We need to center the school reopening argument on faculty and staff, not students 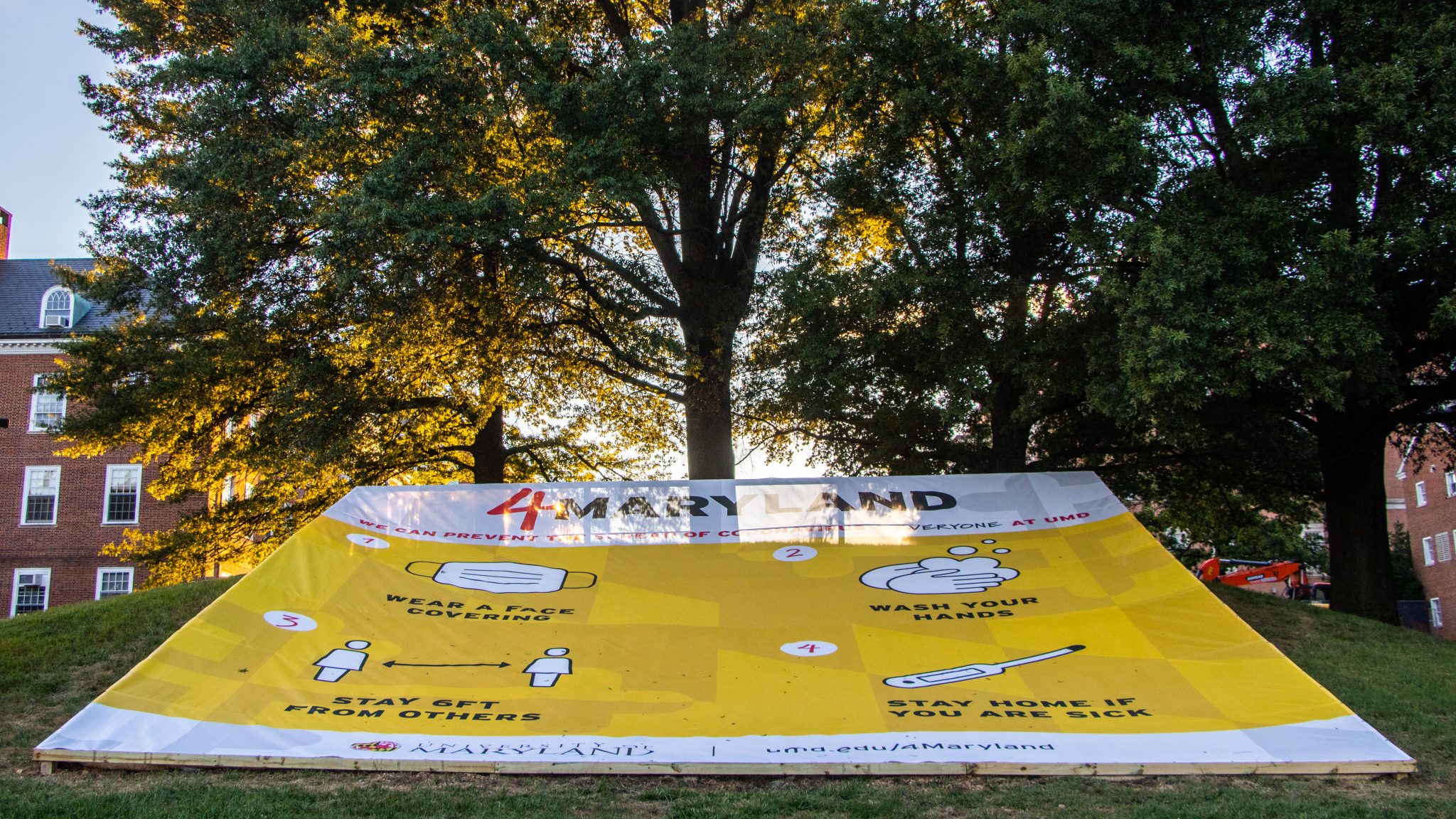 A health and safety banner now welcomes students back to the campus. (Julia Nikhinson/The Diamondback)

Over the last six months, I’ve heard an incredible number of arguments on whether schools, including the University of Maryland, should reopen in the fall. On both sides, the conversation seems to be primarily centered on one group: students. Politicians with ulterior motives claim the need to “maintain normalcy” and “keep students on track,” while others point to students with immunodeficiencies and vulnerable parents. This isn’t a new development — whenever educators consider a strike, they are often met with pleas to “think of the children.”

This is a dangerous, and frankly dehumanizing, line of thought. And it’s one that’s only gotten worse during the pandemic. Teachers and support staff are expected to drop everything to help the next generation, even if their own wellness is in danger. Usually, this danger relates to salary and their ability to support themselves as they perform this vital role. But during COVID-19, these workers are being asked to risk their lives for the relative convenience of students.

The White House prioritized getting kids back in schools and apparently, this university listened. The University System of Maryland announced in late May that it would allow students to return to the campuses for a hybrid semester, as system Chancellor Jay Perman argued students “need the campus environment as much as they need our courses.” This university aggressively pursued this goal, reopening dorms and dining halls and even forcing the library to reopen faster than initially planned — all for the students.

The idea of prioritizing students over all others is absurd, and it needs to end. Now, I’m not arguing that students don’t have a vested interest in returning to the campus. It can be very difficult to work from home, and there’s almost no question that school is better in person. However, for students, online classes are simply an inconvenience. For faculty and staff, rushing the school to reopen could be a death sentence.

While students may still go out and not worry about the virus, citing their youth and good health, they forget about who takes care of them. This university is filled with support staff — housekeepers, facilities management workers, Dining Services workers and more — who ensure the school’s functionality and clean up after partying students. The staff, which is disproportionately Black and Hispanic, knows the risks. And they are afraid: 57 percent of workers said they have either “a great deal” or “a lot” of concern about the university’s reopening plans. Unfortunately, many don’t have a real choice about whether to return, as they rely on this income to support themselves and their families.

The university has shown no mercy on faculty, either. The school released a set of guidelines mandating that each unit in academic affairs start moving employees back to the campus and ordering them to staff in-person offices five days a week. Not to mention, in-person classes start on Sept. 14, putting professors, who tend to be older and thus more vulnerable to COVID-19, at a direct risk.

Both faculty and staff have responded to this university’s demands with anger, but they still aren’t at the center of the debate. Instead, the university continues to focus on giving students the most “normal” experience possible while ignoring those who could lose everything in the process. It’s imperative this university, and those involved in these conversations, stop prioritizing the students’ happiness over the workers’ health. Personally, I’d rather take my classes over Zoom than see my professors die after a premature return to the campus. It’s more than alarming that the university doesn’t see it the same way.