Montgomery County needs to own up to its faux progressivism 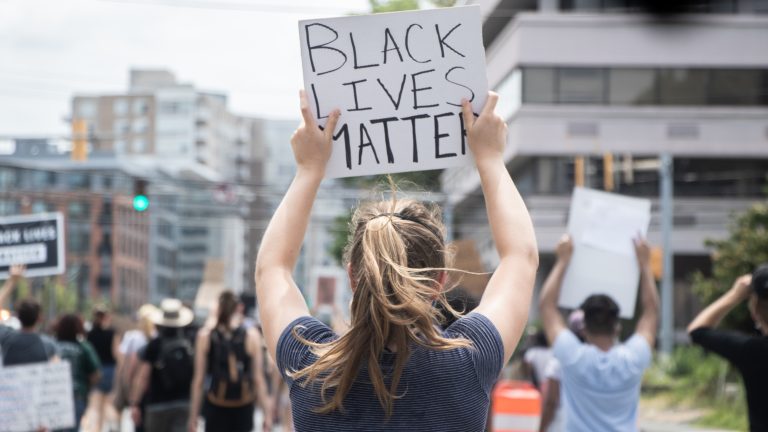 A woman holds a 'Black Lives Matter' sign at a protest in Silver Spring on June 28, 2020. (Julia Nikhinson/The Diamondback)

In today’s volatile social climate, it seems like people worry more about being called racist than about racism itself. While the majority of society rightfully condemns overt acts of discrimination, implicit racism is a much more normalized part of our daily lives. Nobody is exempt from perpetuating this culture of casual racism, including those who may work the hardest to appear outwardly “woke” — the white progressive elite.

Although white progressives may be well-intentioned, they have cultivated a specific brand of liberalism that serves to reinforce racist structures in this country. I’d characterize this brand not as an unawareness that racism exists in the world, but as a refusal to believe that they could possibly contribute to it. As a result, white liberalism breeds a culture of implicit racism and performative wokeness.

Growing up in Bethesda, Maryland, I’ve experienced this phenomenon firsthand. Although Montgomery County is ethnically diverse and multicultural, I went through high school surrounded by white classmates whose parents were affluent and highly educated. The county is progressive, and the white elite dominate the political ethos in areas such as Bethesda, Chevy Chase and Potomac.

One way this type of community fosters implicit racism is through its elitist worldview. For example, there was an unspoken expectation at Churchill — the public high school I attended  — for students to attend a four-year university after graduating. Spots at prestigious and expensive institutions, such as the Ivy Leagues, were especially coveted. On the other hand, people who chose to work or go to community college instead were judged for being less intellectual than the rest of us.

This type of classism is inextricably linked to racism. Upper-class white liberals speak out against racism while simultaneously demeaning anyone who doesn’t share their level of income or education. In reality, white privilege plays a huge role in having the opportunity to get a good education and job in the first place.

In addition, white people think simply claiming the label of “progressive” or “Democrat” is sufficient to show that they are not racist. There’s an immense pressure to act woke and politically correct, resulting in performative liberalism and virtue signaling — but no legitimate change. People get to feel good about themselves without having to help the communities that actually need it.

The key to solving this problem is to start having difficult conversations about race. In schools, this could be implemented through anti-racist curricula that teaches students how to examine their internalized biases. In fact, students and alumni from the University of Maryland are currently fighting for anti-racist curricula in Maryland schools, beginning with Montgomery County Public Schools. I certainly would have benefitted from having anti-racist curricula when I was in high school — it wasn’t until college that I realized how much my worldview was based upon principles I learned from my non-Black parents and teachers.

The path to social justice is a continual process and we should always be striving to do better. If people are taught how to think critically about these social issues, then we can foster genuine compassion for bettering our community, rather than being fake woke for the sake of checking off liberal boxes. I hope that white progressives will normalize having these uncomfortable discussions, and perhaps we can transform the culture for future generations.