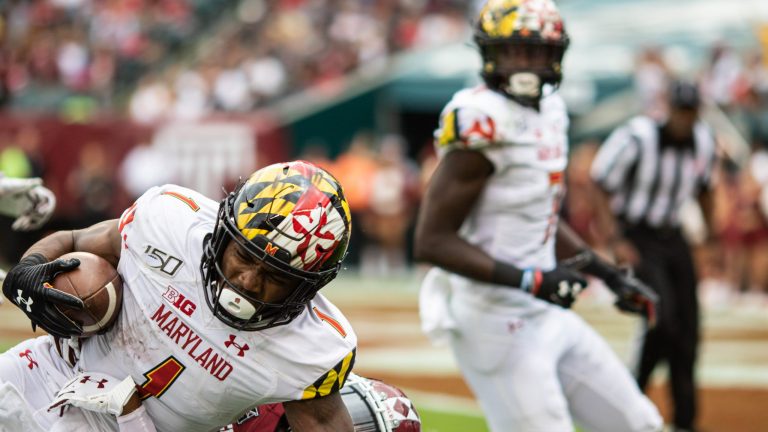 On August 11, when the Big Ten made the almost inevitable decision to postpone fall sports, a series of questions followed. How long would the postponement last? What needs to happen in order for sports to start again? Who even made the final decision on abandonment?

While all of those, unsurprisingly, have remained as unclear as they were 10 days ago, another, perhaps less-considered, question is starting to develop: what will athletes do until they get to compete again? Some have continued practicing — albeit with less rigor than a normal season might demand. Others have opted out until the coronavirus pandemic stipulates that a safe playing environment is available.

And, Friday morning, another option emerged, as the first Maryland football player elected to transfer. Wideout DJ Turner, a redshirt senior and presumptive key piece in Maryland’s receiving corps, will look to play out his final season away from College Park, he announced on Twitter.

Turner is the first of what could be a wave of Terps to bolt to greener pastures after the Big Ten cancellation. Although the Pac-12 also elected to call off its season, the Big 12, SEC and ACC have been steadfast in their decision to play this fall — leaving opportunities for at least some clarity as to when athletes might take the field again.

And although the wideout has faced off-field controversy, Turner projected to be a large part of Maryland’s offense for his final year — a crucial part of a much-improved attack poised to be far more effective than the Terps of years past.

Such a role had been a long time coming for the DeMatha High School product. He played sporadically his freshman and sophomore campaigns in College Park, totaling 51 receiving yards in his first two years.

But in 2018 he served as one of the few bright spots among a team defined by its off-field controversy surrounding the death of lineman Jordan McNair. Turner appeared in eight games, snagging 13 passes on relatively few targets while showing potential running the ball. He was also among the Terps’ best players in their biggest games — a knack personified by five catches against Texas and a 54-yard touchdown grab vs Minnesota.

2019, then, projected to be a breakout year for the 5-foot-9 Turner. With a new quarterback behind center and a more experienced coach at the helm, Turner figured to have more opportunities as a punt returner and wide receiver.

And through three games, he was on pace to deliver. Turner averaged 21 yards per catch, showing big-play potential from scrimmage. He also made his presence known on special teams, recording Maryland’s first punt return touchdown since 2016. But a DUI charge on September 20 brought his breakout season to a grinding halt — and he redshirted the remainder of the year.

Fall 2020 was supposed to be one of great promise for Turner and the Terps. With Taulia Tagovailoa joining the ranks, as well as a strong incoming recruiting class, Maryland was supposed to improve on what had been a torrid 2019 season. But the coronavirus pandemic and its deadly implications brought those hopes to a grinding halt.

And now, with near-silence from the conference as to when sports might pick up again, athletes are left to speculate and wait for their opportunity to play.

Thus, amid a flurry of unanswered questions, Turner’s decision to transfer brings another query into the fold: Who’s next?