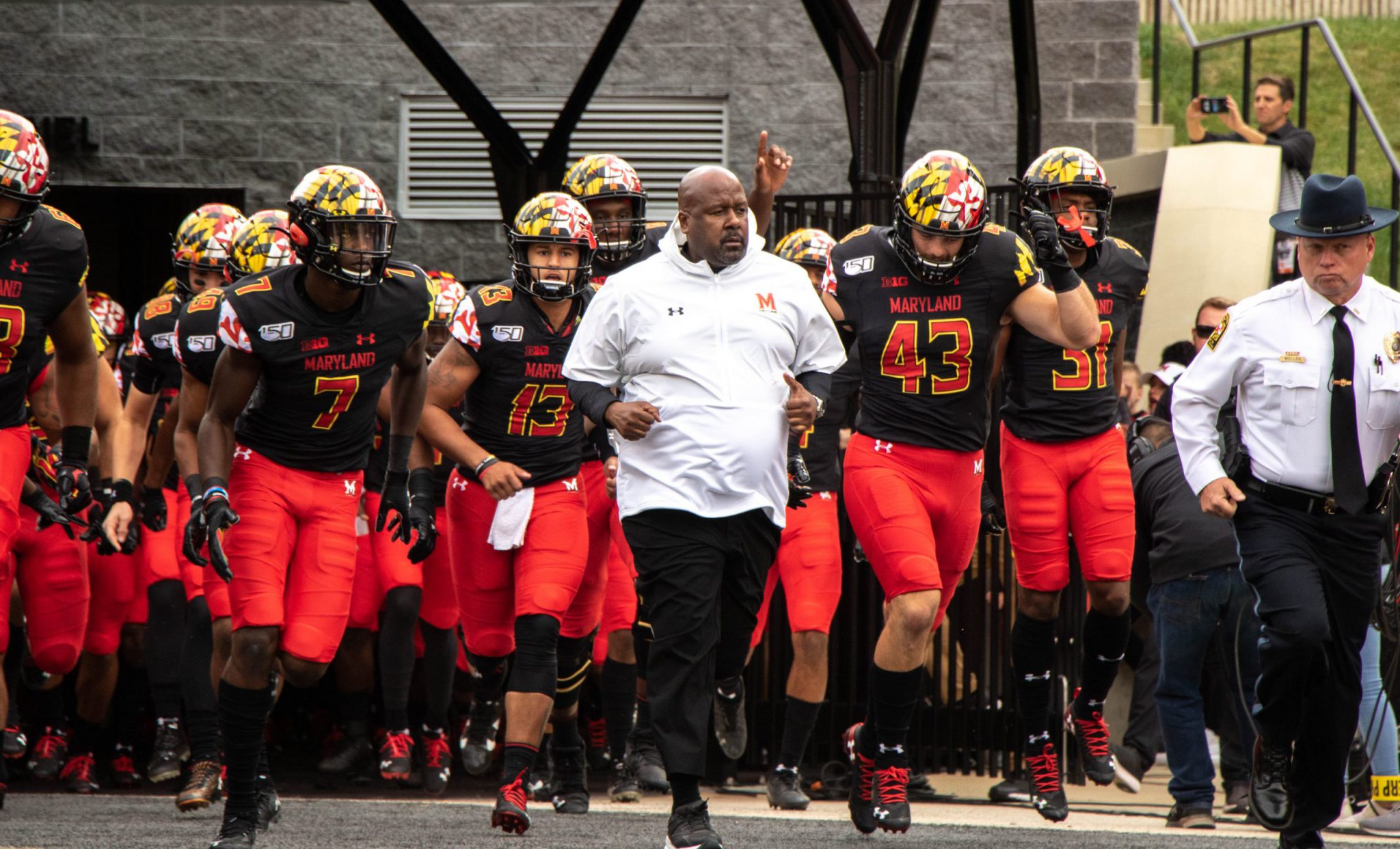 Maryland football head coach Mike Locksley runs on to the field with his team before the Terps' 34-28 loss to Indiana at Maryland Stadium on Oct. 19, 2019. (Julia Nikhinson/The Diamondback)

Under the leadership of Mike Locksley, Maryland football’s recruiting fortunes have taken a turn for the better. The Terps have snagged some of the top local talent available in Nick Cross and Rakim Jarrett. They have also extended their research beyond the DMV, securing the transfer of Taulia Tagovailoa from Alabama, as well as the commitment of numerous highly-touted prospects from Florida, Kansas and Michigan.

However, despite its expanded presence, Maryland has still fallen short on some key prospects. Five-star quarterback Caleb Williams, a DMV native, bolted for Oklahoma. Others have opted for bigger programs. And on Sunday, the Terps missed out again, as four-star linebacker Greg Penn III committed to LSU, he announced on Instagram.

Penn is listed by Rivals as the sixth-best inside linebacker and a top-100 player in the class of 2021. He would have been Maryland’s fourth four-star commit this cycle, joining Demeioun Robinson, Marcus Bradley and Taizse Johnson. Three-star Gereme Spraggins is the Terps’ only linebacker commit so far. The Hyattsville native also would have been the first Terps commit from nearby powerhouse DeMatha Catholic High School for 2021.

In his junior season at DeMatha, Penn led the Stags to a 7-4 record, slogging through the highly competitive Washington Catholic Athletic Conference. He played alongside top defensive talents Colin Mobley and Jason Moore, both Power Five conference level talents. Still, Penn stood out among the talented group.

Though starting linebacker Shaq Smith will graduate after the 2020 season, Maryland retains depth at the position. Junior starters Ayinde Eley and Chance Campbell should return for the 2021 season barring a surprise draft declaration, and incoming four-star freshman Ruben Hyppolite II — the second-highest rated player in Maryland’s 2020 class — will likely take over for Smith.

In addition to LSU and Maryland, Penn also considered South Carolina as part of his top three. He had offers from Alabama, Tennessee and Texas A&M, among others.

Maryland’s recruiting class sits 18th in the country and fifth in the Big Ten, according to 247 Sports.