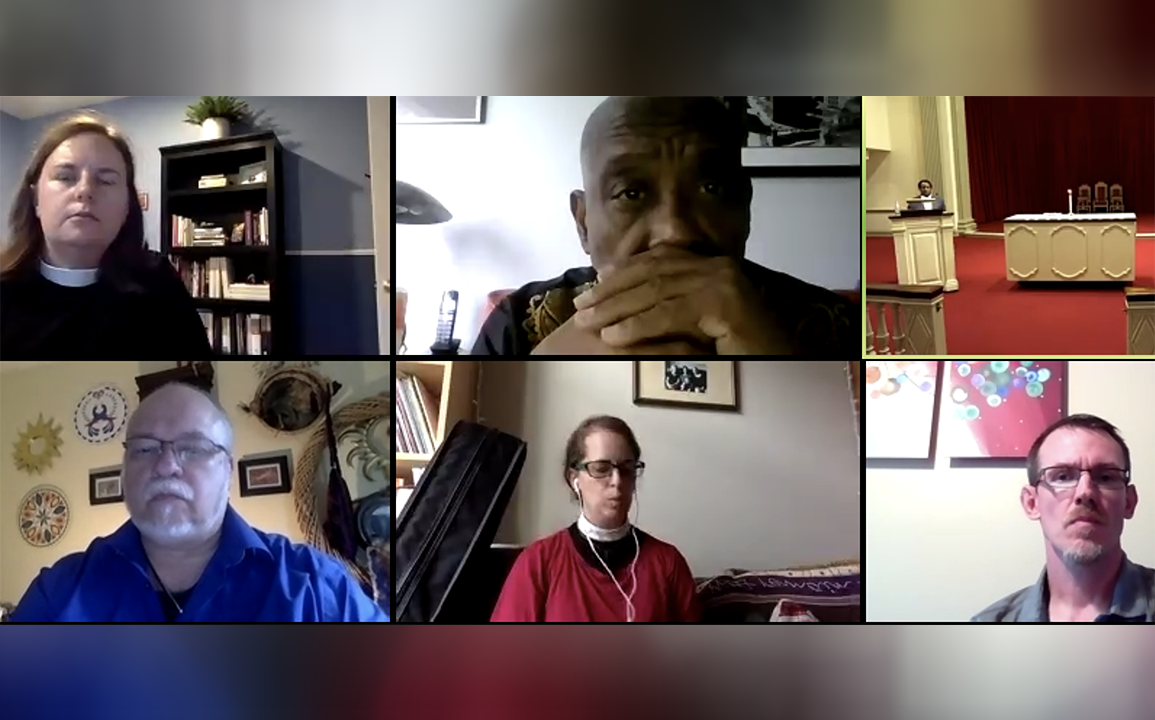 Rev. O’Brien Wimbish stood in Memorial Chapel Tuesday night, speaking to a virtual audience during College Park’s Black Lives Matter interfaith vigil. Surrounded on the screen by a grid of religious leaders, he recited the names of the Black men and women who have recently lost their lives.

Ahmaud Arbery. Breonna Taylor. George Floyd. 2nd Lt. Richard Collins. Say their names, Wimbish said during a performance of “Go Down Moses” — a song that tells the biblical story of the Israelites liberation from slavery and that was sung as slaves fled to freedom on the Underground Railroad.

[In a nation gripped by protests, PG County churches and congregants turn to prayer]

Many of the religious leaders lit candles during the vigil, and the event included eight minutes and 46 seconds of silence to symbolize the duration that a white Minneapolis police officer had his knee on Floyd’s neck.

The spiritual leaders prayed, asking for guidance, justice and action in ending systematic racism in the country, College Park and on this university’s campus.

“We pray that this College Park community of faith leaders will continue the dialogue, go forward with action, whether anyone else does or not,” said Rev. Stephen Wright, pastor at the First Baptist Church in College Park.

Many of the leaders prayed for cooperation between different faiths and communities, healing, understanding of the intrinsic racism in society and historical racism, and, most markedly, that action against the injustice continues to be taken by religious leaders and communities.

College Park Mayor Patrick Wojahn, who helped organize the event, said he hoped this event provided solace to the community in this time and will lead to further action.

Wojahn said he had struggled to “find the right way to respond” as a leader, especially when many actions don’t feel adequate. But, he said, he looks forward to the future to find solutions and make the College Park community feel like home.

Wimbish, who works with this university’s Black Student Ministries, also looked to the future, noting his gratefulness for students at this university that will “no longer remain silent on the injustices, the inequalities and the racism that has been a part of America for over 400 years.”

Wimbish proclaimed in prayer, “God, we will overcome. Just like Pharaoh let the people go, we will let racism go.”