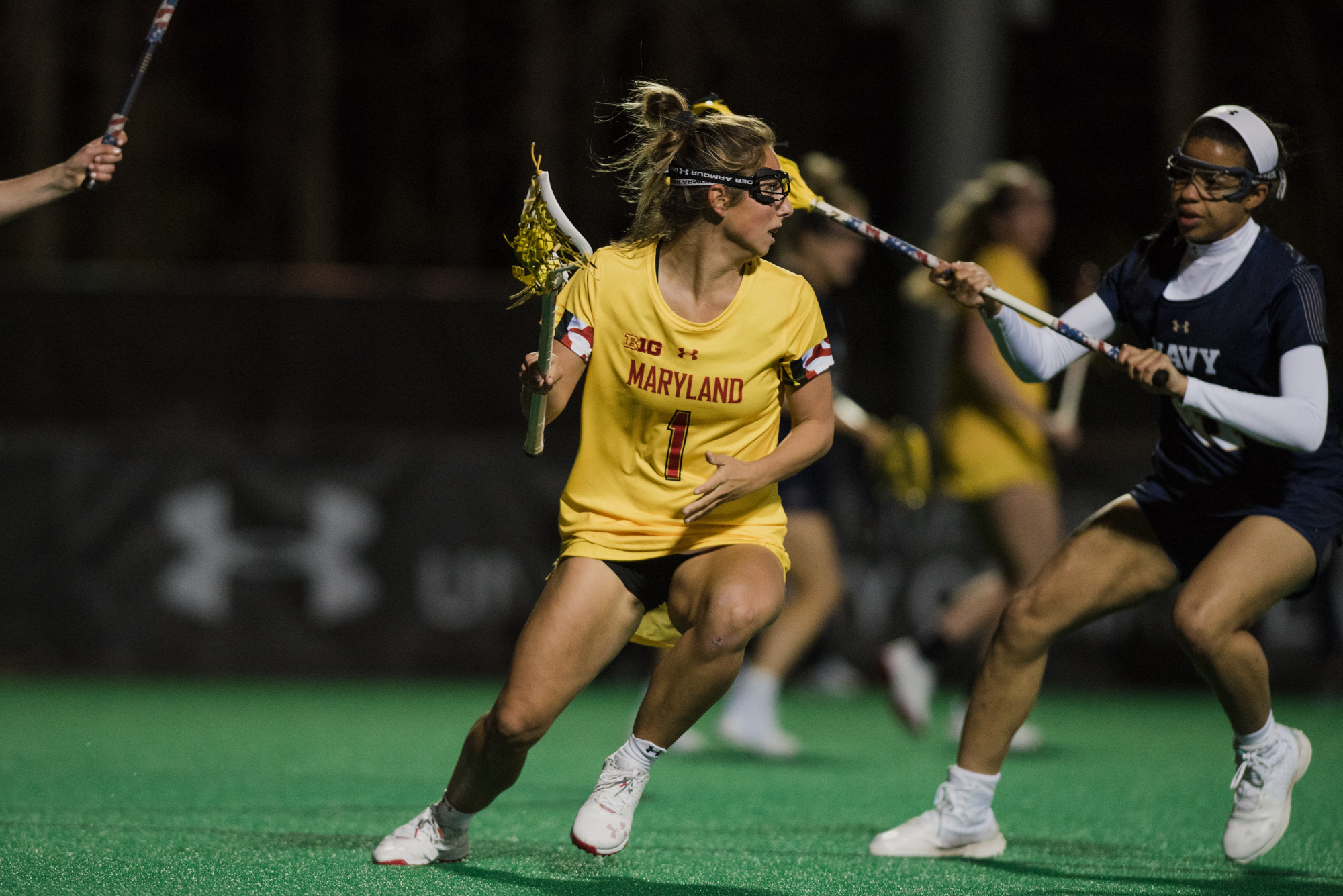 Attacker Brindi Griffin cuts through the defense during Maryland women's lacrosse's 16-7 win over Navy on March 4, 2020. Griffin is returning to the Terps for one more season, she announced June 16. (Gabby Baniqued/The Diamondback)

Captain Brindi Griffin is returning to Maryland women’s lacrosse for the 2021 season, taking advantage of the additional year of eligibility for spring sports athletes following the cancellation of athletic events due to the coronavirus pandemic.

“After much thought and consideration, I am so thrilled to announce that I will be returning to the University of Maryland next year,” Griffin said in a statement.

The 2020 Big Ten Preseason Player of the Year is the first senior to announce a return to the Terps. Meghan Doherty and Kali Hartshorn both announced they would forgo their option to play another season in April.

Griffin was primed for a banner year in 2020 before an abrupt end. In her final two games, she notched eight goals, giving her a team-leading 15 tallies. It was enough to earn the attacker an honorable mention for Inside Lacrosse’s All-American team.

“Growing up, my biggest dream was to play lacrosse for the University of Maryland,” said Griffin. “Being able to live out this dream for the past four years and compete alongside my best friends, and for the most amazing coaches has been the best four years of my life.”