It doesn’t matter if ‘defund the police’ is politically wise 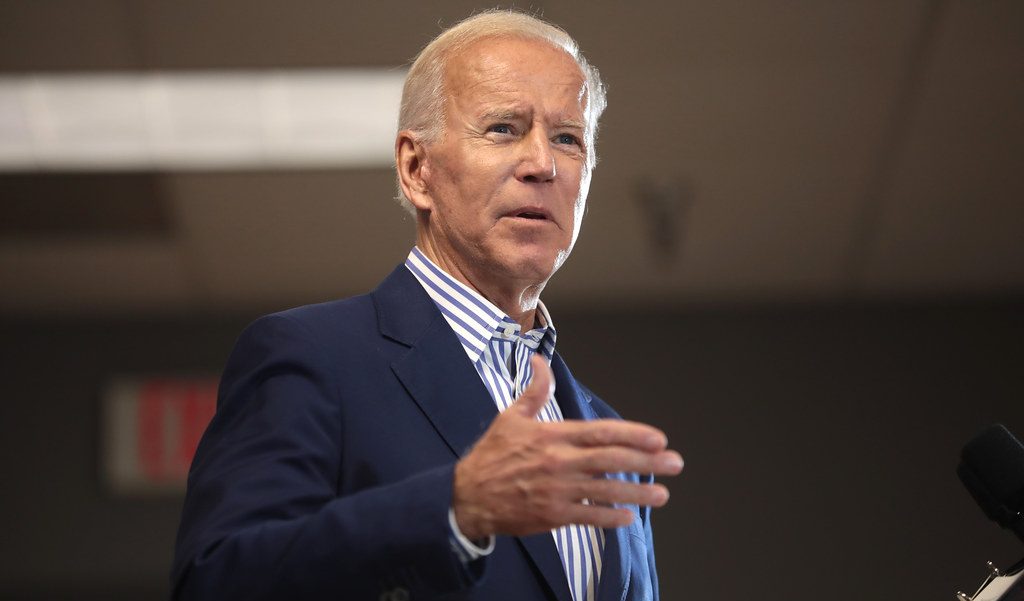 Democratic presidential nominee Joe Biden, who has argued against defunding the police in the wake of recent Black Lives Matter protests. (Photo via Flickr)

In a recent op-ed that perfectly captures some Democrats’ anxiety surrounding the ongoing Black Lives Matter protests, CNN’s Chris Cillizza argues that “Defund the Police” is a “massive political mistake,” writing that the use of the slogan will hurt Democrats’ electoral chances  — and there are many other pieces like his.

The slogan may indeed prove troublesome for some Democratic politicians. When confronted on The View with the question of whether she supports the initiative, Sen. Kamala Harris had to spend over five minutes rhetorically dancing around the question, trying desperately to be neither overly sympathetic to the police nor so critical as to alienate her from the more conservative stance of presumptive Democratic presidential nominee Joe Biden, who has argued against defunding. Minneapolis mayor Jacob Frey was uproariously booed at a protest and sent to a comical walk of shame after he said he doesn’t support defunding the Minneapolis Police Department. And President Trump has already tried to use “Defund the Police” as a cudgel against Democrats, hoping to appeal to his racially resentful base by framing Democrats as being on the same side as radical activists.

But a real movement for social justice and challenge to the racist American criminal justice system can’t be bogged down by media speculation about what the mythical “median voter” wants or how a slogan affects politicians’ communication strategies. “Defund the Police” may come to define this movement — and that’s a good thing, regardless of how it plays out for the Democratic establishment.

Much of the Black Lives Matter movement — but, unsurprisingly, not the right-wingers like Sen. Mitt Romney or corporations such as Amazon and Nike, all of whom ostensibly support the movement — has taken up the call to defund or abolish the police. Many mainstream pundits like Cillizza suppose that the activists calling to defund or abolish the police don’t really mean it; in their formulation, what activists really want is to reform police departments to better work with communities, so a slogan like “Defund the Police” only creates a sticky situation for establishment Democrats.

But when many activists say defund or abolish the police, they mean exactly that. The demand is, to a large extent, informed by the prison abolition movement. Abolitionists such as Ruth Wilson Gilmore and Angela Davis understand prisons as harmful to society, and they envision a society that addresses the causes of crime rather than focusing on criminal punishment. Poverty reduction, housing, education, health care and mental health services are all central to abolitionists’ goal of creating a society without an apparatus of governmental punishment.

Similarly, activists today are looking to do more than just reform the police. Defunding isn’t necessarily the same as abolition, but both go beyond reform. Rather, they are dismantling the institution in some way instead of changing it to be more palatable. Taking funds away from the police — or getting rid of the institution entirely — and allocating those resources toward initiatives that actually help marginalized communities is an exercise in reducing the power of the police and not just changing how they behave.

In some ways, the criticism of the use of the slogan “Defund the Police” is similar to the concern over Sen. Bernie Sanders’ popularization of Medicare for All or single-payer health care. Democrats feared it was too extreme a position and that it was untenable for the party to make such a demand. But the movement Sanders inspired helped push the party further to the left on health care — now, even Biden proposes a large expansion of the Affordable Care Act, which, though it isn’t as comprehensive as single-payer, is an improvement on the Obama administration’s plan.

The mainstream American political system has a relatively small ideological spectrum and a tightly constricted imagination of what society can look like. Naturally, very few people knew what prison or police abolition was before the latest wave of Black Lives Matter protests. In that sense, it has already been successful. Radical activists have educated the public, helped catalyze some reforms and, most importantly, elevated calls for substantial cuts to police departments’ budgets.

Unfortunately, even fairly large reforms have been ineffective in the past. In Camden, New Jersey, where the police department was “disbanded” in 2013, the police now have arguably even more power, and its relationship with the Black community remains poor.

Just considering what is politically wise for the Democratic Party, it may be best to leave the conversation at reforming police departments so that fewer high-profile incidents of police shootings of Black citizens occur. But working within the bounds of acceptable debate isn’t good enough. What’s important is that “Defund the Police” nudges the sclerotic political system slowly in the direction of real change.

For mainstream politicians and elite media figures, a society without police or prisons seems unattainable. If activists start letting them determine this movement’s goals, it will be.

Zachary Jablow, opinion editor, is a rising senior economics and government and politics major. He can be reached at zachjablow@gmail.com.