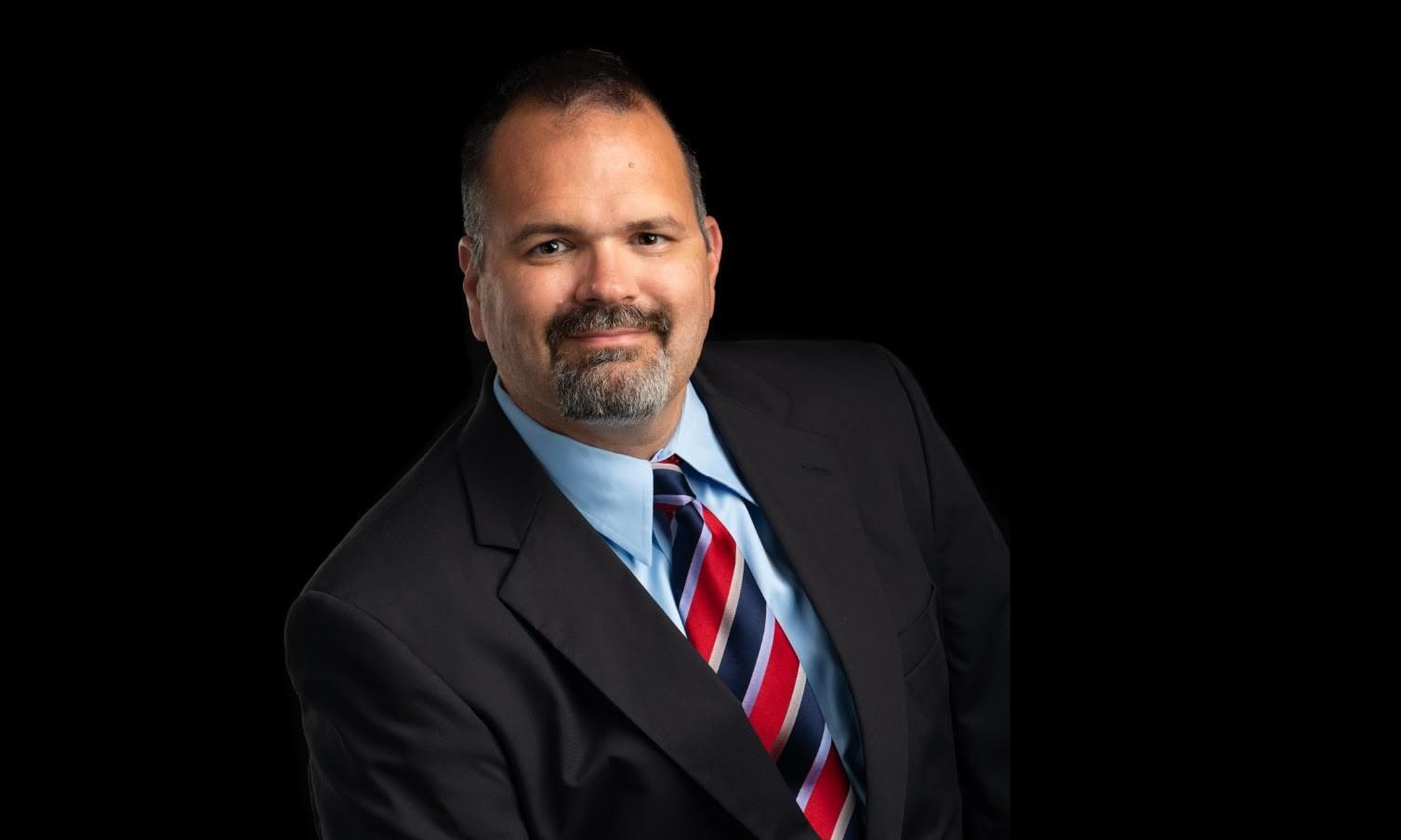 Jonathan England, a professor at the University of Maryland, died earlier this month at the age of 47. (Photo courtesy of Marci Deloatch)

At night, before his sons went to sleep, Jonathan England would tell them stories of “Tio Campanero” — a character of his own invention.

The stories usually came along with a moral, his wife, Adrienne England, remembered. Some were about being kind, while others were about being a good sport. Their children can be competitive, she explained, and don’t like to lose.

“He was just very proud of our children,” Adrienne said. “He really enjoyed being a father.”

Jonathan England’s colleagues and students in the University of Maryland’s African American Studies department knew this well. During Zoom meetings, even though his daughter and three boys could often be seen in the background, he never shooed them away. His love for them was always so obvious — he would talk about them in the classroom, positively beaming.

Now, all who knew and loved England are grieving his loss. He died from a heart attack on June 1 at the age of 47.

When England’s friends, coworkers and students talk about him, they remember him as someone who loved people deep down to his core. Someone who was the textbook example of an ally — a white person who never overstepped in his activism. A fiercely devoted professor and mentor.

But to his wife, England was loving and selfless, a man who always put his family before himself. He was the smartest person she knew, she said, with a memory that often helped them take home a win on trivia night.

They met on an online dating site in February 2007, when Adrienne was 27 and England was 34. While Adrienne doesn’t remember what his bio said, she remembers it made her laugh out loud — as he would continue to do for their nearly 12 years of marriage.

Adrienne still remembers when she took her daughter, Ryann, to meet England for the first time. Her daughter was about 5 years old then, rolling around on her Heelys. The whole time, England was worried she would get herself hurt, Adrienne said.

“Our daughter was not his stepdaughter,” Adrienne said. “She was always his daughter.”

As Ryann grew up, England would take her to the park, where they would shoot hoops, challenging one another. Now, Ryann is 18 and plays basketball for East Carolina University — but England still liked to pretend he could beat her, Adrienne said.

He would joke around, talking about the days he almost had a basketball career and how everything fell apart after he sprained his ankle.

“He was very silly,” Adrienne said.

“He was aware of his own whiteness in a way where it wasn’t patronizing,” Nichols recalled. “He was literally concerned for the well-being of his fellow human beings.”

“His love for people and the topics that remain close to his heart just drove him to be the great professor, friend and administrator that he was,” he said.

And at a time when protests against police brutality and systemic racism are sweeping the country, his death is especially tragic, said Mike Locksley, this university’s football coach.

For two weeks now, people have taken to the streets to demand justice for George Floyd, a black man who died after a white Minneapolis police officer pressed his knee to his neck for almost nine minutes. In that time, there has been a spike in interest in podcasts, documentaries and books that explain the deep-rooted nature of racism in the U.S. and spell out how to be “anti-racist.”

“I know he would be one of the first people out there championing and lecturing and educating people,” Locksley said.

For one of England’s former students, Brittney Woods, the professor’s allyship could be traced down to how he saw people. He never ignored their skin color, but he focused on their humanity, Woods said.

Some suggested that England’s passion for African American Studies might come from where he grew up. From the first time Nichols talked to England — when Nichols was a sophomore at the university and England was a teaching assistant — he said he could tell where England was from.

“He had the whole Prince George’s County kind of swagger,” he said.

England’s roots sunk deep down into his choice of slang, which he transformed into an inside joke with his students and colleagues by exposing the “bama of the week” on social media.

“Bama” is the Prince George’s way of calling someone dumb, explained Marci Deloatch, coordinator and business manager for the African American Studies department. Sometimes, she said, England would call out a politician who said something they shouldn’t have. Other times, he’d share a funny local news story.

Roger Goodell is #thebamaoftheday. I guess Kaepernick's kneeling was just a pre-game stretch for you sure as hell minimalized his pain, anger and frustration. https://t.co/cAwzHxtHYZ

England’s bama of the week came up more than once at a vigil the university held for him June 2. There, dozens of students, faculty and alumni remembered him as a kind and supportive professor. For Woods, though, he was more than that. It was almost like he was magical.

His class felt different than any she had ever taken before, Woods said. He allowed students to have organic conversations about current events, tying everything back to the course material. And, she said, he was able to connect concepts to his students’ daily lives.

Most of the time, when Nickerson glanced into classrooms as he walked past, students would be on their phones or about to fall asleep. That wasn’t the case for England’s classes, though.

“People were like they were at a concert,” Nickerson said.

At home, Adrienne often watched England plan his classes. He wanted to make a difference, she said; he wanted to reach students. He would jot down ideas on little note cards, thinking up topics to discuss with his students and ways to engage them. Adrienne would sometimes take a peek at the cards to try to decipher what he was up to.

“His handwriting was very difficult to read,” she said, laughing. “He should have been a doctor.”

But Jonathan’s magic did not end in the classroom — it followed his students for life.

Woods currently works as a yoga instructor, she said, and is trying to figure out how to use her degree in African American Studies to promote wellness. As she navigated adulthood, she said England would check in on her. “I see what you’re doing,” she said he’d tell her. “I’m proud of you.”

A month ago, the coronavirus pandemic had forced Woods to move her instruction online. One of her new students was England. He tried to get the whole family involved, too, Adrienne remembered. As England mirrored Woods’ poses, the boys sat by his side for as long as their attention span allowed.

And for Jamie Tyson, England was a sort of father figure. The last part of the spring semester was especially rough for her, she said, but England was there for her. He always was.

Back when she was England’s teaching assistant last fall, she’d always come to class with coffee and breakfast. Sometimes, England would ask about her favorite order from Starbucks and Chick-fil-a. Then, on the last day of the class, he surprised her with both.

“The way that he supported everyone and especially me — that’s something I’m definitely going to carry within me,” said Tyson, a rising senior African American Studies major.

England was a teacher for Adrienne, too, she said. He would explain what was going on in the news or aspects of the law she did not fully understand. It’s going to be different, she said, not having him here with her at a time when the nation is in turmoil.

But he did leave her with an important lesson about what will bring change in this country, she said: voting. He taught her that if you don’t use your voice, you won’t be heard, she said.

And the night before he died, England left one final lesson to the world.