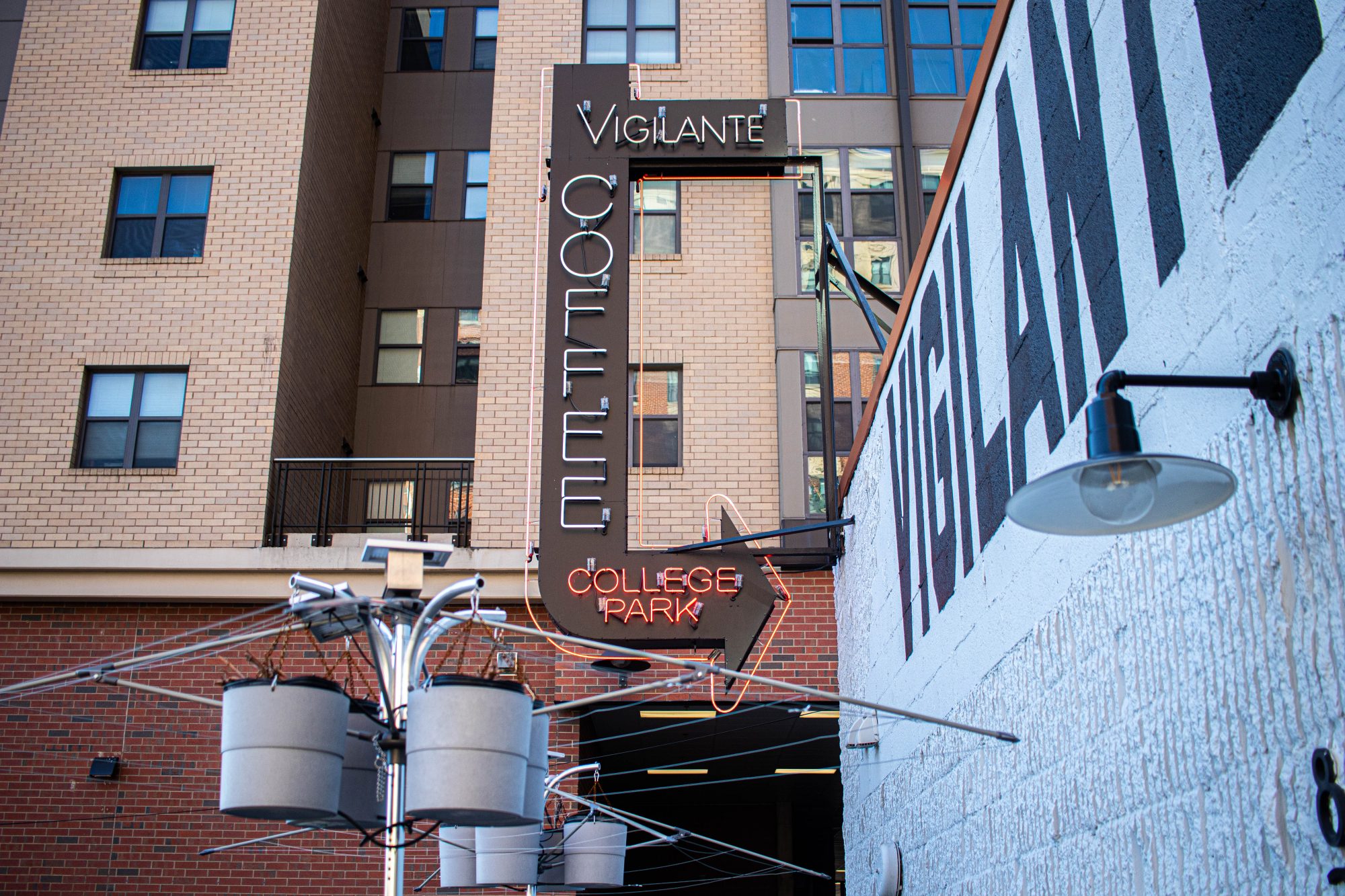 When Chris Vigilante first entered the coffee industry, he wanted a job that was recession-proof. And coffee, he said, has historically played a vital role during times of tribulation and tragedy.

In late March, when the coronavirus pandemic took hold of the country, Vigilante had to temporarily close both of his Prince George’s County coffee shops. But that didn’t prevent his team from grinding out about 250 pounds of coffee — all to donate to organizations across the country.

Vigilante Coffee has since donated hundreds of ten-pound bags of coffee to hospitals, police departments and other organizations from coast to coast — Seattle to New York — in an effort to fuel those fighting on the frontlines of the pandemic.

“In times of struggle, people will drink more coffee. They’ll use it as a way to fuel themselves,” said Vigilante, CEO and founder of the coffee company. “This is kind of helping us keep at our mission of bringing good karma to the world through coffee.”

As the number of confirmed cases grew nationwide, the team at Vigilante sat together and brainstormed what the company could do to support essential workers. The solution soon became apparent: coffee donations.

Glenn Roessler, the company’s special events coordinator, said the team felt it had to do something to help out.

“For us, it’s all about being able to do the little stuff and say thanks for what they’re doing for us,” Roessler said.

Marisa DiCola, a registered nurse at a small community hospital outside of Pittsburgh, said the donations have helped her and her colleagues make it through the busy days and nights at work.

Everyone loved the coffee, which came in two different flavors, she said. One coworker even had about six cups in one night shift, she added.

“Being the little hospital that we are, to know that they’re thinking of us was so special,” DiCola said.

Vigilante said he’s noticed many workplaces don’t have high-quality coffee around, and with a lot of specialty coffee shops closed due to the pandemic, access to quality coffee can be limited. The company is proud to be able to donate something that is not only delicious but also fuels people, he said.

Rebecca Schwartz, development and operations director for the foundation, said the donations were both unique and important for the officers serving on the frontlines. Coffee can reinforce a sense of community during times of crisis, she said.

“We often see it as a connector,” Schwartz said. “You’re taking a moment, you’re making your coffee [and] you have time to catch up with people and maybe even slow down for a second and just reorganize yourself for a little bit.”

“Without a shadow of a doubt, the main motivation has been not to get tax write-offs but just to just to do something … to help make a difference,” Roessler said.

And in the past few weeks, Vigilante’s operations have been starting up again.

The College Park shop began offering curbside pickups on May 1, Vigilante said. And during a time when small businesses are being hit the hardest, online orders for coffee have also brought in revenue for the company.

However, Vigilante said that — regardless of the financial implications — the donations have contributed to the company’s overall mission of giving back.

“For local businesses that are wanting to help, but maybe not sure if they should or would financially struggle,” Vigilante said, “just do what you can.”