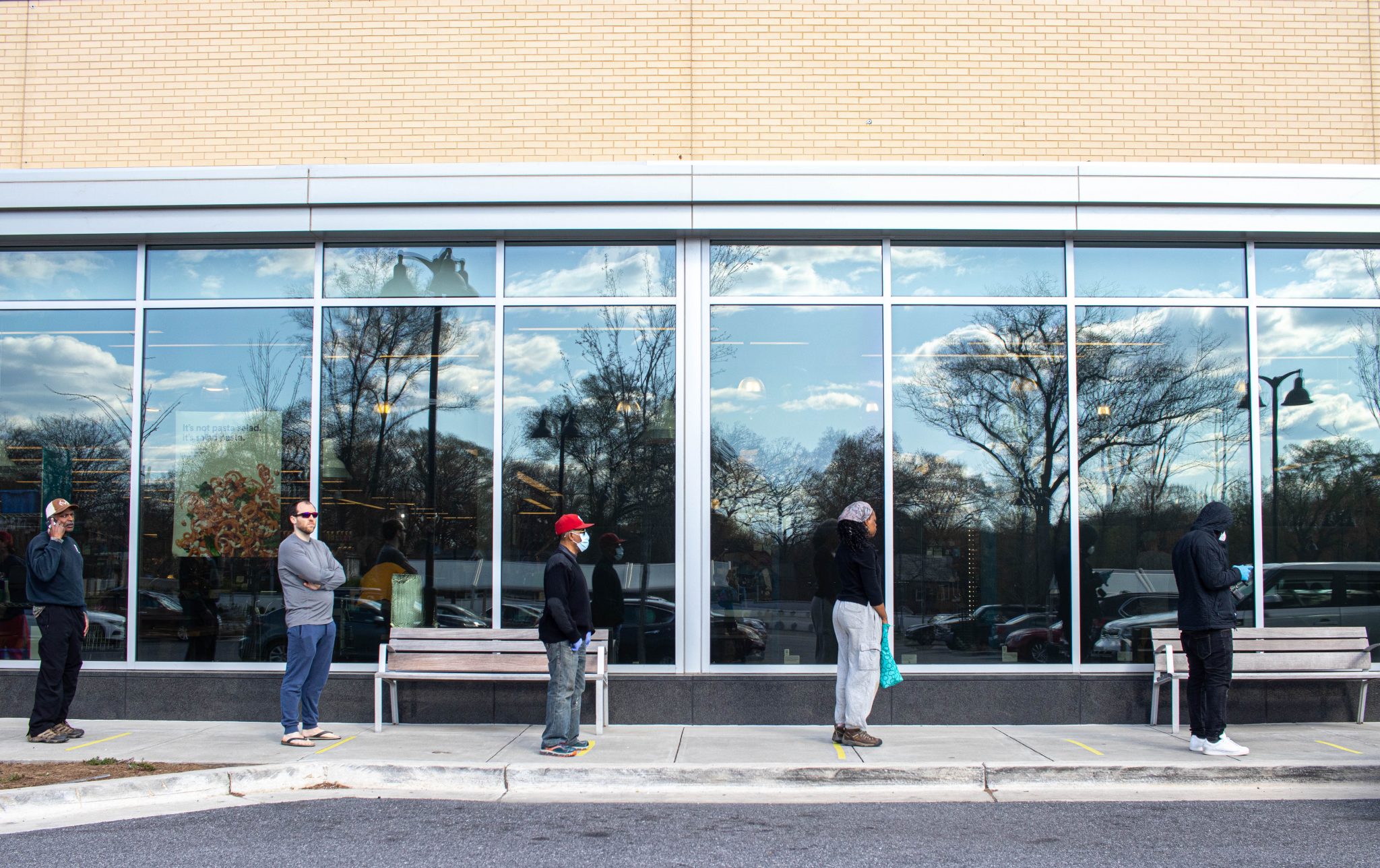 A majority of Americans oppose reopening nonessential businesses in their state, even as governors begin to lift restrictions previously put in place to prevent the coronavirus’ spread, a poll released Tuesday by the University of Maryland and The Washington Post found.

Despite displaying differing levels of opposition in Democrats and Republicans, the survey demonstrated a clear opposition of opening nonessential businesses — as well as a universal anxiety toward the virus itself. The poll also found significant differences in support for state versus federal government responses to the pandemic.

The poll was conducted via phone interviews with a random national sample of 1,005 adults between April 28 and May 3. Overall results have a margin of sampling error of plus or minus 3.5 percentage points, with an error margin of five points for results regarding which businesses should be opened or closed, according to The Washington Post.

“The biggest thing overall is just the extent to which people are very worried, and we see that carry through,” said Michael Hanmer, a government and politics professor at the University of Maryland who co-directed the poll.

While a little over half of Americans feel comfortable going to the grocery store at this time, 67 percent said that they would feel uncomfortable visiting a retail store, while 78 percent made the same judgement about restaurants. However, the largest consensus came in regard to movie theaters, as 82 percent of respondents said movie theaters should not be allowed to reopen now.

The results stand in contrast to demands from thousands of anti-lockdown protesters who have recently gathered in a number of states, including Maryland.

The survey was conducted in part to understand how widespread those attitudes were, Hanmer said. But the protests and fervent efforts from some governors to reopen their states do not reflect the views of a vast majority of Americans both in states with looser lockdown restrictions and those with stricter rules, he said.

“In terms of the mass public, certainly there’s not a lot of support for some of the moves that are going on across these states,” Hanmer said.

Many Americans seem to oppose reopening for fear they will become infected with the coronavirus themselves. Sixty-three percent of those surveyed reported they are worried about getting seriously ill with the virus, up six percentage points from a similar poll conducted by the university and the Post two weeks ago.

In an interview last week, Sandra Quinn, a public health professor at this university, emphasized her own concern with reopening businesses as the virus continues to spread.

“I think what people don’t recognize — and this is the tension between the economic drivers of these decisions and the health drivers — is this is an infectious disease,” Quinn said. “When we start opening, what will happen is we can anticipate that cases will go up.”

The poll also found a significant divide in people’s approval of state government responses to the virus compared to their approval of the federal government’s response. Among those surveyed, 75 percent rated their governor’s overall response to the outbreak as “excellent” or “good.” At the same time, only 44 percent of those surveyed rated President Trump’s response as excellent or good.

It’s fair to assume most people are more in tune with their state’s response, Hanmer said, and look to their state governments to do “a lot of the hard work,” to combat the virus. This is especially true as governors earn more airtime on the news, he said.

Though public concerns remain, Maryland Gov. Larry Hogan said Wednesday he anticipates to begin stage one of the state’s reopening process next week, should the hospitalization rate continue to flatten. That would mean lifting the state’s stay-at-home order, which has been in effect since March 30, and reopening some small businesses.

Even as states begin to reopen, based on the poll’s results, Hanmer anticipates people will be reluctant to “take too many chances” with their health, and businesses will prioritize safety to ensure they have a chance at remaining open longer.

In the meantime, Hanmer and his co-directors at the Post will continue to survey Americans’ anxieties toward the virus and their approval of both federal and state government responses through upcoming polls.

“Now that we have a series of these polls,” Hanmer said, “one of the next steps for us is to really track the spread of the virus and the changes in extent to which people are worried about getting it.”