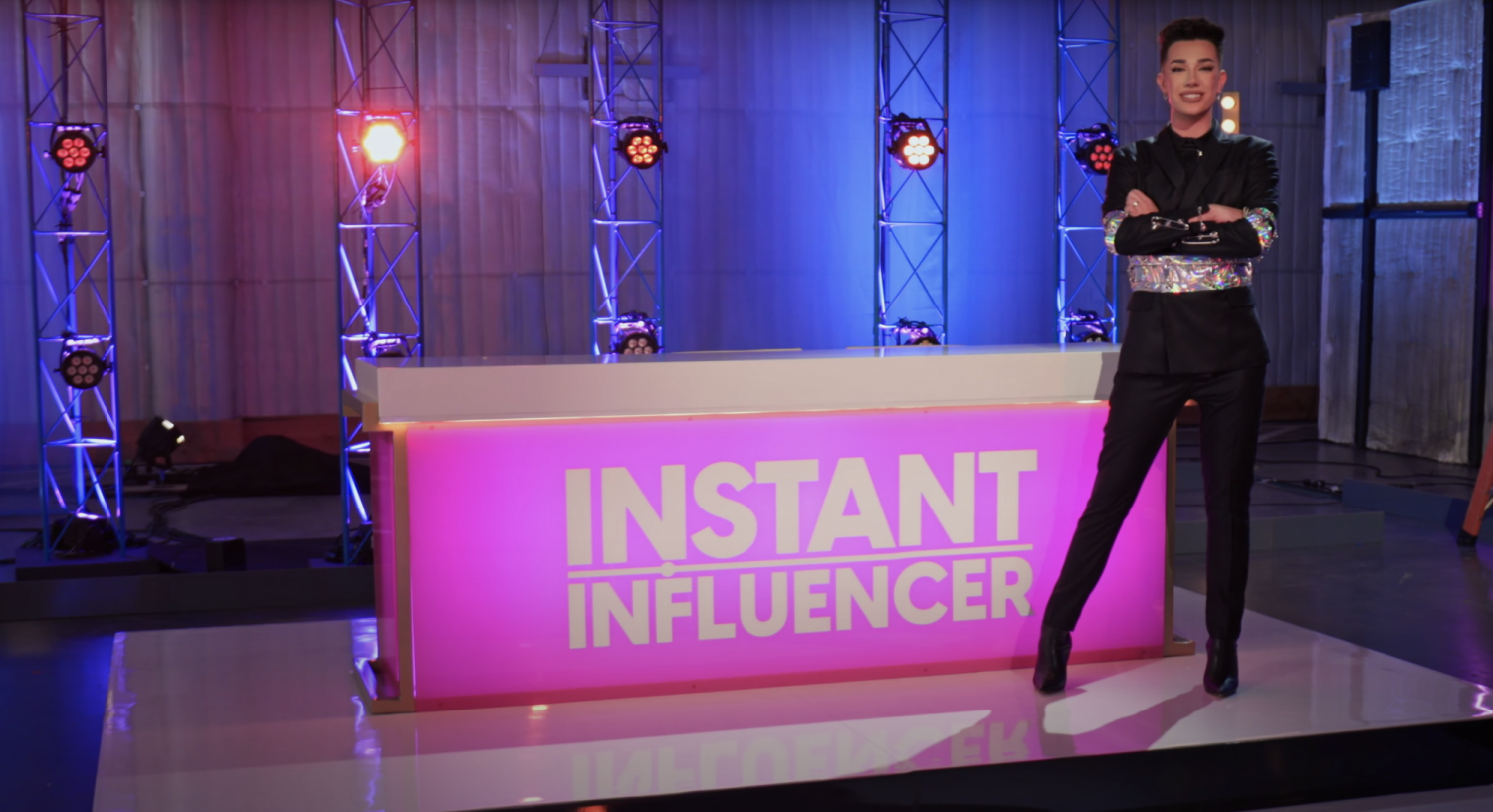 As a devoted YouTube watcher, I’ve witnessed the evolution of a few longtime creators. Some are able to keep their success going by continuing to release original entertaining content, while others plateau, going with formulaic stuff their subscribers have already seen countless times.

Since launching his channel five years ago, James Charles has amassed over 18 million subscribers and created a best-selling eyeshadow palette with a reputable makeup brand. Though Charles has had his share of controversies, it’s clear he hasn’t even begun to peak yet. Now, on top of everything else he’s got going on, he’s partnered with YouTube Originals to host the show Instant Influencer.

The challenge-based reality competition series is so polished that it easily blurs the lines between YouTube and traditional television. I felt like I was watching a spinoff of MasterChef — only in this case, it was for aspiring makeup artists. Charles personally selected six contestants based on their ability, a number I initially questioned. In a video on his YouTube channel, he discussed his joy in releasing a series his viewers could watch for free. Perhaps the unusually small pool of competitors was an effort to keep production costs low.

The episodes revolve around two types of challenges: “compact challenges” and elimination challenges. To help determine who will be sent home, Charles is accompanied by Norvina, president of the Anastasia Beverly Hills makeup brand as well as one rotating guest judge.

Norvina’s presence is essential in establishing the show’s major theme. Throughout the program, she emphasizes that success as a beauty influencer is about so much more than knowing how to properly blend eyeshadow and look good on Instagram — it’s about creating a personal brand that will stick. Norvina’s constructive criticism of the contestants’ looks comes from her many years in the beauty industry.

The contestants are vying for the opportunity to win a video and lighting kit valued at $10,000, a collaboration on Charles’ channel and $50,000 in cash. Win or lose, these makeup artists are gaining quite the platform with the exposure they get from the show alone. As of Tuesday night, the first episode has nearly 10 million views.

Charles balances the role of host and judge and does an adequate job of lifting each contestant up while still offering pointers. In one elimination challenge, the competitors were required to film and edit a product reveal. In this case, Charles’ main note was to contestant Ashley Strong, pointing out that she could have angled her camera better. The series takes great pains to emphasize the many (sometimes seemingly insignificant) moving pieces necessary to becoming a successful influencer.

The series is two episodes in, and the challenges have covered only some of those many aspects. In one ‘compact challenge,’ artists had to pull off a full-glam, red carpet look in just 30 minutes. Another challenge put their drag makeup skills to the test, with industry legend Trixie Mattel as a guest judge. Charles is set on promoting a brand of versatility that’s crucial to standing out in an industry oversaturated with talent.

While I may have originally questioned the smaller cast, I’ve since grown to appreciate it. If anything, it maximizes the recognition contestants can gain from the series. The extra screen time helps viewers learn more about the contestants on their journey to becoming the next big influencer.

The only thing I’d change is the show’s elimination process. Instead of the standard format with a winner and loser announced to the entire group, each contestant waits in their own video lab for Charles to pop up on the monitor and reveal their fate. He reveals the tough news with a camera angle fit for one of his usual YouTube videos.

Charles then physically joins those who are headed home. I understand this is a way to ease the embarrassment of losing, but it comes off as distant and harsh. You don’t get the classic goodbye scene with the rest of the contestants — something I consider a competition show staple.

But for the most part, Instant Influencer is well-produced and concise in its efforts. When it comes to this YouTube and television crossover genre, James Charles is nailing it.