Remembering TV shows that couldn’t survive past their first season 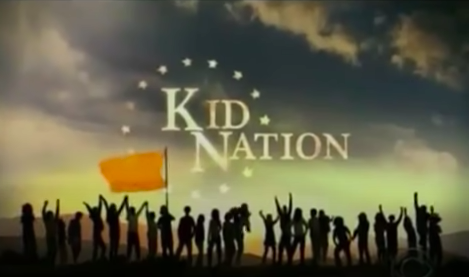 When I hear that a TV series is getting canceled after one season, I hardly flinch. Oftentimes, you can detect a show cancellation pretty easily when a program lacks that necessary staying power.

Some shows fall into the murky middle ground of one-season cancellations that aren’t particularly interesting. What I can really rally behind are the two ends of the spectrum — the great shows that deserved another season and the shows you can’t even imagine somebody pitching to a network executive.

Here are some victims of the cruel one-season cancellation:

Imagine a Survivor-esque spinoff where a bunch of kids aged eight to 15 have to revive a Wild West town called Bonanza City. Excluding the host, the group was basically on its own in the New Mexico desert for 40 days.

Problems arose by the second episode when the kids acquired a taste for meat. The solution? 15-year-old Greg had butchered plenty of livestock at home, so he decided to kill a chicken. Despite activist efforts led by 9-year-old Emilie, the kids’ yearning for protein prevailed.

I’m thankful Kid Nation is on YouTube, but I think it’s best they didn’t round up kids for another season. After filming, one parent complained to New Mexico state officials that her child was neglected, suffering from grease burns on her face from cooking.

Despite its questionable ethics, the show had plenty of excellent one-liners — my favorite coming from Jared, who reworked a Shakespeare quote to apply to the aforementioned butchering fiasco.

Pour one out for the greatest injustice on this list. Freaks and Geeks followed two siblings and the vast differences between their respective social groups. Lindsay was the freak, trying to shed her gifted academic past, and her brother Sam was the geek.

I may be partial to the star-studded cast. The show aired in 1999, so you get to witness James Franco, Seth Rogen and Jason Segel in the earlier days of their careers.

These experiences of high schoolers in a fictional Michigan suburb were captivating. It was real. The problems that plagued these teens — both freaks and geeks alike — weren’t simply solved by the end of each episode.

No, I’m not getting the title wrong. Four years after the lovable gang in That ‘70s Show made their way to network television, Fox thought they could slap the same concept onto the next decade.

The titles and basic concept are where the similarities come to an end. That ‘80s Show just felt like a caricature of the decade, with as many ‘80s songs and jokes about shoulder pads as you can fit in a 22-minute episode.

This show demonstrates what can go wrong when writers build off of the setting instead of the characters. It felt disingenuous from the start — right in the pilot’s opening scene, a character shimmies in a packed nightclub and you’re met with a ferocious laugh track. We don’t even know her name yet, but we’re supposed to roll on the floor over her silly dance move?

In middle school, I was really into the reality series Dance Moms. But, as I continued watching, it got old. I could only handle so much of the titular moms fighting against coach Abby Lee Miller.

With a similar premise, So Sharp followed the training, drama and performances of the University of Louisville Ladybirds dance team. Behind every reality dance team is an outspoken coach, and Todd Sharp definitely fulfills that role for the Ladybirds.

Sharp has a tough-love approach to his training — he isn’t shy to call out a dancer when they’re doing something wrong, but the tougher scenes are offset with lighthearted moments.

So Sharp achieves a level of maturity that Dance Moms missed. There’s less petty drama and more cutthroat behavior among the Ladybirds. You see just how willing some of these dancers are to sell out their teammates to their coach.

I feel for Red Band Society, I really do. It had heartwarming moments, but I’m not sure why anybody thought another hospital-themed series was necessary. The series centered around a group of teens living in a hospital’s pediatric unit, a concept that allowed it to stand out from soapy medical dramas such as Grey’s Anatomy and General Hospital.

Despite brushing it off as another medical series, Red Band Society did fulfill a subgenre of hospital drama I hadn’t seen before. The patients go through a wide range of struggles — the narrator Charlie is comatose, Jordi has bone cancer and Kara is in need of a heart transplant.

While Red Band Society tries to show the bonds between patients, it gets dangerously close to Disney Channel Original Movie territory. I appreciate the show’s lighthearted moments, but it downplays the harsh reality of living in a hospital.

Not every U.S. adaptation of a beloved British series can work out as well as The Office did— MTV’s take on Skins proved that to me.

Skins is about a group of untamed teenagers and the outrageous situations they get themselves into while entering young adulthood. The U.S. version stuck pretty close to the original plotline, with some tweaks to the main characters.

When I first watched the original series, I was definitely too young for the rampant drug use and sexual infidelities. The U.S. version takes about the same amount of promiscuity with more conventionally attractive characters. Still, they couldn’t remake the undeniable chemistry between the original cast members.