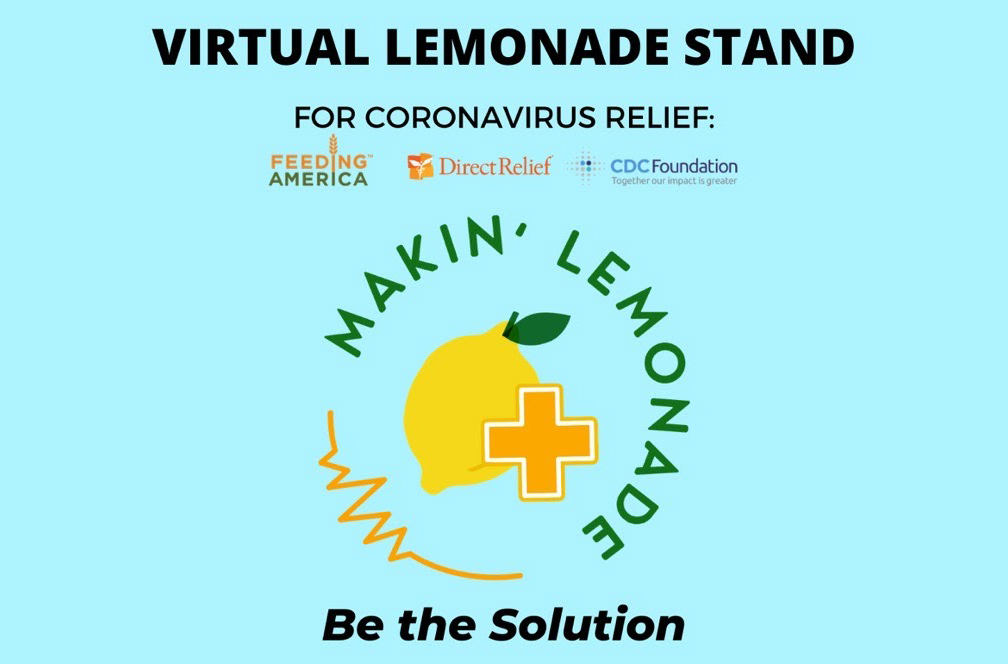 Students at the University of Maryland have raised over $7,500 for coronavirus relief through the Makin’ Lemonade Fund. (Graphic courtesy of Ben Putzer)

By Julia Rosier
For The Diamondback

Students at the University of Maryland have helped to raise over $60,000 for COVID-19 relief with the Makin’ Lemonade Fund — an initiative that has partnered with Greek organizations from more than 60 universities nationwide.

Ben Putzer, the initiative’s director of college operations and a student at this university, says students at this university have collectively raised more than $7,500 — the most out of any college campus in the nation.

The Makin’ Lemonade Fund was founded by Jesse Kay, a student at the Stevens Institute of Technology, and Alex Sheinman, a recent Penn State graduate. The initiative’s goal is to raise and donate $100,000 to three nonprofits: the CDC Foundation, Direct Relief and Feeding America.

Putzer said he became involved with the fund through friends.

“I wanted to be able to make a difference during this difficult time,” the sophomore communication major said. “Coming from a household with a parent having a predisposed immune system, I wanted to show my support to all of the brave healthcare workers — and other essential workers — who are out on the frontline risking their lives each and every day.”

According to Putzer, The Makin’ Lemonade Fund team relies primarily on word-of-mouth and social media: friends reaching out to each other and spreading the word to get new people to participate.

“It’s completely organic, it’s all grassroots,” Putzer said. “It’s crazy to see how much our generation can do with just talking to your friends.”

Putzer said he began raising money for the initiative through his fraternity. So far, 12 Greek life organizations at this university have participated in the fundraising, he said.

Rachel Sadow, another student at this university involved with the college operations team, said she got involved with the fund through Greek life as well. After Putzer reached out to see if her sorority would want to get involved, Sadow began reaching out to chapter philanthropy chairs across the nation, she said.

“It’s been so nice to see how willing people are to join,” the sophomore psychology major said. “I’ve liked being able to talk to all of these different philanthropy chairs, and it’s been nice seeing how excited most of them are.”

Sadow said she helped her chapter fundraise by joining an Instagram challenge. As people donated through Venmo, Sadow said, she had to complete silly challenges such as eating a lemon or cracking an egg on her head.

“I don’t care if I make a bit of a fool of myself on Instagram,” said Sadow. “It’s for a good cause.”

Being able to work with students all over the country, Sadow said, is her favorite part about being involved in the organization.

Jared Scheff, a sophomore communication major at this university, was also recruited by Putzer for the Makin’ Lemonade Fund. He thought it was an “incredible idea,” he said, and hoped it would help keep him occupied during the quarantine.

“It’s awesome to know that we are doing something that is helping our world today during such a tough time,” Scheff said.

Each night the team discusses their progress over Zoom and sets goals for how to achieve their ultimate goal of $100,000, Putzer said.

“Each person on this team has their own unique skills and talents they bring to the table,” Putzer said. “It’s been incredible working alongside such ambitious, like minded young professionals and college students from across the country.”