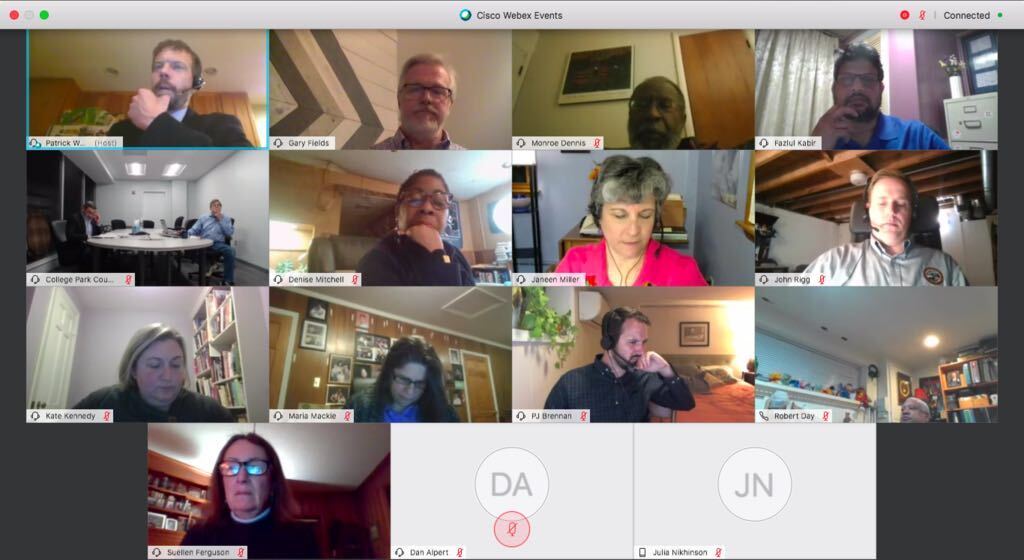 In the latest step to usher the development of a new College Park City Hall forward, the city council signed off on various agreements with the University of Maryland at its virtual meeting Tuesday night.

In a unanimous vote, city council members agreed on how the city and university would be splitting the costs of the approximately $47 million project and divvying up spaces in the city’s Knox Road parking garage.

The project — which is being developed jointly by the city and the university — will include a roughly 96,000 square-foot building, a plaza and retail space. College Park broke ground on the development in February, which is expected to be completed in August 2021.

For the main building — which is set to include office space for city and university staff members — costs will be divided based on how much square footage of the base building each party owns. Additionally, each party will be responsible for all costs associated with building its respective units, such as a retail space. The plaza’s cost will be split down the middle.

District 1 Councilman Fazlul Kabir said he’s long been concerned about the project’s increasing cost. His worries have only compounded during the financial uncertainty brought about by the COVID-19 pandemic.

“If you look at the six or seven construction projects we have, this project has more budget than combined other projects,” he said.

But even though the project will be expensive, District 3 Councilman John Rigg said College Park will benefit in the long run from the economic stimulus it will provide. Furthermore, he said, the city is still in a good position to fund the development.

“I think we need to continue to move forward. I don’t think there’s any turning back at this point,” he said.

Although council members unanimously agreed on the parking and cost-sharing arrangements, some residents chimed in with concerns, addressing the council members during the Webex video conference.

College Park resident Mary King, for one, questioned the number of spaces planned to be allocated to the university, monthly renters and businesses.

“How many spaces are left for the use of the general public?” she asked.

David Gray, another resident, resoundingly agreed with King. Council members were turning a blind eye to the collateral consequences the parking garage agreement would have on the community, he said.

He added that the council should have taken other issues into consideration before voting on the agreements — for instance, how tax dollars were being funneled into a parking garage the public would have limited access to.

Kabir agreed the council jumped the gun on the project. The city should have waited to demolish the old city hall until it had the cost-sharing and parking arrangements sorted out, he said.

“We’re still making the right decision to go forward with the city hall project,” he said.