Review: Smino lets his mind run its course on ‘She Already Decided’ 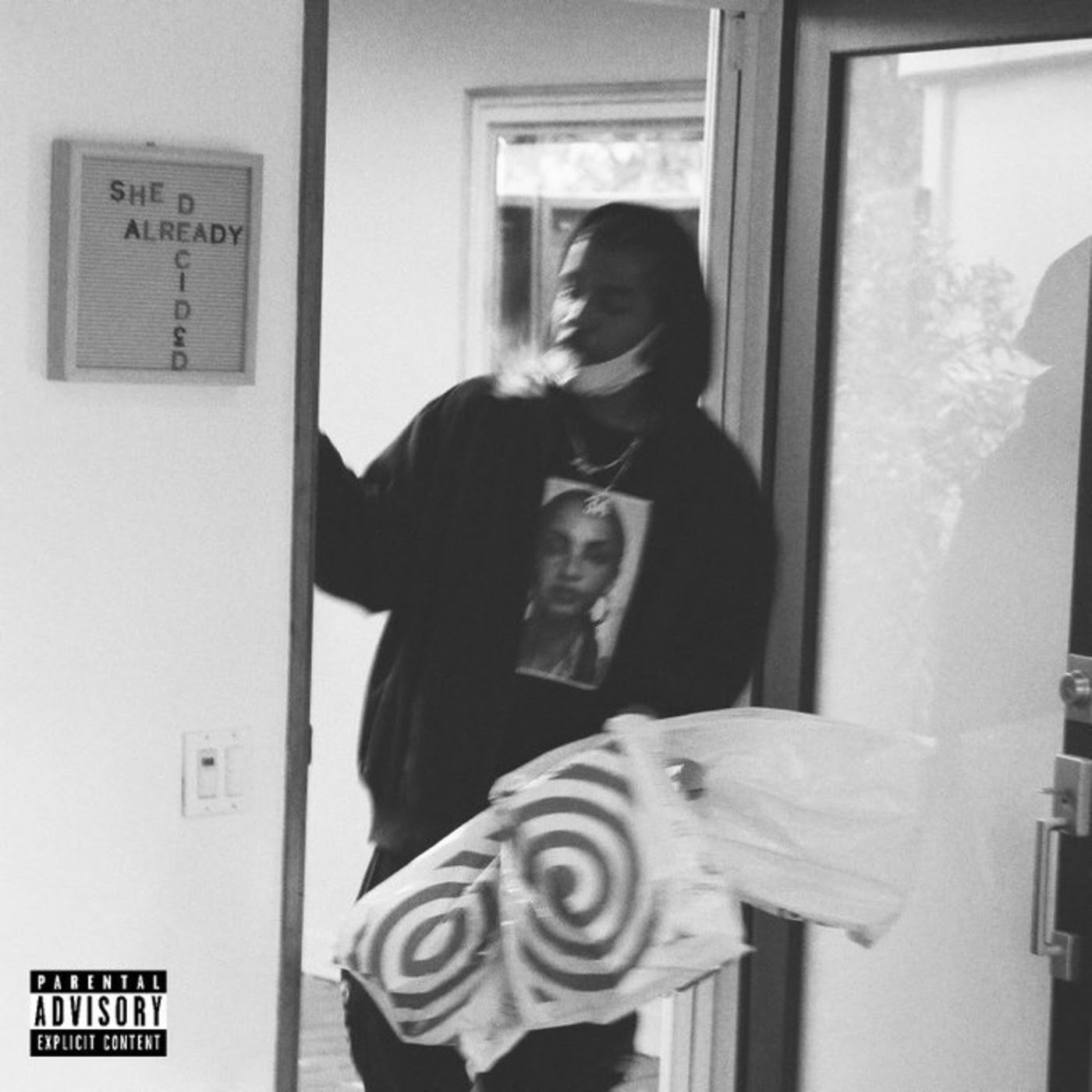 The album art for Smino's latest mixtape, 'She Already Decided.' (Photo via Soundcloud)

His latest mixtape, She Already Decided, is Smino at his loosest. His lyrics reflect the level of nonchalance he’s on — “lifted off the sticky weed” — without losing that poignant yet scattered flow he utilizes so well.

For a mixtape — usually a free gift to the people, full of unfinished tracks and uncleared samples — She Already Decided is quite polished, with some of Smino’s smoothest and boldest vocals to date. Emulating collaborator T-Pain, he wields the double-edged sword of slow crooning and fast bars with incredible precision.

“Fronto Isley” starts the tape on a bright, sunny day over an Isley Brothers sample. He sings from the start, establishing an anthemic chorus, and ends the riff with raps detailing how he’s basking in the life he’s living.

“Already” begins with gritty synth keys and a mesmerizing trickling sound, reminiscent of “LOW DOWN DERRTY BLUES,” a favorite of mine from his last full-length album, NOIR. What makes this track so strong is the combination of the airy production and heavy-hitting lyrics as he steamrolls the beat with his low-pitched, slurry enunciation.

If you know Smino’s discography well, you might notice that “Already” sounds like a signature Monte Booker-produced track, complete with random blips and the bounciest drums out there. Booker, his go-to producer for many years, helped him curate his debut album blkswn, as well as NOIR. But this time, it’s producer VZN, who works closely with Booker, that steps in to steal the show — or provide an incredible backdrop for the Smi show.

As the track winds down, Smino explains the meaning of the tape’s title, focusing on the idea that some aspects of life are out of our control, and we need to accept that.

“Mother Nature, she already decided what it’s gon’ be like/ It ain’t up to you no more, it’s above me.”

“Good Ol Julio” creeps along with twinkling synthesizers and tip-toeing pizzicato strings. Smino hops in at the first drum break and shares his love-hate relationship with Don Julio tequila, “the feeling, the high, high, told that bitch to ease up.”

What is most remarkable to me about Smino is his compression and elongation of words and phrases, bending his flow around every turn of the beat so that his bars cut off at the most unexpected moments.

Every new release finds him poised to attack a beat and often choosing to make it as groovy as he knows he can. With every cadence and flow imaginable at his disposal on She Already Decided — and no fear of belting a verse out in song — Smino has once again tapped into his bank of profound creativity, abundantly flowing as the liquor pours, the weed burns and his mind churns.