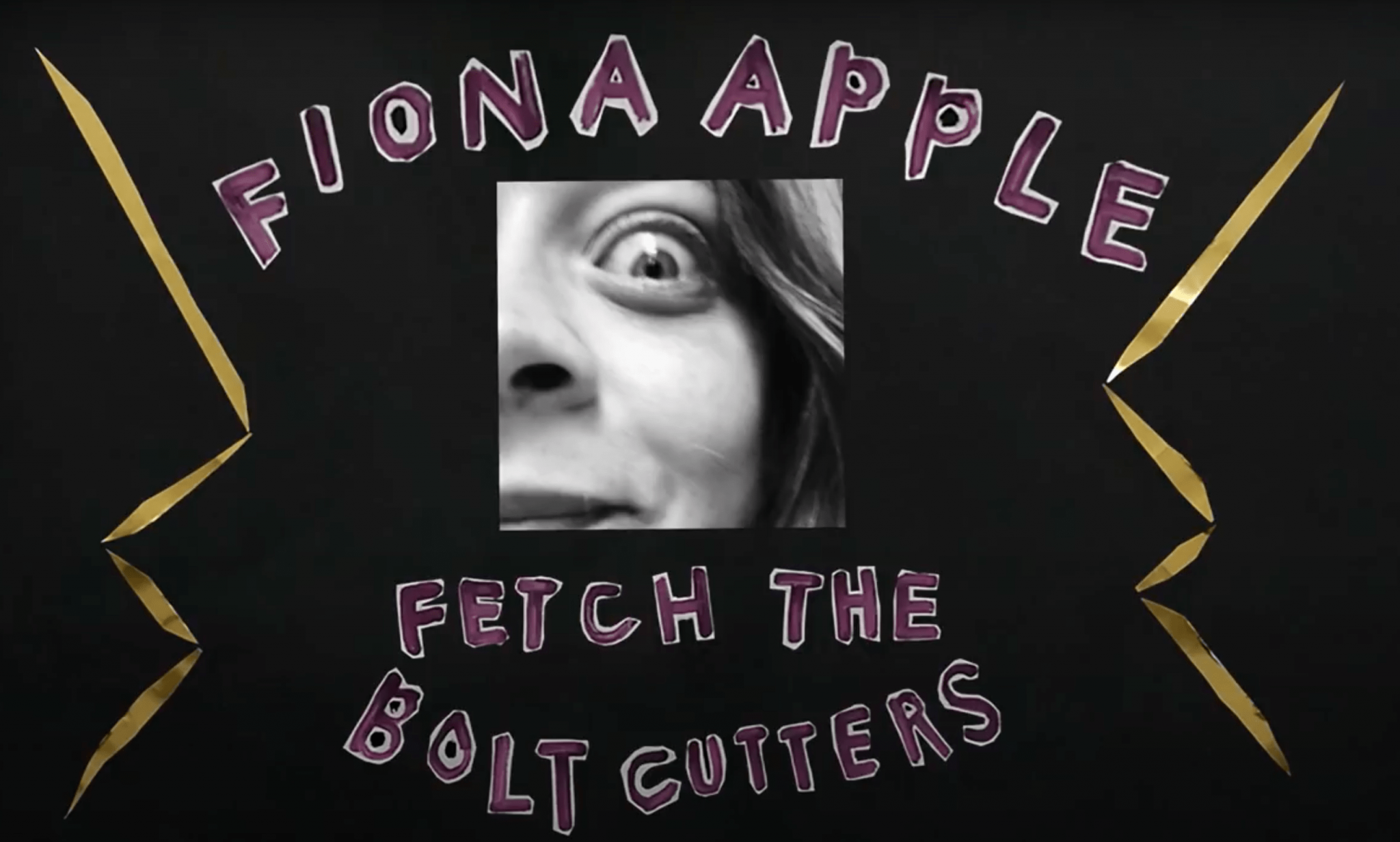 If you’ve heard anything about Fetch the Bolt Cutters, you’ve heard that it’s great. A perfect 10 from Pitchfork. An “A” from The A.V. Club. Four and a half stars from Rolling Stone because perfection apparently doesn’t exist outside Bruce Springsteen albums. Metacritic aggregates those reviews into a perfect 100/100. So far, it’s the most acclaimed album of the year.

But, have you listened to it? If not, you probably should.

It’s an album that doesn’t sound like it belongs in any particular time or genre. It’s highly percussive, alternatively lo-fi and lush, beautifully arranged and scuzzy in equal measure — disjointed, imperfect, but always purposeful.

Recorded over a roughly five-year period in Apple’s Venice Beach home with a tight-knit group of collaborators including musicians, actors, artists, producers and even dogs, Fetch the Bolt Cutters is the first album in eight years from a figure who stands completely on her own.

Apple has done a lot. She released her debut album at 18 years old, got a Top 40 hit with “Criminal,” got chewed up and spit out by the music industry, and put out an album with 444 characters in its title as a dig at music journalists. She withheld an album and incited a group of fans to unwittingly protest her major label because they thought Epic Records refused to release a final product that didn’t exist yet. She took lengthy hiatuses, dealt with personal trauma and found emancipation in art. Yeah, it’s all there in Fetch the Bolt Cutters.

Typically, you don’t hear male artists, specifically songwriters, get tagged with adjectives like “brave.” Yet it can be used to patronize women whenever they bring us into their own worlds where things aren’t perfect and a light is shined on their raw emotions. It’s like another awful term that gets thrown around a lot: “confessional.” That sounds like they owe us something. If Apple makes anything clear here, it’s that she doesn’t owe anyone anything.

Can you find influences? Sure. If you want, throw some names around like Björk or Elliott Smith. Go for it. Joni Mitchell’s Don Juan’s Reckless Daughter? Maybe. Taylor Swift? Could be. Captain Beefheart? Jazz? Punk? They’re all possibilities, but the more and more I try to categorize it, I am faced with how intangible that idea is. Fetch the Bolt Cutters lives in its own world. The title track rallies against “the noise that people make when they don’t know shit.” Trying to compare it to other artists makes me feel like I don’t know shit.

The album sounds like it was made in a haunted house. It’s got intensity and heaviness, but oftentimes the prettiest flourishes, like the pianos and the harmonies, are the scariest parts. Tempos change wildly and without warning. Traditional verse-chorus song structures are both embraced and completely ignored. Walls are banged on, floors are stomped on, pots and pans are clanged and strange noisemakers are all around. Music and random sounds serve the same purpose: Animal noises and handclaps are just as important as any vocal melodies and organic instrumentation.

[Read More: I was supposed to see Soccer Mommy live. Instead, I watched their concert on Club Penguin.]

Lyrically, each song is a new way to kick out the complex and bullshit situations of life. “Shameika,” “Newspaper” and “Ladies” all talk about the complicated relationships between Apple and other women in her life, but with specific regard to not letting men pit them against each other. Call that feminism, or call it basic human decency.

“Cosmonauts” and “Heavy Balloon” are more sympathetic, but the unwillingness to put up with any grievances is still in the air. Really, it can all be boiled down to the chorus of “Under The Table”: “Kick me under the table all you want/ I won’t shut up.”

You know what the problem is? Nothing can be this universal. Not these days. I think there will be a vocal contingent that will make it very conspicuously known that they don’t “get” Fetch The Bolt Cutters. People will see a 40-year-old woman with a 20-year career of critical acclaim and occasional reclusion and say, “So what?”

Instead, go listen to Fiona Apple talk about it herself. Go read the lyrics. But if you do anything, just listen to it. Go live in this house that Apple has let us into. It’s a bizarre, painful, experimental and often triumphant place.