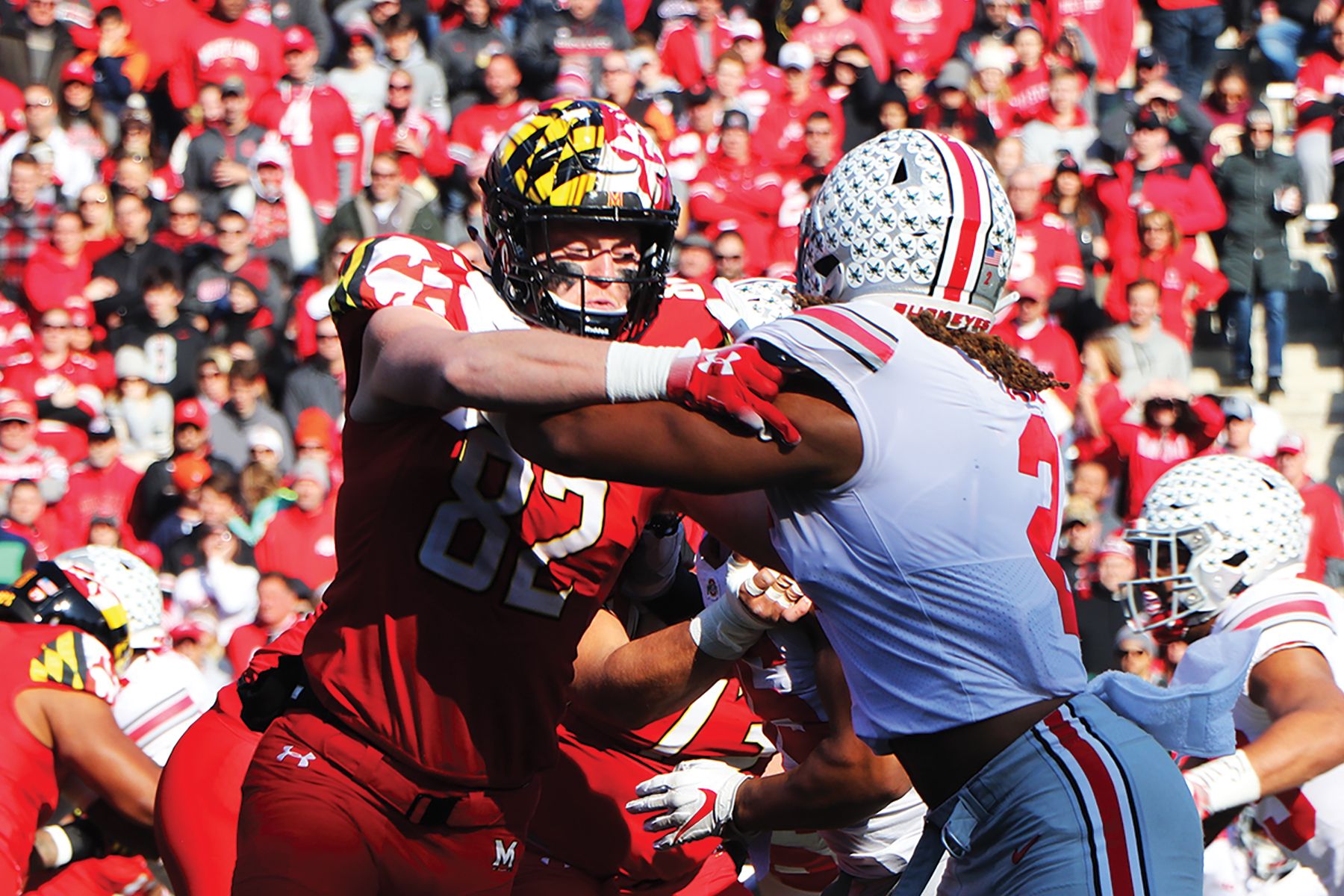 With the clock ticking toward zero and the game tied at 45, former Maryland quarterback Tyrrell Pigrome dropped back. He needed about 10 yards to give kicker Joseph Petrino a chance, a final opportunity to quench the Buckeyes and send the Terps’ faithful spilling onto the field.

But Young had other plans. He burst through the offensive line. He saw Pigrome and charged. Soon Pigrome — and the ball — were sent crashing to the earth, Young’s second sack of the day.

Young had his fingerprints all over the Buckeyes’ eventual 52-51 victory, making four tackles and drawing countless double-teams on his first return to his home state as a college football player.

Now, nearly two years later, Young returns home again. This time, though, it’s as a newly-minted member of the Washington Redskins — as the franchise selected Young with the No. 2 pick in the 2020 NFL Draft.

“In his early years, he was a guy that was a designated pass rusher, a guy that got after the quarterback,” coach Mike Locksley said earlier this season. “Now you see him playing and fitting the run.”

In his three years with the Buckeyes, Young terrorized Maryland’s quarterbacks. As a freshman, Young featured on a defensive line that included current NFL talents Jalyn Holmes, Sam Hubbard and 2019 Rookie of the Year Nick Bosa.

Young made his presence felt, though, sacking Max Bortenschlager once in Ohio State’s 62-14 victory over the Terps back in 2017.

It was just the first step in a college career defined by Young’s ability to strike fear in an offense’s backfield. Young recorded 30.5 sacks across his three years in Columbus, 16.5 of which came in 2019 — performances that saw him earn the Bronko Nagurski Award, Chuck Bednarik Award and Ted Hendricks Award as well as a Heisman finalist nod.

And it was these displays that drew the attention of Locksley’s squad when preparing for its annual matchup with Ohio State last campaign.

“I know they know him,” quarterback Josh Jackson said on Nov. 5. “I don’t know if they know how to stop him.”

Young didn’t suit up for the clash, this season — he was suspended for a potential undisclosed violation stemming from 2018, per a press release.

But his dominance over Maryland and the Big Ten as a whole is certain to burst life in a long-struggling franchise, one that finished with the sixth-worst defense in the league last season.

“His size, his speed, his athleticism and his power are all the things that make him a great player,” Locksley said.