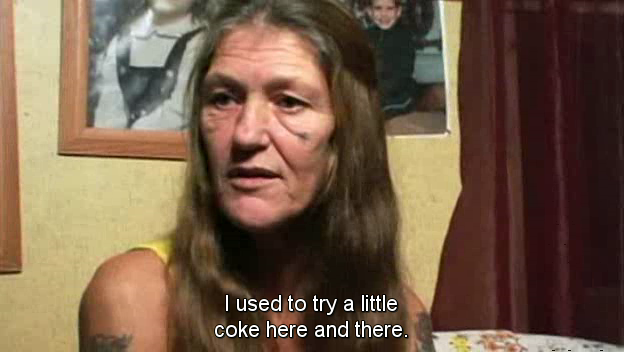 'The Wild and Wonderful Whites of West Virginia' discusses addiction and drug use, much like 'Tiger King.' (Photo via Imgur)

Since the release of Netflix’s Tiger King, viewers have struggled to get Joe Exotic out of their minds. The hit documentary series follows a bizarre, sequin-clad persona and an outrageous mixture of addiction, sex and crime. If you’ve finished Tiger King and are finding yourself still hungry for drama about guns and drugs, hold onto your beer.

The Wild and Wonderful Whites of West Virginia is proof that Tiger King’s formula for success isn’t new. The 2009 documentary follows the White family, a clan with lives filled with violence and drug-fueled dysfunction. They’re an unconventional embodiment of the American dream, living free from fear, be it of death or just of local law enforcement.

The White family is infamous among their poverty-stricken neighbors in Boone County. While Joe Exotic’s world of big cats feels isolated from real life, the Whites live among other West Virginia residents. They do not have a fantastical lifestyle, which makes their notorious law breaking even more impressive.

Where Tiger King focuses on wild animals, The Wild and Wonderful Whites highlights the White family’s talent for mountain dancing. The patriarch, Donald Ray “D. Ray” White, was a renowned dancer, and his son Jesco is considered “Appalachian royalty” for his mix of clogging and tapping. Jesco is this family’s Joe Exotic, predisposed to violence and proud to say that he feels “like Charles Manson” when he gets mad.

The documentary follows the entire family for a year, featuring the stories of Jesco and his siblings, as well as their children. The size of the family is overwhelming, as Bertie Mae apparently raised about 35 abandoned kids over the course of her life.

The Wild and Wonderful Whites can be hard to follow — the expansive family tree makes it difficult to remember how everyone is related. Murders and arrests are so casually mentioned that it is hard to keep track of who’s dead, who’s alive and who’s behind bars. Subtitles are essential to understanding the family’s thick accents and slurred words. But many moments make it worth watching.

Part of the reason Tiger King has been so successful is that it’s chock full of iconic one-liners that have spurred Joe Exotic and Carole Baskin memes galore. Turn to The Wild and Wonderful Whites for even better snippets: Watching one of the White grandchildren renew her vows with her estranged husband while high in the flower section of a grocery store is simply another level of crazy.

The White family’s fight against the world is so much more intense than the feud between Joe Exotic and Carole Baskin. Regardless of who they’ve shot or slept with, the family defends each other. Bertie Mae even helps Kirk hide and clean the knife he used when he attacked the father of her son in the most extreme moment of family loyalty.

These larger-than-life characters provide a look into a lifestyle that can be hard to find anywhere else on Earth and offer more of the Tiger King-esque action we all need in our quarantine viewing.

[Read More: The best, the worst and the wildest fashion from ‘Tiger King’]