“We need time”: After disappointing campaign, Maryland wrestling is looking ahead 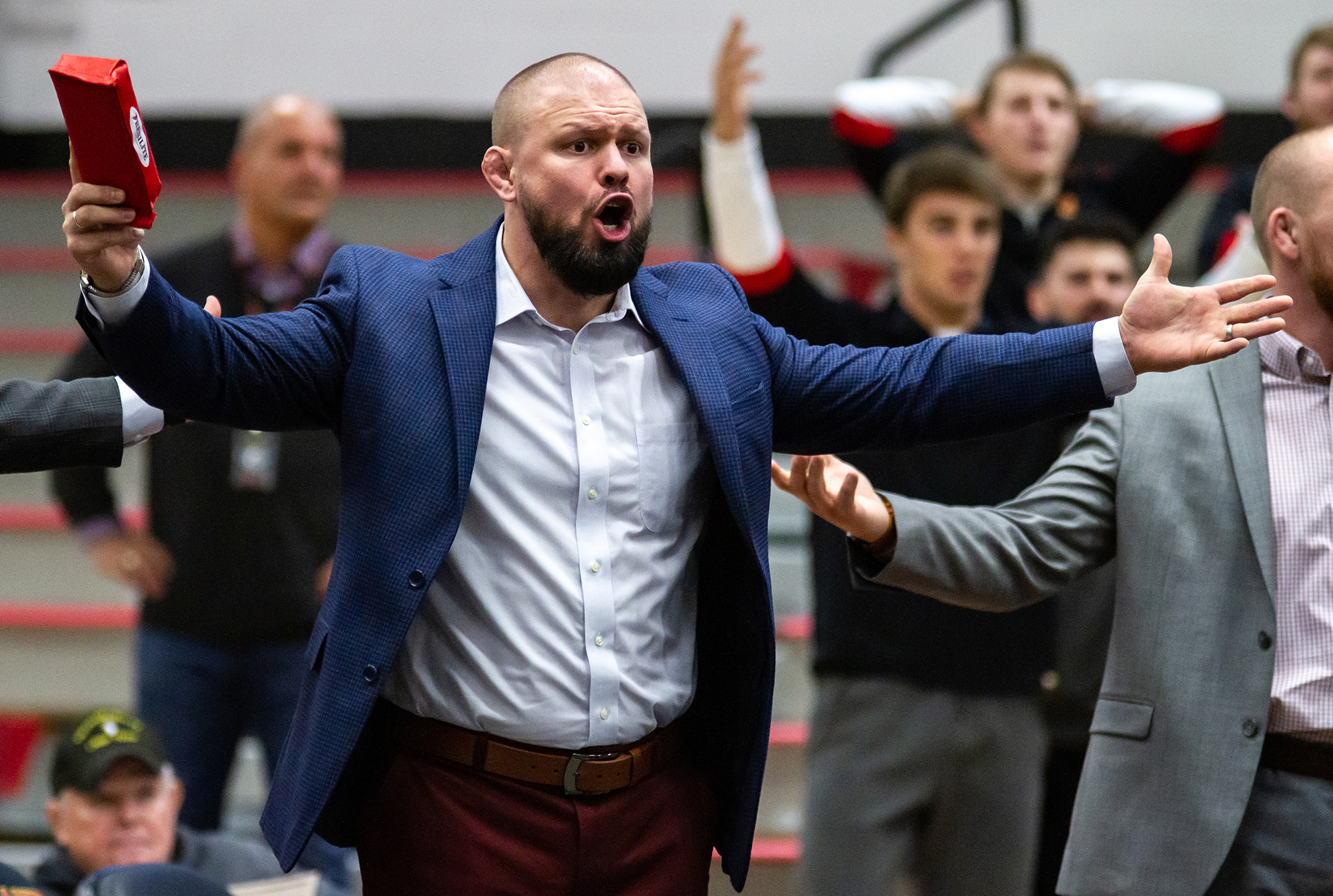 It continued throughout the season with new lineups, new faces, new tournaments and — most notably — new uniforms that caught the eyes of many within the wrestling community. The results were largely the same — the Terps went 2-17, claiming one combined bout win in the Big Ten championships.

It all came to a screeching halt on March 12, though, when the Big Ten canceled all spring sports because of the coronavirus. And as Clemsen’s squad convened in its practice room to discuss the decision two days later, the shock and disappointment was palpable.

“I’m obviously disappointed,” Clemsen said. “I knew we had an enormous build. The program isn’t anywhere where we want it to be when I took over. It’s not gonna happen overnight, but that doesn’t mean I don’t want it to happen faster than it is.”

Despite a 1-4 record to start the season, Maryland showed inklings of its potential. In a three-match stretch against Navy, Rutgers and then-No. 10 Pittsburgh, the Terps put up tough battles, especially against the Panthers, where Maryland could have flipped two decisions and made the dual closer.

It continued at the Virginia Duals, where the Terps defeated Fresno State to advance into the winners’ bracket, where they proceeded to lose three-straight duals and finish sixth out of eight teams.

That began a season-ending 13-dual losing streak, including Maryland’s fourth straight winless season in the Big Ten. Indiana was as close as the Terps got, a 19-16 final that came down to the last bout of the dual.

157-pounder Jahi Jones described this year as one of development — eight of the 10 weight classes featured either a new name or one that moved up or down a weight class.

“It was a learning experience under new leadership,” Jones said. “New guys, a lot of young guys on our team. We got a really young team with a new coaching staff.”

Mentalities changed — and so did expectations. Yet for all the new techniques Clemsen armed his unit with, they didn’t correspond to wins.

There was plenty of individual success, though, starting with 174-pounder Philip Spadafora, an at-large qualifier for the NCAA Championships, who was ranked as high as No. 20 this season.

Jones was another bright spot. As Maryland’s second NCAA qualifier, Jones finished his college career with an 11-8 record and five dual wins.

Redshirt junior Jaron Smith had a breakout season at 197, going 12-9 with a team-leading four Big Ten dual wins and second with nine dual wins overall. After battling back from injury, he showed what he was capable of for a full season.

“From a growth perspective, we had some good growth,” Clemsen said. “I know the kids are probably capable of more than they’ve shown, but some of it is we haven’t had enough time with them … We need time and I think the kids need time to realize that they’re getting better and that the system works.”

Despite the growth, Clemsen was blunt in his assessment of Maryland’s performances this season.

“We’re probably skimming by. We probably got a C-,” Clemsen said. “We’re just able to get our degree right now. There’s just too many brief moments of good and too many bad things that happened and letdowns and mistakes. We’ve scratched and clawed and probably got some office hours and the professor took pity on us and gave us a C-. I’m not sure we’re earning anything better than that right now and it’s our job to fix it.”

With the lacking success that this program has seen in recent years, there is still a sense of optimism moving forward.

“The results are the same, but they’re really not,” Jones said. “It might not show right now, but it’s gonna grow exponentially. It’s a ripple effect. I think the future of Maryland wrestling is bright, especially with the guys we have right now and the guys coming in.”

There is no timetable for when the rebuild will be complete.

But until then, it’s a full-fledged construction project with an unknown completion date, the excitement bubbling beneath the surface as the Terps set their sights on the next campaign.