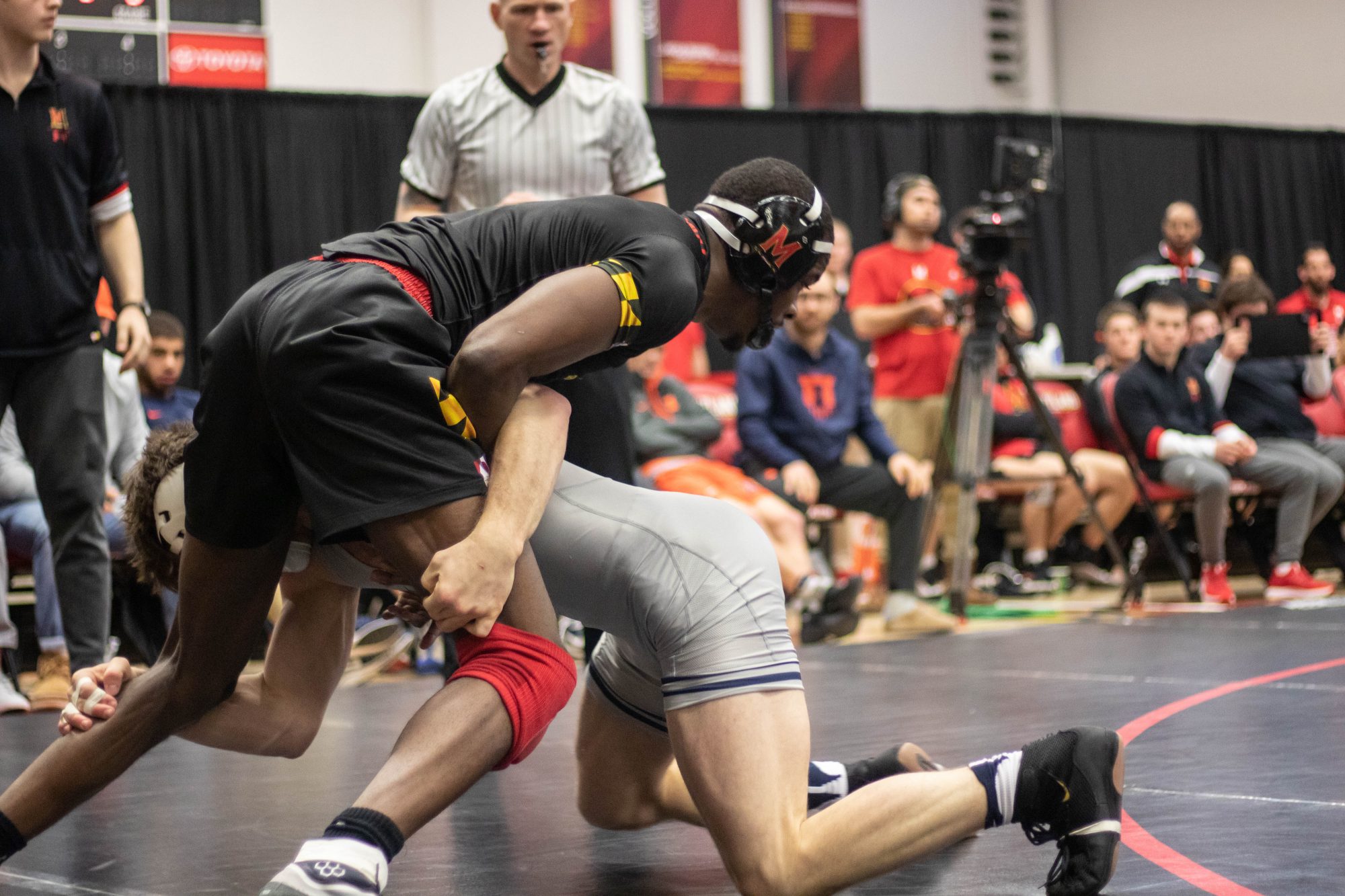 Maryland wrestling had just finished practice on March 12. The team was dispersed around Xfinity Center; in the locker room, showers or on the way home.

After winning just one bout at the Big Ten Championships over the weekend, the Terps were preparing to send two wrestlers to the NCAA Championships in Minneapolis that following week: 157-pounder Jahi Jones and 174-pounder Philip Spadafora.

But midway through a post-practice meeting, coach Alex Clemsen pulled out his phone to some unfortunate news.

“I got on social media and was like, ‘Aw shit,’” Clemsen said. “So I put a message out and said, ‘Hey, if you took off, just turn back around. Let’s have a quick sit-down.’”

That’s when Clemsen told his wrestlers what many had already guessed: Just like the postseason basketball tournaments had been canceled due to the coronavirus pandemic, the NCAA opted to extend the response, calling off all winter and spring sports seasons and championships.

So, when the news came out of Clemsen’s mouth, the mood around a team gearing up for one last meet deflated.

“I think the closest thing you could say was like a death,” Clemsen said. “It was like somebody took all the air out of the room. You could really tell the guys were disappointed.”

The announcement hit Jones hardest. As a redshirt senior who opened the campaign by winning 11 of his first 12 bouts before seeing his form trail off toward the end of the season, Jones was preparing for his last meet in college.

Clemsen approached the Fort Washington native, consoling him after being denied what would have been his first and only NCAA Championships appearance.

“He apologized to me,” Jones said. “I don’t even think that it hit me, like what happened, until four or five days later.”

Jones, like many on the team, expected his season to end at the Big Tens. He sobbed after that dual, but once he was selected to the NCAAs, he felt “revived.”

Clemsen spoke with Jones and Spadafora individually after addressing the entire team. His message mirrored what he told the full squad — to let their families know that there would be no championships.

“We were both just in shock and in disbelief,” Jones said. “We didn’t believe what was going on.”

Once reality set in for Jones, he was confronted with the fact his wrestling career at Maryland finished without a curtain call — a similar predicament for many athletes across the country.

Jones reached out to his high school wrestling coach for support, who offered him some reassuring advice.

“He said, ‘You gotta cherish every moment,’ because you never know when it’s going to be over, talking more so about life in general,” Jones said.

It took some days for the decision to settle in for everyone, having a season cut short so abruptly. Clemsen described it as a period to let things “sting.” However, there was a mutual understanding that this was out of the program’s control; the decision was bigger than just wrestling.

In that meeting, amid the disappointment and shock of those in the room, that’s what Clemsen left his team with.

“I just said, ‘It’s not ideal. It’s not what any of us wanted, but there’s obviously a reason for it and we need to be understanding of that,’” Clemsen said.