What’s happening on Omegle these days? 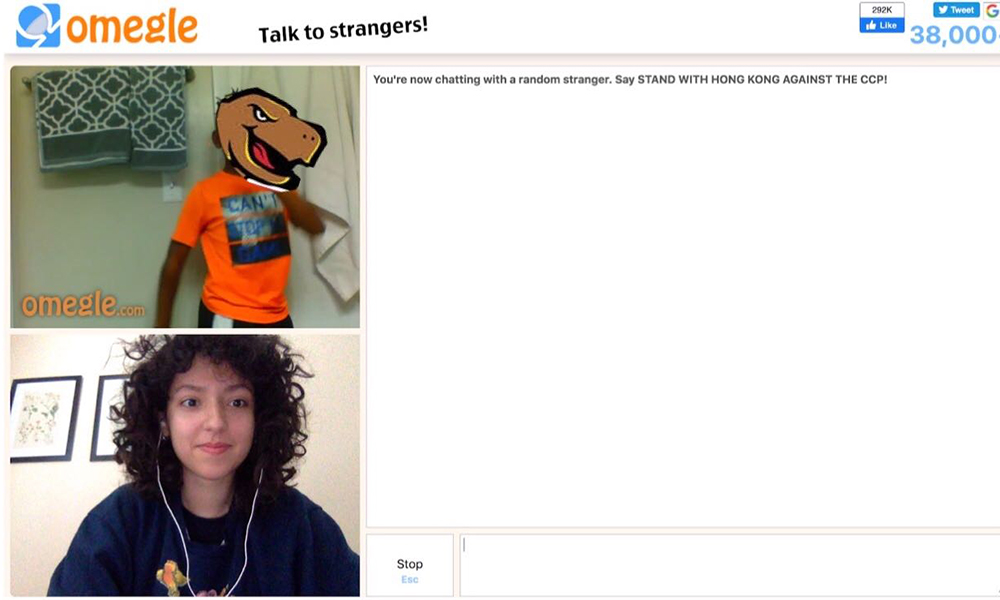 Sometimes, I wonder why I am the way that I am. Then, I remember that for the majority of my middle school years, Omegle was a fixture in my life — a fun, exciting and secretive activity to keep me and my friends occupied.

If you’ve never heard of Omegle, think of it as a more refined version of Chatroulette. The premise is simple: You log on with a webcam and microphone and are matched with another random user who you can either chat with or reject and move on.

But in many cases, it was actually a place for young kids to gasp in horror and quickly exit. I was part of the latter group. Though there was the risk of having to see disgusting old man parts on a constant basis, there was also the thrill of meeting new people and just chatting.

In 2020, the website now features a note emphasizing solidarity with Hong Kong, as well as a message highlighting the idea that Omegle is an excellent social tool for social distancing. Somehow, after all of these years, there’s still an audience for the site, so I decided to see if I could fill that bored, attention-seeking void that 13-year-old me tried to fill so many years ago.

My first chat partner was a little boy who was doing TikTok dances in his bathroom. He was performing a personal take on the “Savage” dance popularized on the app, set to the Megan Thee Stallion song of the same title. I, an online citizen, of course recognized his moves and began cheering him on, but he looked embarrassed when he realized I knew the dance. When I asked him if he was just performing for strangers online, he decided to end the conversation. Pain.

My next conversation was with a 14-year-old Italian girl. She played the part of a disinterested teenager who was mostly staring at her phone, but when I asked her how she even knew about Omegle, she told me she’d been introduced at a sleepover with two of her close friends. Though I was 14 many years ago, this is exactly what my friends and I used to do. She explained that because the coronavirus lockdown in Italy is so extensive, she was exhausting any and every option she had to entertain herself. I felt weird asking her questions about her life and assured her I was a journalist, and then realized this was still a very adult website mostly populated by kids. After chatting about her situation, I wished her luck and moved on to the next one.

I’d be remiss if I didn’t reveal that I had to take a quick break to catch my breath. The nerves involved in a process of being thrust into a direct conversation with a complete stranger reminded me of why I never liked using the website alone, especially when I was younger. So far, no creepy men. We continue.

[Read more: The importance of doodling every day]

My luck quickly ran out. My next three partners were a variety of grainy and familiar images of potbellies illuminated by the soft glow of computer screens in dark rooms, with no face or crotch visible. That, or random walls followed by introductory messages of “hey cutie :).” The first time one of these guys popped up, it took me a second to process what I was witnessing before shouting as one raised his hand to stop me from leaving (as he likely did the deed, to my horror). Why did I pitch this article?