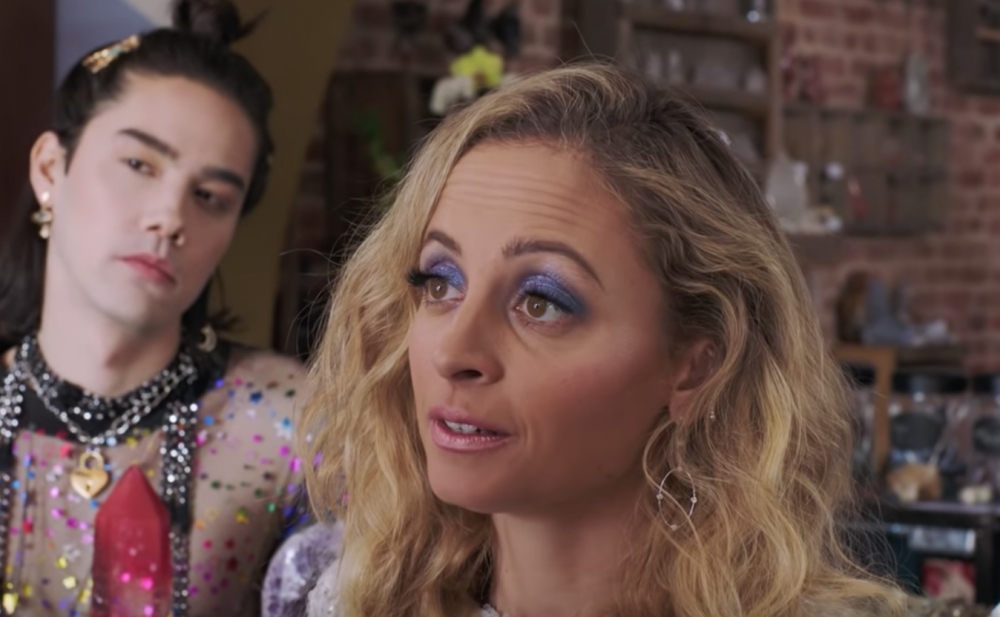 Have you ever wondered: “Who is going to embrace the untapped market of trap music, healing crystals and saving the bees?” I’d bet it’s a very pressing question these days. Well, look no further — Nicole Richie is giving us the music we never knew we needed with her rap persona Nikki Fre$h.

A short preview for Nikki Fre$h appeared to me through a promoted tweet on my timeline. I was instantly enamored by the bar: “This that parent trap, this how mommy rap.”

Shortly after liking the ad, Quibi swiftly let me know it would tweet me a reminder for the premiere. Their social media team didn’t know who they were dealing with. I’ve been on team Nicole since her on-screen feud with Simple Life costar, Paris Hilton, back in the mid-2000s. I was definitely going to check out Nikki Fre$h, whether the curious new streaming app reminded me or not.

Quibi, which is short for “Quick Bites,” launched two days ago. They advertise their app as television-quality programs made for an on-the-go viewer. Each episode of Nikki Fre$h runs around five minutes, but they feel like music videos with an extravagant production value.

The episodes start off with elaborate skits related to a different environmental cause, and Nikki Fre$h concludes her journey with silly, yet intricate, music videos. The condensed clips left me feeling totally satisfied — the scenes didn’t drag on too long, but they still provided enough context for the mission behind each “conscious trap” song.

This idea of conscious trap music is a true lifeline to the series. Most of Nikki Fre$h’s tracks support an environmental cause. Her song “Drip Drip” employs a popular expression in hip-hop while also advocating for clean water as a fundamental right. An amusing line urges us to “stop messing around and make this water our wife,” effectively stressing the importance of committing to a clean water supply.

I think conscious trap could emerge as a subgenre of meme rap. The comedic element of Nikki Fre$h certainly set me up to believe this. Setting my obvious bias for Richie aside, it still felt wrong to think about her rap skills super critically. She raps in a primarily monotonous voice, but the humorous lines make up for it. To me, a performer’s entire package matters most in meme rap. The ornate production value is a huge part of this package.

In each music video, Nikki Fre$h is seen in a handful of looks. In her “Bees Tea” video, she solidifies her place as the queen bee in an elegant yellow gown. My highest praise definitely goes to her makeup and accessory team. Her yellow gown is complemented by a crown made of pearls and glittering yellow rhinestones surrounding her eyes.

Because of the deadpan nature of the series, I wasn’t sure if I’d be able to find these golden tracks on an actual streaming service. I was thrilled to learn Nikki Fre$h didn’t stop spreading her message through a Quibi series — her music has made it to Spotify.

My favorite track by far is “Lil Gems.” An electronic club beat backs Nikki Fre$h shouting out the restorative powers of crystals, such as amethyst and obsidian. The video also works as a perfect blend between rap and conscious trap — it’s totally blinged out while promoting healing crystals instead of over-the-counter medicine.

For what it’s worth, I can say I’m a fan of Nikki Fre$h. The shtick would probably wear off if this was a full-length series with 30-minute episodes. I still appreciate the effort that went into the bite-sized show. From a session with a “water sommelier” to Nikki Fre$h’s Airbnb dollhouse crafted for bumblebees, I was left thoroughly entertained.