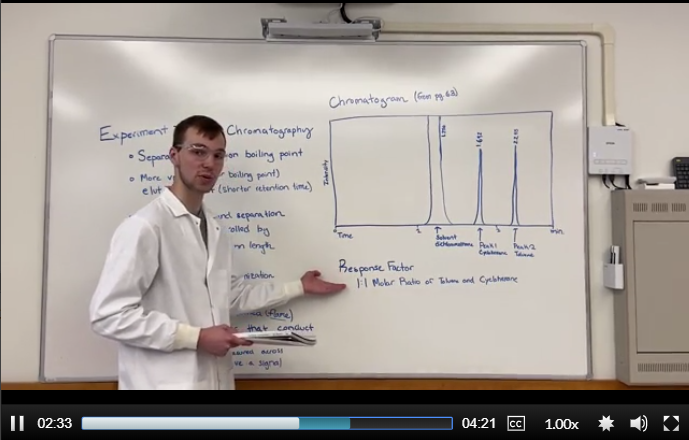 Sophomore nursing student Georgia Chahalis was four years old when she decided she wanted to work in a hospital.

And this semester, the hands-on experience of taking BSCI201: Human Anatomy and Physiology I — a lab class — was helping her live out a dream while she was an intern at Suburban Hospital in north Bethesda.

“I could look at an X-ray and understand what I was looking at,” Chahalis said. “It has definitely been one of the most helpful classes to my life and for medicine.”

But since the University of Maryland canceled all in-person classes for this semester due to the novel coronavirus pandemic, Chahalis’s class has drastically changed. Instead of learning in a lab herself, she’ll have to settle for watching YouTube videos.

For most lecturers, transferring a course online mostly means figuring out how to use Zoom, record classes and adapt their material — and Caitlin Fox, who teaches BSCI201 and BSCI202: Human Anatomy and Physiology II, had to do all that, too.

But she also had to figure out how to teach labs online — a predicament that forces her and her students into a difficult situation, Fox said. Even with the week of extended spring break professors were given to adapt their courses, there just isn’t a perfect replacement.

“I think we’ve all been forced into a less than ideal situation,” Fox said. “We haven’t had enough time, but I don’t think there was any time to be had.”

Though she doubts the dissection videos she sends to her classes are as engaging as having an actual organ in front of the students, it’s a replacement good enough to convey the same material. She also posts videos of teaching assistants presenting PowerPoints and includes links to study apps students might find useful.

Instead of having students create and collect their own data during in-class labs, she’s providing the data and creating case studies for her students to analyze. For example, students originally had a lab where they would run up and down stairs and take their blood pressure in class to learn to measure blood pressure using a blood pressure cuff on a stethoscope. For that lab’s case study, she used her husband as a test object.

“I made him run around the block, and I took his blood pressure,” Fox said.

But Fox is aware that the online labs will likely be frustrating for students. She knows that they are having to study on their own, maybe in conditions that interfere with their studying.

For Chahalis — who’s currently taking Fox’s BSCI201 course — the moment’s distraction is a constant reality. Her mother and brother are currently stuck in Greece, after the country went on lockdown and suspended most international passenger flights.

“Just the environment and everything going on right now, it’s so hard to just sit down and do work,” she said.

But Chahalis can’t slack off, not even with the new pass-fail grading system the university has instituted for this semester. The University of Maryland nursing school doesn’t accept a pass-fail grade for the course, and several science teachers have reached out to recommend that their students take the letter grade, Chahalis said, if they plan to ever apply to professional schools.

Although Chahalis has done well in the class so far, she’s worried her grade might suffer if she can’t figure out how to focus.

“But then it’s like … I need to get an A in anatomy for nursing,” She said. “So maybe my mindset will shift at some point, but right now it’s just still in the adjustment period.”

Chahalis isn’t just worried about her grades — she’s also worried about falling behind in the long term, and being unprepared for the second part of the course.

“I also need to know the structures of the body for my job — and for saving lives and for medicine and for everything that I’m going to be doing,” she added.

Senior chemistry and criminal justice major Joseph Willoughby echoed Chahalis’ concerns. This semester, he’s taking his last lab course ever: CHEM425: Instrumental Methods of Analysis. The course just so happens to be very relevant to his career goal of working in analytical chemistry.

“It’s not like I’m forever not going to learn how to use it,” Willoughby said. “But it just puts me in a little bit of disadvantage because, like I said, I just don’t have the experience now.”

And for students who already struggle with lab coursework, the transition to online could make it even harder.

Junior biology major Giovanna Castellanos was just getting the hang of her lab classes, she said, when classes were forced to move online.

“My major is really heavily based on labs and hands-on experience,” Castellanos said. “This was finally the semester I was doing labs that I was interested in.”

Labs were never her strength, but in BSCI283: Principles of Microbiology and BSCI330: Cell Biology and Physiology, she was finally enjoying them and getting better at the work, too. Castellanos was even thinking about applying to a research lab. But now that she will no longer be able to practice in class, she’s afraid her skills won’t be good enough.

In one of her labs this semester, she got to put a variety of drugs, like caffeine on water fleas and observe them under a microscope to see how their heart rates were affected.

Now, Castellanos has to settle with interpreting the fake data her professors provide.

“I know they’re working really hard to try to translate it all online,” she said. “It’s just, these things sometimes aren’t translatable.”