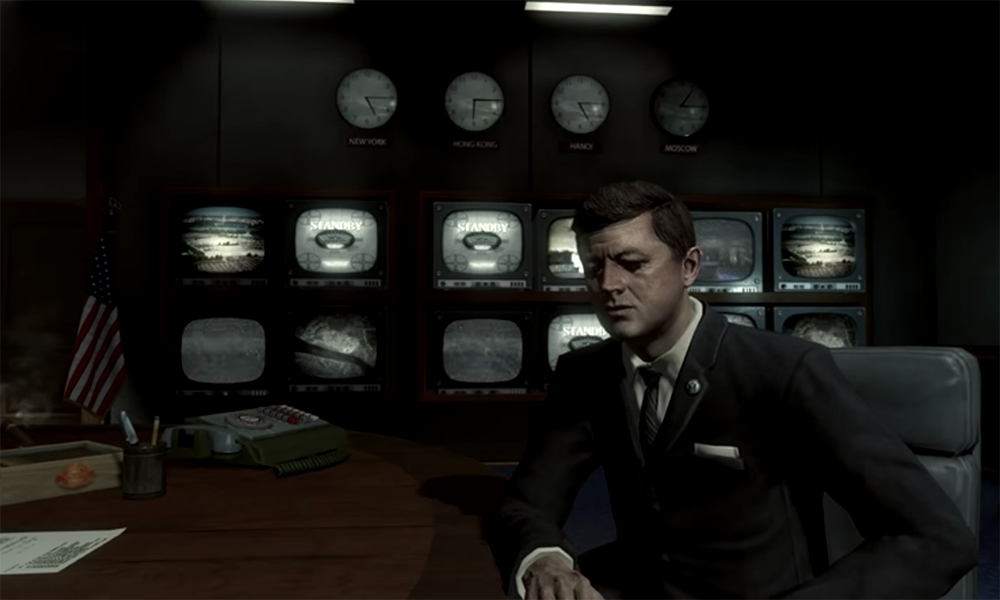 'Call of Duty: Black Ops' brings players back to the 1960s and the Cold War. (Photo via YouTube)

Sitting at home for days has its drawbacks, but it also has its benefits, especially for video game lovers like me. Heading back to my parents’ house and going through my basement cabinets for the first time in a while, I uncovered a gold mine. I found dozens of old video games — from Xbox One, Xbox 360 and even the old GameCube — just lying there, waiting to be played.

Against my mother’s wishes, I saved all the different consoles for a rainy day or, as it turns out, for an indefinite quarantine. Every week over the next month, I’ll play a video game that was released about a decade ago and write about it: the features, how it aged and my memories associated with it.

The first one I chose to play was Call of Duty: Black Ops, a game that turns ten years old this year. The game was released in November 2010, one year after the wildly popular Call of Duty: Modern Warfare 2. Both games are first-person shooters with similar layouts, though Infinity Ward developed MW2 while Treyarch developed Black Ops.

This is where the similarities end. Unlike MW2, which is set in the present day, Black Ops brings players back to the 1960s and the Cold War, blending fact with fiction during a tumultuous time in American history. An era-defining failed mission, the Bay of Pigs invasion in Cuba, kicks off the campaign mode play.

[Read more: Review: ‘Feel Good’ illustrates that not every story is made for television]

From there, players play as CIA agent Captain Alex Mason, getting a rundown of his military experience as he is strapped into an interrogation room chair, electrocuted and questioned by a disguised voice over the speakers. Mason recounts his journey — from being captured in Bay of Pigs, to being held in and breaking out of a Soviet Gulag, to serving in Vietnam — and players fight through it on his behalf.

While gruesome at times, the campaign mode is nothing short of addicting. The story has all the elements of a great Cold War era movie: John F. Kennedy speeches, the Rolling Stones songs, sleeper cells, former Nazi scientists working on sought-after biochemical weapons.

When playing Black Ops online, the experience is pretty similar to the trash-talking environment I remember from playing as a young teenager. In terms of the technical aspects, it’s pretty easy to upgrade weapons and the program balances teams well. Fans of the game will remember my favorite map “Nuketown,” a small fence-enclosed set of model homes that serve as a nuclear testing ground and lead to some of the most intense battles.

A real advantage the Treyarch-produced games like Black Ops have over their Infinity War peers is the inclusion of a Zombies option, a survival game played in pairs, where the sparsely-armed players face increasingly large waves of bloodthirsty, half-dead bodies charging toward them. There’s really no winning in Zombies — it’s just about making it to the next round.

At the height of AMC’s The Walking Dead, the game was the perfect fit for groups like my friends and I who would play for hours, perfecting techniques, timing and hiding spots. For history buffs, you can also switch up the typical Zombies format and play as JFK, Defense Secretary Robert McNamara, Richard Nixon and Fidel Castro in a scenario where zombies break into the Pentagon.

Black Ops received positive feedback from the gaming community — and its sales certainly indicated that. During its initial three-day launch weekend, the game raked in half a billion dollars and, as of October 2019, it is the highest-selling Call of Duty game of all time.

Playing it back, over nine years after the release, I was filled with fond memories of sneaking off to my basement to finish the campaign or cramming hours of online gameplay into a sleepover with friends. There’s also a hollow sense of accomplishment in the fact that the violent games I played as a kid didn’t turn me into a violent young adult. But they did lead to a young adult who can’t stop playing or talking about video games, so maybe it’s not all positive.