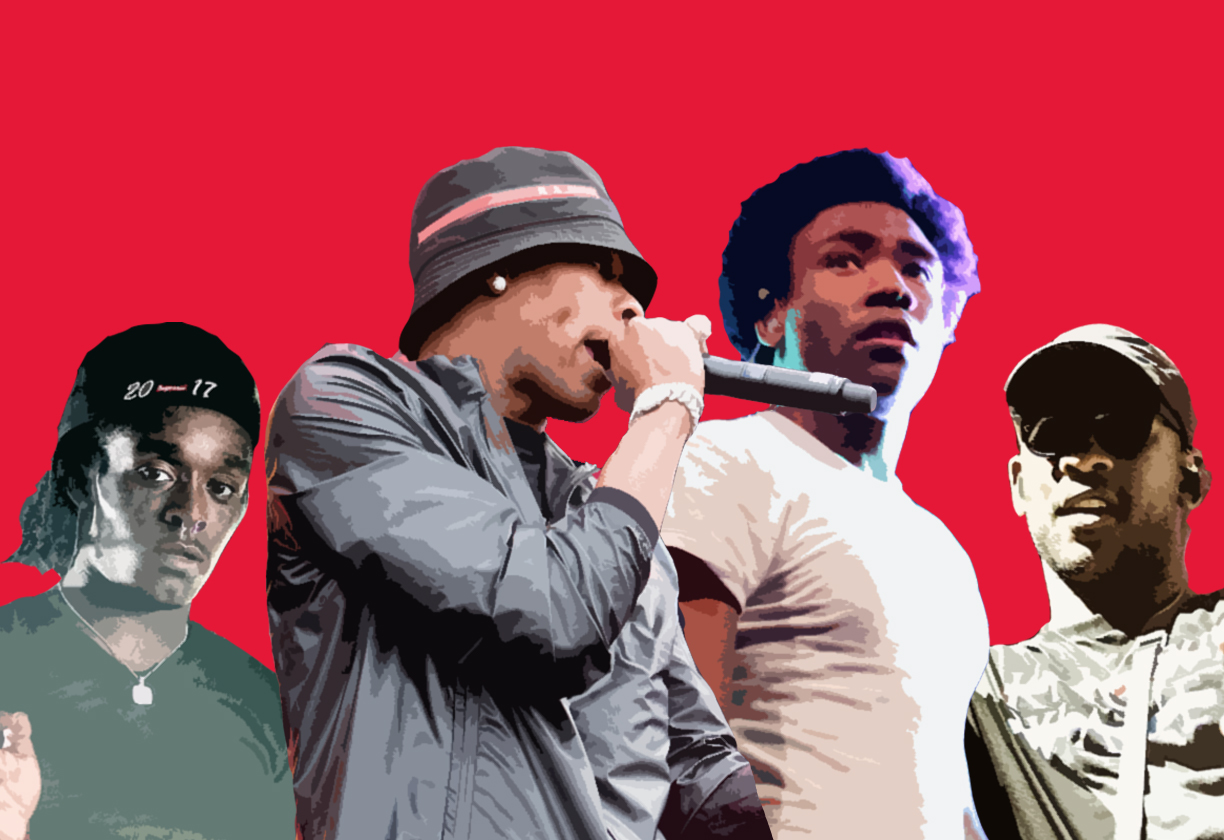 Many artists released music this month, but which albums are worth listening to? (Photo via YouTube.)

In a time of anxiety paired with too much free time, turning to new music for some stress relief is always a healthy option. Thankfully, some of the industry’s most popular artists have obliged us. In the past 30 days plenty of albums came out , many of them highly anticipated projects from hip-hop and R&B artists. While reviewing albums is not exactly black or white, there were many hits and many flops. Here’s a breakdown of the best and worst:

Good: The Weeknd — After Hours

While I already wrote a lengthy review of this project last week, Abel Tesfaye’s fourth full-length studio album After Hours is worth revisiting. The qualities that have made The Weeknd so successful are still there — his voice, dark themes of love and lust — but he makes the project feel exciting with a 1980s sound and hypnotizing Las Vegas visual elements.

In the week and a half following the project’s release, Tesfaye released a series of bonus tracks and remixes that add to the quality of the album. The Weeknd rarely disappoints and he certainly didn’t with After Hours.

PARTYNEXTDOOR, another popular Canadian R&B artist, released his third studio album a week after Tesfaye’s, but the result is a lot less satisfying. PARTYMOBILE is the first full-length album Party released in four years, and yet there wasn’t much improvement in that time.

The songs on PARTYMOBILE have the typical synth and smooth R&B feel to them with no real variation. Though he has a great voice, Party’s performance feels kind of monotone and boring. The high point is “BELIEVE IT,” a song on which Party sounds groovy and contains a surprising Rihanna feature, but even that doesn’t save the album.

Perhaps the most highly-anticipated album on this list, Lil Uzi Vert’s Eternal Atake finally reached the public’s ears on March 6. The 5’4” trap rapper has a sound infinitely bigger than his short stature and his most recent project contains quite a few party anthems (if only we could listen to them among friends).

There was some repetition and a few throwaway tracks, but the deluxe version released a week later helped by adding songs like “Myron” and “Bean (Kobe)” with a fantastic Chief Keef feature. While Eternal Atake may not be Uzi’s best album, it’s a well-executed gift for fans of his genre.

While it breaks my heart to put the word “Bad” next to anything Childish Gambino makes, his most recent album simply cannot be placed in the “Good” column. As the date suggests, the album was first available for public consumption on March 15 online, but was released to streaming platforms a week later. The album is sonically all over the place and exhausting while containing little of Gambino’s unfiltered voice or rapper ability — two of his best qualities.

There are bright spots on the album like the third track “Time,” “35.31” and “42.26,”  previously released as “Feels Like Summer” in 2018. While the album’s simplistic and low-effort nature with the all-white cover art and numeric nature of the song titles makes it somewhat intriguing, it ends up coming off as low-effort more than anything else.

This collaboration album came to America from across the pond on March 27, featuring British rappers Skepta, Chip and Young Adz. The three artists have extremely complementary styles and they detail lives of crime and luxury in London on this 12-song project. Songs like “Demons” and “Traumatised” have both catchy Young Adz-autotuned hooks and quote-worthy verses from Skepta and Chip.

This genre of UK rap, often referred to as Grime, can seem like a world of its own at times and there’s a bit of a learning curve to understanding their slang. One thing that’s pretty easy to understand, however, is that Insomnia is a really strong project.

While released on Feb. 28, it’s worth counting Lil Baby’s My Turn seeing as the MC is one of the most popular rappers coming out of Atlanta, the hub of trap sound right now. His most recent album, however, isn’t very promising. Baby’s discount Young Thug-type flow gets especially stale after 20-tracks, although his song “We Should” with Thugger is a high point.

Artists like Lil Baby rely heavily on the catchiness of the beats, which is why he’s had success with “Yes Indeed” and “Drip Too Hard.” The instrumentals on this project don’t have the same appeal, unfortunately. There’s also the irony of naming a project “My Turn” when it needs so many features to make it listenable.