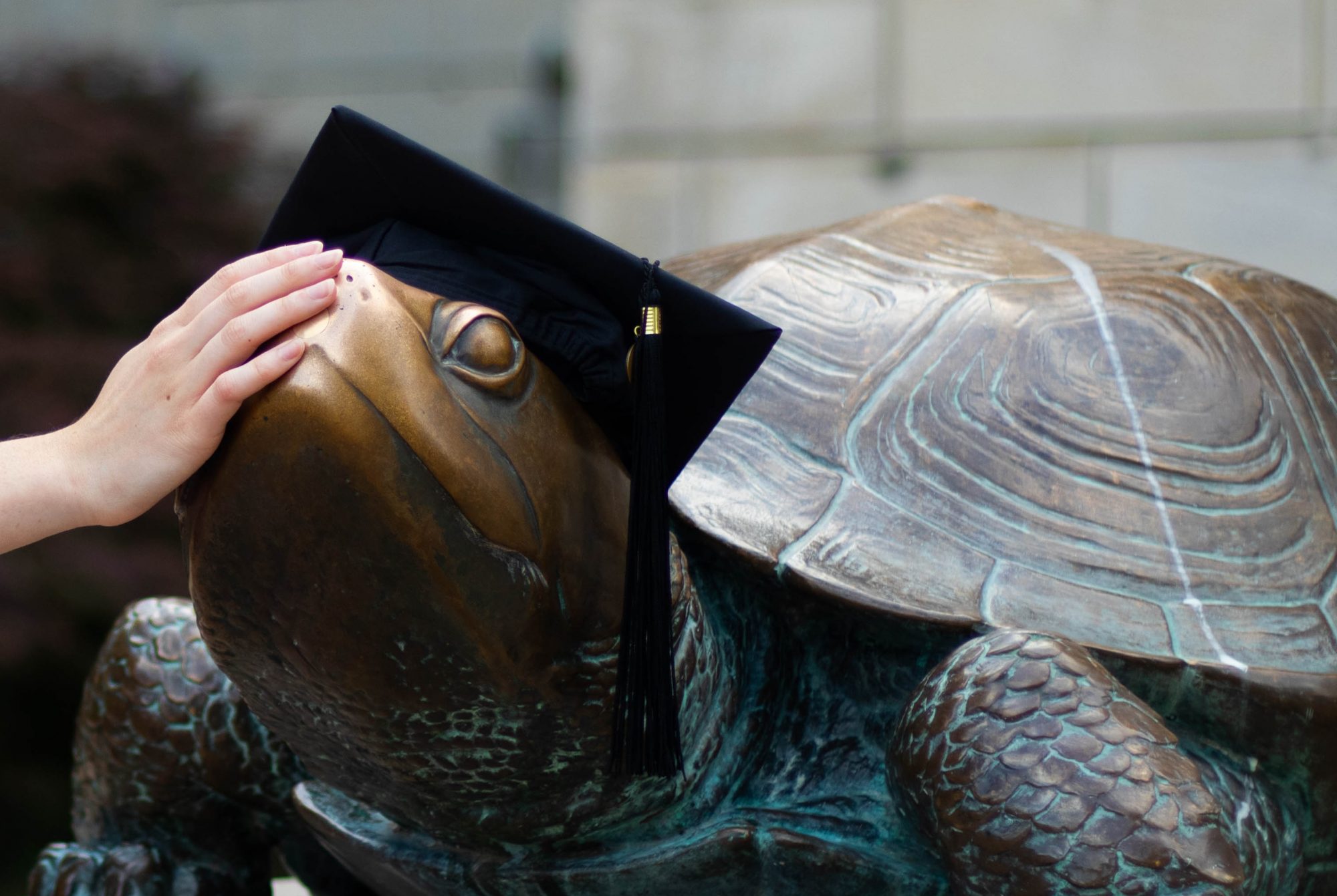 A petition to postpone the University of Maryland's commencement rather than cancel has over 6,000 signatures. (Julia Nikhinson/The Diamondback)

University of Maryland students are petitioning the university to postpone the spring in-person commencement ceremony, after university President Wallace Loh announced its cancellation on March 19 due to the novel coronavirus pandemic.

In a March 24 campuswide email, Loh said the university “will do its utmost” to honor spring graduates with an in-person ceremony and was exploring producing a virtual celebration on May 22.

Though gatherings of more than 10 people are currently banned while Maryland is under a state of emergency, senior Gabriela Grant — who created the petition, wrote the university’s decision to cancel commencement was premature.

The petition, which had over 6,000 signatures as of Monday, points out that other schools around the country and Towson University have announced they will postpone their ceremonies.

“I thought a lot about students who came all the way to the United States to pursue a degree,” the dance major said, “who are first-generation students, who are really, really, really doing this for themselves wholeheartedly and have been looking forward to this for four years.”

Grant is working alongside a group of more than 250 students who have dubbed themselves the “COVID-19 Student Task Force.” She is the Commencement Committee leader.

Along with postponing commencement, the group has several other goals. Some of these goals are providing students with emergency housing, encouraging the administration to pay work study students, expanding emergency funding for first generation students, and establishing a “Double A” grading policy — this policy would give all students either an A or an A- in courses this semester.

The “COVID-19 Student Task Force was created by Alysa Conway — a junior government and politics and public policy major — on March 20. She decided to create the group after Loh notified students on March 19 that in-person classes would not resume this semester.

“[Seniors] need to not have this moment be taken away from them. It’s too sentimental and valued, it’s something that they will be able to remember and to pass on generationally,” said Conway.

The students are also working with the Student Government Association to pressure Loh and university administration, and are trying to keep the university community informed about their efforts through the social media campaign “See Me UMD.”

[Read more: UMD made the semester pass-fail. The SGA wants the only options to be A and A minus.]

While Grant hopes for an in-person commencement, she understands one could not be held until the current pandemic is resolved.

For senior psychology major Michelle Penka — who helped Grant with the petition — the loss of commencement reinforces all the other milestones seniors are missing now that classes are online for the rest of the semester.

“I just kind of felt like our class really lost a lot of things rapidly and commencement should have not been one of the things I’ve lost,” she said.

Penka also acknowledged the different language in the March 24 email.

“I noticed that Dr. Loh said that the university would try to do their utmost to honor my class,” she said. “To me, that does not mean that there will be an in-person commencement, it just means that they’ll try. So personally, it has not changed my view — I want to move forward.”

“If the virtual one was the only one that was an option, I’d be pretty upset,” she said. “I just think, like with everything going on, this is something that I feel seniors need to look forward to.”

Connor McDermott, a senior, will be graduating with three degrees: chemistry, French and physiology and neurobiology. As an incoming chemistry doctoral student at the University of Virginia, he didn’t sign the petition — he probably wouldn’t be able to go to a postponed commencement, he said.

“I put in four years of hard work,” McDermott said. “I was really excited to have that flex of walking across the stage.”

McDermott now expects to celebrate his graduation alone in his backyard, he said. His honors thesis for chemistry, which is about halfway done, is also up in the air, he said, since the university is currently putting most research activities requiring researchers in a lab — like his — on hold.

Grant urged students to stay engaged and involved. But while she’s fighting for a postponement, she acknowledged she may have to accept a cancellation in the end.

“I am a person who believes in a greater purpose,” Grant said.