Quarantine yourself with these seven great bottle episodes 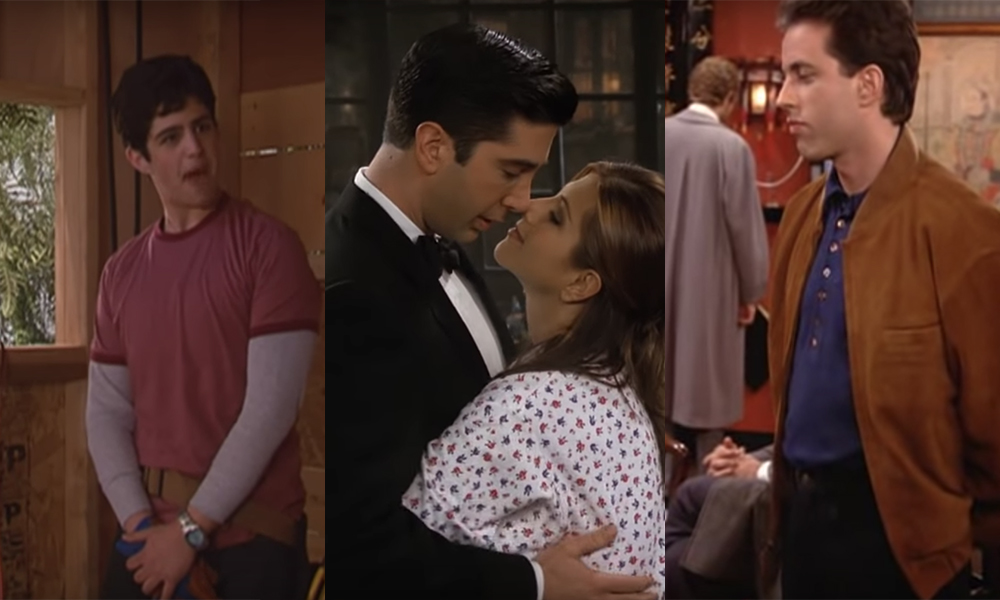 'Drake & Josh,' 'Friends' and 'Seinfeld' all have bottle episodes to enjoy. (Photos via YouTube)

These days, many people are looking to television to help make their periods of quarantine or self-isolation a little more bearable. If you’ve ever wondered how your favorite characters would react in similar circumstances, some shows have bottle episodes — stories where the action is contained to minimal settings, often taking place in a single room.

To help you stay sane while staying in, here are seven examples of great bottle episodes.

Sunny has plenty of excellent episodes that happen in one place, from “CharDee MacDennis: The Game of Games” to “The Gang Beats Boggs” — both of which are great examples of making the most of a limited setting. But “The Gang Gets Quarantined” is the closest we may get to see of how these degenerates would’ve reacted to COVID-19. The Gang’s quest to open for Boyz II Men (don’t ask) and Frank’s quest to be “pure” (really, don’t ask) collide in hilarious, delirious ways.

Although not the first bottle episode, “The Chinese Restaurant” is often considered the one that popularized the concept, especially in sitcoms. It’s not hard to see why — Elaine’s attempt to steal an egg roll off a customer’s plate is gut-bustingly awkward, and Jerry’s insistence on seeing a B-movie over having dinner with his uncle is peak minutiae from ‘the show about nothing.’ Most episodes on this list use the formula that Seinfeld pioneered here.

[Read more: ‘Animal Crossing: New Horizons’ is the peak of peace and tranquility]

“The One Where No One’s Ready” — Friends season 3, episode 2

Friends got so much mileage out of Monica’s living room that it became the de facto place where important life events occurred. From Monica and Chandler’s engagement to the final goodbyes, it’s a wonder the group ever wandered outside those purple walls at all. So leave it to a relatively minor event — one that only Ross cares about — to truly define what made the room so special. Not only does the episode take place in one setting, but it also happens in real time, creating a race against the clock which amplifies Ross’s anxiety and the others’ indecisiveness for maximum comedic effect.

Vince Gilligan’s series has always been about frayed nerves and raw emotion, but this episode (directed by future and polarizing Star Wars director Rian Johnson) cranks up the tension by amplifying the claustrophobia in Walt and Jesse’s meth lab through the titular bug’s presence. What starts off as a minor annoyance soon acts as a barometer for the pressure that builds to a fever pitch between the two men who’ve irrevocably changed each other’s lives.

From one of the most meta shows in the history of television comes a meditation on bottle episodes and their accompanying tropes. The question of whether the gags are meant to parody or pay tribute to bottle episodes is largely irrelevant when said gags come as hard and fast as they do here. And to think it all started with someone (or rather, something) stealing Annie’s pen.

One of the supreme joys of my life was going back and finding out that Drake & Josh was just as funny as I remembered. Drake outlining the door in Magic Marker before actually cutting it out is classic, as is Megan’s decision to ditch her trapped brothers in favor of getting a snow cone. In a show filled with cartoonish antics, the final gag here is the closest this Nickelodeon series ever got to Looney Tunes and the zaniness of Wile E. Coyote and the Road Runner.

The entire first season of Cheers

Bottle episodes were originally meant to save on production costs so money didn’t have to be spent on multiple sets and locations. The producers for Cheers took this to the extreme in its first season: If it didn’t happen in the bar, it may as well have not happened. Romance, politics and drunken parties ensure that no one gets bored — even if the characters don’t actually go anywhere.