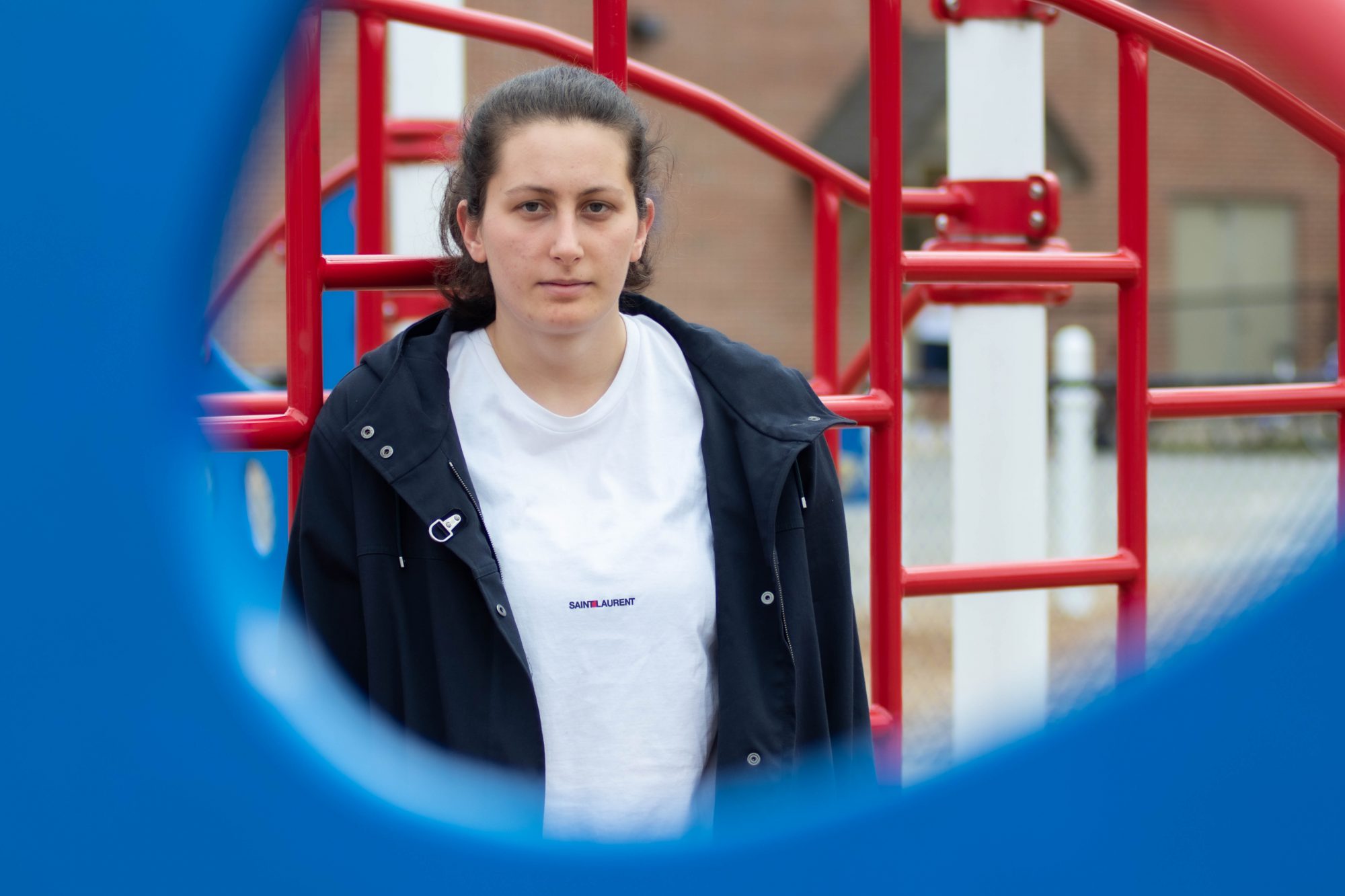 Camilla Bergami, an exchange student from Italy, is just one of the University of Maryland's international students now stranded in the United States amid the COVID-19 pandemic. (Julia Nikhinson/The Diamondback)

When Yusuke Ito came to the University of Maryland in the fall, he was struck by how huge everything was. He also noticed that there weren’t very many ramen places or sushi bars — instead, there was a Subway and a McDonald’s, both not too far from his room in Prince George’s Hall.

Overall, though, College Park wasn’t too different from his home in Tokyo, Japan. It took time for Ito to get used to the city, but by the time the current semester rolled around, he felt comfortable on campus. He could even show new exchange students around.

Then, everything fell apart.

“I didn’t think it was gonna be this bad,” said Ito, a sophomore economics major.

Just over a week ago, the university canceled post-spring break in-person classes until April 10. For many students, this meant a last-minute change of plans — packing more than they originally intended to, spending more time at home than they would have liked.

But for Ito, Camilla Bergami and Mingye Deng, three of the about 5,000 international students at this university, the situation was different. For students whose home countries are far away and whose home cities have been devastated by COVID-19, the sudden removal of structure has brought an added layer of anxiety — and required an added layer of resilience.

The coronavirus outbreak was already starting to make headlines when Bergami arrived at this university in January to study economics and computer science. But the news mostly applied to China, and Bergami didn’t expect the sickness to reach campus.

Bergami, an exchange student from Bocconi University in Milan, Italy, is in her last year of college. She was supposed to spend the semester exploring the United States, a country she had never visited before.

But by the end of February, Italy had over 1,000 cases of the coronavirus. Bergami saw her hometown, Bergamo, known for its medieval beauty, become the city with the most cases of COVID-19 in her country. The daily FaceTime calls with her parents, her brother and her grandmother went from focusing on stories about her experience in the capital of the U.S. to reports on how her family was navigating quarantine.

But the fact that Bergami’s family is together and inside brings her comfort. When it gets to be too much, the four of them stay in their garden to get fresh air and play with the family’s dog, Lola, a 7-year-old beagle. They read and talk, surrounded by grapevines not yet bearing fruit.

“If anything happens or they need help, they always have each other,” Bergami said. “They have space to walk and still live a decent life.”

Bergami’s grandmother worries her the most, she said. At 81, she was used to going to church in the mornings, and stopping at a friend’s house to chat afterward.

Now, her grandmother is stuck inside. And Bergami, over 4,000 miles away, is, too.

When her semester in the U.S. was still wide open, Bergami had a list of places she wanted to visit — the West Coast, Florida, New York. But she also wanted to make memories on campus. She wanted to have the classic college experience, the one she saw in movies growing up.

“The atmosphere, the extracurricular stuff … that is not something that I get to do in Italy,” she said.

That, too, was cut short. On the Friday before spring break, Bergami decided to leave campus to stay with her roommate in Montgomery County.

Before, she lived in the Language House’s Italian cluster with three other students. As part of their living agreement, they only spoke Italian and held special cooking activities every two weeks.

And even though they’re now in a different home, she and her roommate are standing by one of the rules of their old dorm.

“We keep speaking Italian,” she said. “So that we continue as if life were normal.”

For Deng, life hasn’t been normal since January.

A second-year quantitative finance graduate student, Deng is from southeastern China. In the beginning, she thought most Americans seemed indifferent to the outbreak, though many Chinese students — including herself — were concerned.

Some Chinese students started to wear masks around the campus. That’s a common cultural practice, Deng said, widely seen as a self-protection measure. But as the virus ramped up, Deng said she became increasingly worried about the stigma she and other Chinese students could face.

“Back in January, I will say, I [was] more concerned about discrimination than the virus itself,” Deng said.

While Deng said she personally never faced explicit racism, she was unsettled by the embarrassing moments some of her friends shared with her. She was glad when administrators from the graduate school approached students and assured them the school would try and assist those facing discrimination.

But now that the outbreak has grown to a pandemic, with cases on the rise in the U.S., Deng has a whole new reason to worry.

If she does catch the virus, Deng wouldn’t know what to do to receive treatment. She isn’t familiar with the American medical system — and she doesn’t have insurance.

She said she will avoid leaving her apartment. If it were up to her parents, she’d be on her way home to China. But due to a travel ban that President Trump imposed at the end of January — which prohibits travelers from China re-entering the U.S. — she can’t risk it.

“I can just stay here, hopefully, safely,” Deng said. “Just wait until May … when I receive my degree.”

The reality of it all hit Ito on the Wednesday before spring break, when he met with his tennis club.

There, one member said it could be the last time they’d meet for the semester. But for Ito, whose exchange program from Keio University was set to end in May, it could well have been his last meeting ever.

“Everything that I had done normally is just gonna end in a moment without saying a formal goodbye,” he said.

Since Ito joined the club back in September, he’s attended their meetings twice a week. When he first signed up at the First Look Fair, he just planned to go to a few, hoping to meet people he could play with privately. But he ended up finding an accepting community there, and he decided to join.

At his university back in Japan, the atmosphere was different.

There, Ito was used to a bigger classroom, with more people and complete silence. No one raised their hand, he said. They listened to what the professor said, took notes, and that was it.

At the University of Maryland, it was a vastly different experience. The students engaged, Ito said: they talked, they yelled. Just watching his classmates encourages him to study, he added.

On Thursday morning, March 19, Ito left Washington, D.C., to return to Tokyo, Japan. His flight took off on the same day Gov. Larry Hogan advised all public universities in Maryland to finish their semesters online.

When Ito first talked to The Diamondback on the Friday before spring break, he was already considering the return. Part of him wished he’d done so sooner.

There was no point in staying — the damage was already done.

“I felt like I was a member of UMD,” Ito said, “[and] I just feel like I lost it. I just lost the privilege, a bit, if it’s online — because there’s nobody here.”