Review: ‘The Hunt’ is needlessly violent in trying to prove its political point 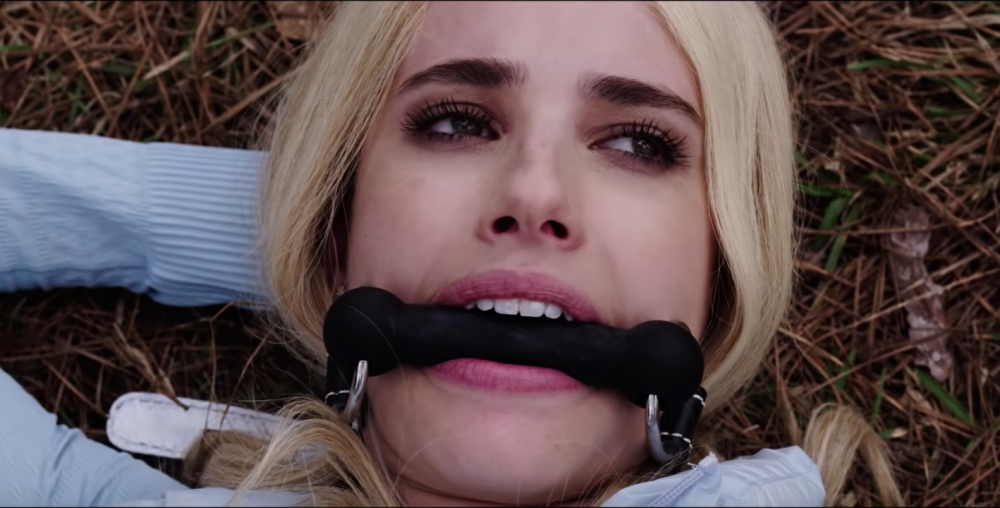 'The Hunt' will be available for digital rental as a result of the coronavirus outbreak. (Photo via YouTube)

I’m mad at this movie. And there are quite a few reasons, some more or less expected, so I’ll jump right into my thoughts.

The Hunt is about a bunch of rich people rounding up poor people and killing them for sport. This is the way the film has primarily been marketed, along with a sprinkle of political commentary of which there is very little description in any trailer.

Of course, just on the surface level I think this premise is inappropriate — especially given the film was delayed from its original release date because of the El Paso and Dayton shootings.

We’ve already gone through our fair share of Hunger Games-esque dystopian films and literature, and I think we can leave the “killing for fun” concept in the past where it belongs. Right now, we have gun violence on a mass scale in this country — not to mention a pandemic on our hands — so it’s a very situationally injudicious kind of film to make and release.

What makes me more upset about the film is the fact you later discover the filmmakers are trying to make a grand statement about the political climate in the U.S. through this horrendous plot. And what puts the cherry on top of it all for me is that the social commentary is actually very well done.

When you move past the gross horror movie killings in the first ten minutes (which is where most of the death is concentrated), the film has some very poignant things to say about judgment and prejudice.

At first you think this movie is a statement on rich versus poor. You think the rich people are bored and go to extreme measures to entertain themselves by enacting some sick fantasy where they kill those beneath them.

But as the film goes on, you find out — along with the total badass main character, Crystal — the rich picked their victims because of messages and posts they left online. The rich people turn out to be Democrats, and the ones being rounded up for killing are people who have exhibited signs of being conservative or are “bad people,” in the perspective of the liberal rich.

There’s more to the story, but I won’t go into too many details so I don’t spoil it.

The film’s twists and turns keep you on the edge of your seat, but peppered in are little moments of humanity and humor, like when one of the rich people realizes someone they killed was married and then feels guilty about it.

Or in another moment when the rich people are making their final selections of who they will kill and a person of color comes on the slide. Everyone scoffs in disgust, saying they couldn’t pick them because it’s racist, but the person who put the slideshow together says they didn’t want to be accused of discrimination for not including a person of color. Yes, this actually happens in the movie and it’s as ridiculous as it sounds.

Nonetheless, the movie’s strongest point is that it doesn’t take itself too seriously, allowing those socio-political jokes to make you feel like you want to laugh while getting punched in the gut at the same time because it’s a little too real.

At the end of the day, The Hunt gave me a lot of mixed feelings. I think the filmmakers thought the best way to have this movie be a criticism of society was to exacerbate the theme through extreme violence. But I think making such a dramatic decision doesn’t give the audience enough credit.

Just look at movies such as Parasite or Knives Out — yes, both films had violence, but it wasn’t just about the murders. There were so many more layers conveying the same political and social criticisms that if they didn’t have violence they still would’ve been good movies that made a strong point. But The Hunt needs the senseless murders to make its point, and that’s my problem with it — no matter how valuable the societal criticisms are.