Review: MTV’s ‘No Filter: Tana Mongeau’ is more filtered than I hoped 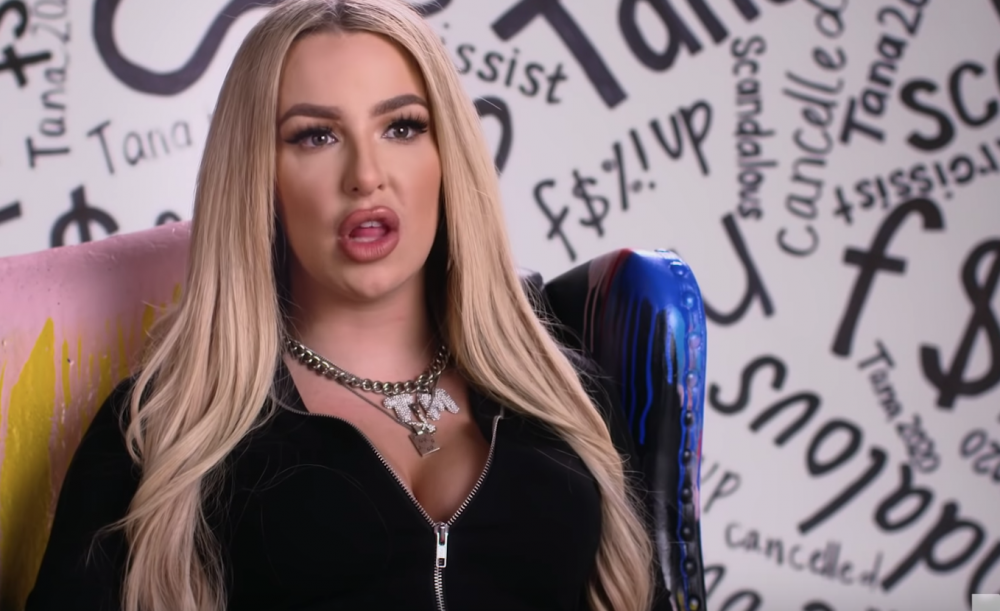 Tana Mongeau in her MTV show 'No Filter: Tana Mongeau' (Photo via YouTube.)

At one point in my life, “storytime” videos dominated my YouTube subscription box. I was hooked on the long-winded videos where YouTubers recounted ouija board sessions gone sour, rowdy high school parties and even abduction experiences.

But some storytellers were more captivating than others, and I found myself returning to a select few users for their storytimes. Tana Mongeau — who has built her brand on outrageous storytimes punctuated by witty, unfiltered takes — was one of them.

MTV’s No Filter: Tana Mongeau attempts to translate the unapologetic nature of Mongeau’s videos into a YouTube/reality TV hybrid. Although the series offers more professionally produced content, it falls short in recreating the carefree and entertaining banter of Mongeau and her friends.

I know this banter best from Mongeau’s vlog channel, which offers quirky, behind-the-scenes looks at events such as award shows and music videos shoots. Full of simple jump cuts, these videos have more of a homemade feel to them.

One of Mongeau’s latest vlogs highlights a day of filming an episode of No Filter’s second season. At one point, Mongeau and her roommate, Ashly Schwan, wait to film the first episode of the season in full-glam makeup. They’re decked out in the hippest social influencer threads — Mongeau in a cow print cropped sweater and Schwan in a highly-reflective puffer jacket. This is all for a scene with Mongeau’s roommates preparing for a yard sale.

I get it. Mongeau is an influencer, and Instagram serves as a large source of sponsorships and promotion for her content. I respect the full glam! But if this moment were recorded for her vlog channel, Mongeau and company would probably opt for a more casual look.

Although the show comes off a little forced and unnatural, I have to give it credit for showcasing the absolute mess that is the Tana Mongeau/Jake Paul relationship. The show’s first season heavily featured her marriage to the infamous Jake Paul in “holy cloutrimony,” and this season is focused on the couple’s deteriorating relationship.

The two YouTubers filmed a few videos together before becoming an item sometime around April or May. Then in June, Paul proposed to Mongeau on-stage. With a relationship built off YouTube collabs, the two obviously saw a benefit from filming together. Why try to develop your love into something private and special when you can get millions of views through pranks and challenge videos instead?

In episode two of this season, the couple prepared to make an onstage appearance together on a new comedy clip show hosted by Paul. Mongeau hoped to squeeze in time to talk through their problems, but when her husband arrived, he was all business. In the brief time they had before getting on stage, all they could sort out was an Instagram photo they both needed to post. How can any issues be resolved when you have a ten minute call time?

The frayed relationship between Paul and Mongeau is probably the most unfiltered part of this series. The swift engagement, marriage and separation of the two is definitely what most viewers are looking to learn more about — I know I am. So, while No Filter definitely has a filter, at least the curtain is drawn back a little bit.