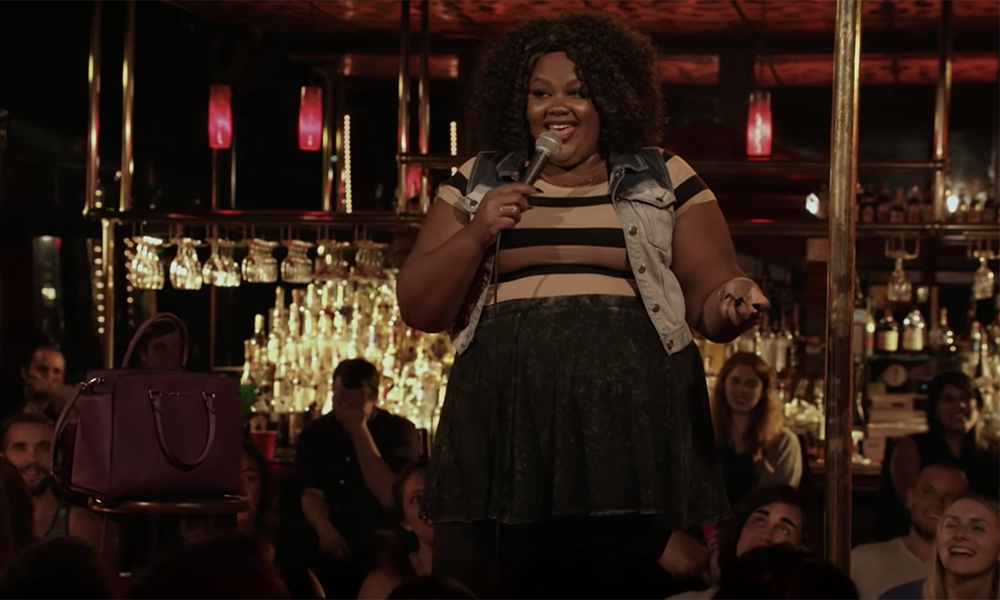 Nicole Byer performs a routine on Comedy Central's 'This Is Not Happening.' (Photo via YouTube)

If there’s one thing no one can seem to stop talking about, it’s coronavirus. And Nicole Byer is no different.

She flashed a goofy peace sign and jokingly exclaimed, “Gotta find a cure!” multiple times during her set at Student Entertainment Events’ Spring Comedy Show. The performance, bookended by coronavirus jokes, was utter hilarity from start to finish.

First was Rachel Niswander, the winner of SEE’s Student Comedy Competition. She performed the same story she told at the competition of a disastrous drive featuring two popped tires, Tammy Toyota and a boat store named after an Eagles song.

Saturday Night Live writer Anna Drezen followed Niswander, starting off her set with the ever-important question: “What is a terrapin?”

She answered it herself: “I don’t care.”

I had the opportunity to speak with Drezen after her set, where we bumped elbows upon greeting. (Thanks, coronavirus.)  She discussed how much of her comedy comes from uncomfortable situations. “My jokes are my pearls,” she said.

Before the interview, I perused her website, where the final line of her biography is simply: “She loves soup.”

So, of course, I had to ask what her favorite type of soup was.

“You’re a wonderful interviewer,” she said. “Really hard-hitting questions.” (Thank you, Anna. I try my best.)

“I’m a big fan of Top Ramen. I like Progresso Minestrone. They do not sponsor me, so I’m not getting paid by them to say that,” she clarified. “Soup that would last 20 years through an apocalypse I find to be comforting.”

After Drezen’s set, it was finally time for Byer. Her energy was immediately apparent when she came onstage.

She discussed her Netflix show “Nailed It!” where terrible bakers compete to try and create something somewhat edible. Byer detailed her disgust at child fans of the show insisting on calling her “Cakelady,” making chocolate dicks for her co-host Jacques Torres, and witnessing a car almost run her over just for the driver to then yell, “Almost nailed it!”

She told every anecdote in such minute detail that you felt like you were with her in those moments, like when she was rebuked from a toilet — as she called it — or when she made Krista from Appleton, Wisconsin, cry during one of her sets.

Inspired by her recent trek into Disney+’s content, she launched into a long-winded, extended commentary on Disney characters and ended up comparing Jafar from Aladdin and his sidekick Iago to RuPaul and Michelle Visage. “That joke was for two people,” Byer said. She was right — both of them were me.

Though Byer commanded the entire room for the whole set, nothing made me cry harder than her final story, which found her drunk crying in the wee hours of the morning in the John F. Kennedy International Airport bathroom, all the while eating Shake Shack and also shitting.

While I’ve been to many a SEE Comedy Show, Nicole Byer was unique in that it seemed she had every single person in the crowd entertained, and she never faltered. And for every time she used the word “truly” in a sentence — and it was a lot — doses of serotonin were sprinkled about the crowd like confetti.