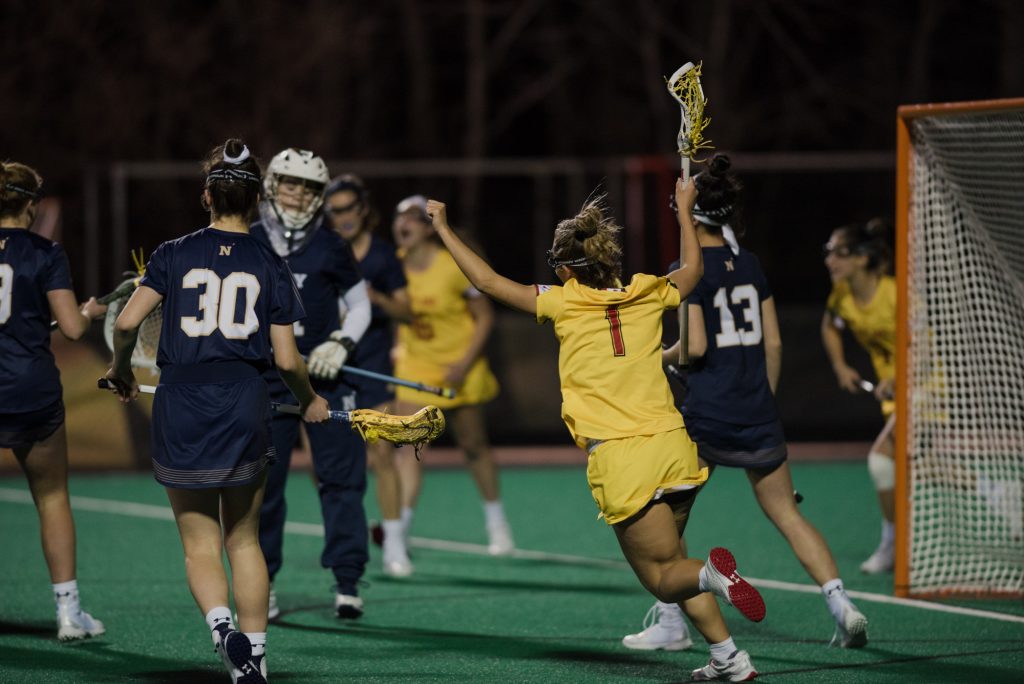 It’s the first time McSally has won a weekly award in her career and the third for Griffin, who was the Big Ten Freshman of the Week twice in 2017.

Griffin and McSally were central to the Terps’ victories over No. 17 Navy and Hofstra last week.

Against the Midshipmen, Griffin notched three goals — tied for a team-high — while tacking on an assist.

And on the other end of the field, McSally tallied 11 saves, recording a .611 save percentage in the process — far higher than her .551 average.

On Saturday, Griffin scored five goals, including four straight in the first half against Hofstra. McSally registered a career-high 16 saves after facing 42 shots from the Pride.

McSally has started five of Maryland’s first six games, putting up double-digit save totals in each of the last three to secure the starting goalie spot for the time being.

A big week from Griffin, the Big Ten Preseason Player of the Year, launched her to the top goal-scorer for Maryland this season at 15.

The Terps are back in action on March 14 when they hosts Rutgers for their opening match of Big Ten play.