Ahead of Big Ten Championships, Maryland wrestling values its rest and recovery 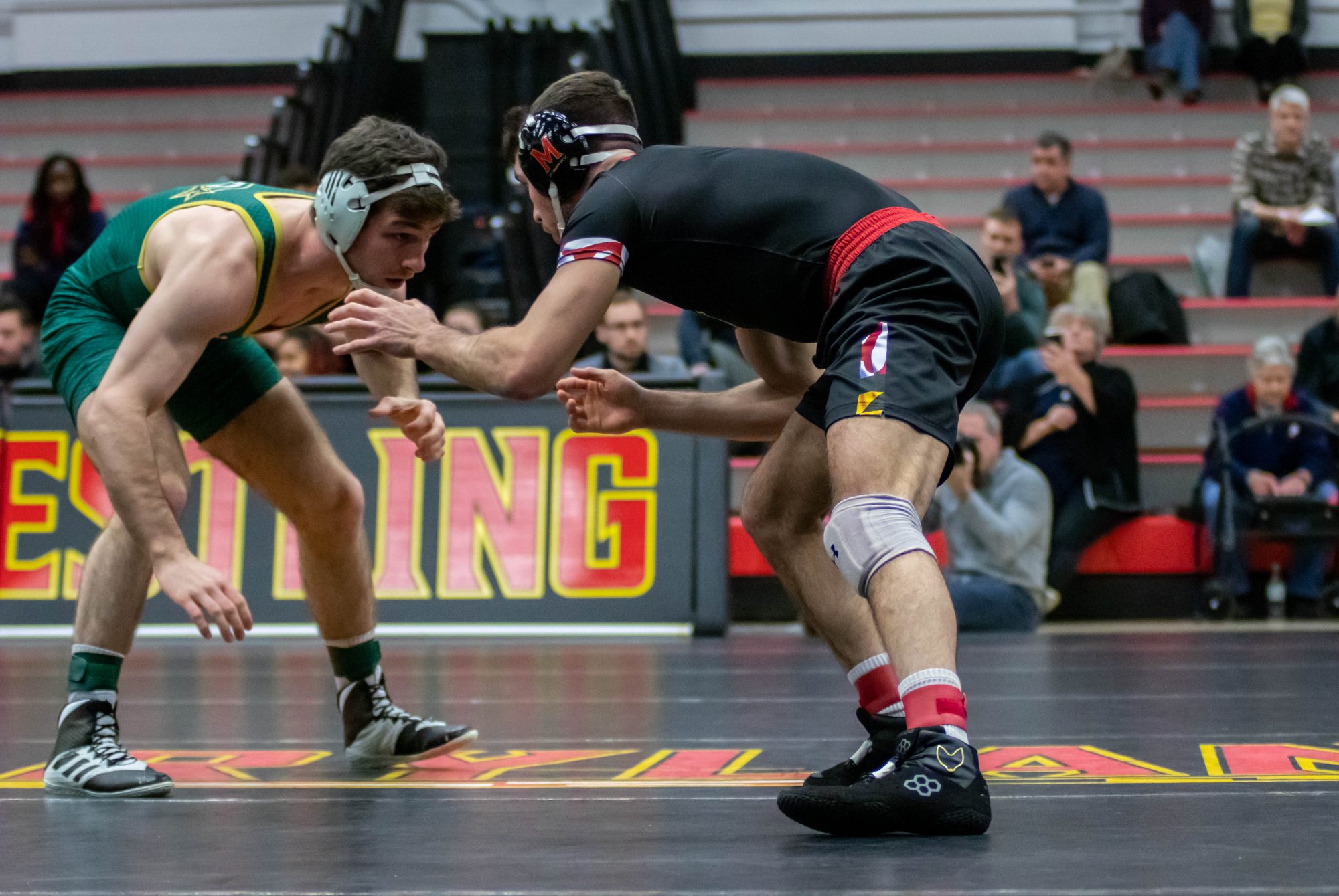 Maryland wrestling was within striking distance of Rider in its final regular-season dual. The Terps, who had just received the benefit of a forfeit in the 197-pound weight class, were down 18-16 with one bout to go.

That meant the result would come down to heavyweight Parker Robinson, who hadn’t recorded a dual win the entire season. He had experienced much the same against Indiana earlier in the season, too.

Like against the Hoosiers, the redshirt freshman was outmatched, losing a 12-4 major decision to Ryan Cloud as the Terps lost, 22-16, to the Broncs.

While Maryland’s regular season ended there, the 2019-20 campaign wasn’t quite over, as the Terps had two weeks to get ready for the Big Ten Championships this weekend at Rutgers. They’ve used that time off to rest and prepare for a potential run.

“It’s been good. Work’s been pretty good,” coach Alex Clemsen said. “We’re healthy as we can be at this point in the season, knock on wood. We focused a lot on getting some good volume, some good intensity in.”

As has been the case every week this season, the focus and the practicing is the same, though Clemsen talked about shorter, more intense practices in the final days leading up to leaving for Piscataway.

Maryland, not one of the favorites going into the championships, has the ability to land some surprise upsets. But right now, it’s all business in College Park.

Cochran is one of three Terps seeded 10th or higher going into the weekend — he and Jahi Jones are both seeded 10th in their respective weight classes. Jaron Smith received the highest position on the team as the No. 9-seed at 197.

This is also Cochran’s first experience wrestling at the Big Tens, having not done so the past two years. It’s been a renaissance season for the redshirt sophomore, who excelled on the mat, going on a stretch where he won six of his eight bouts in the middle of the season.

While it’s good to recognize the progress he made over the course of the season, getting caught up in it could be a big detractor once Saturday comes around. So Cochran has maintained the same focus throughout the last two weeks.

“I’m just gonna let it fly,” Cochran said. “I’m not gonna have any nerves. I really got nothing to lose. No one really expects me to exceed any limitations or surprise anybody. I’m just gonna have fun and wrestle hard.”

The Terps have dealt with their fair share of disappointment this season, falling just short in several matches and ending the season on a 13-dual losing streak.

However, with this weekend possibly being the last of the season for the team, morale is as high as ever. And Clemsen feels like they could make something out of what most around the conference would consider nothing.