Higher education should commit to its principles — not persecute graduate students 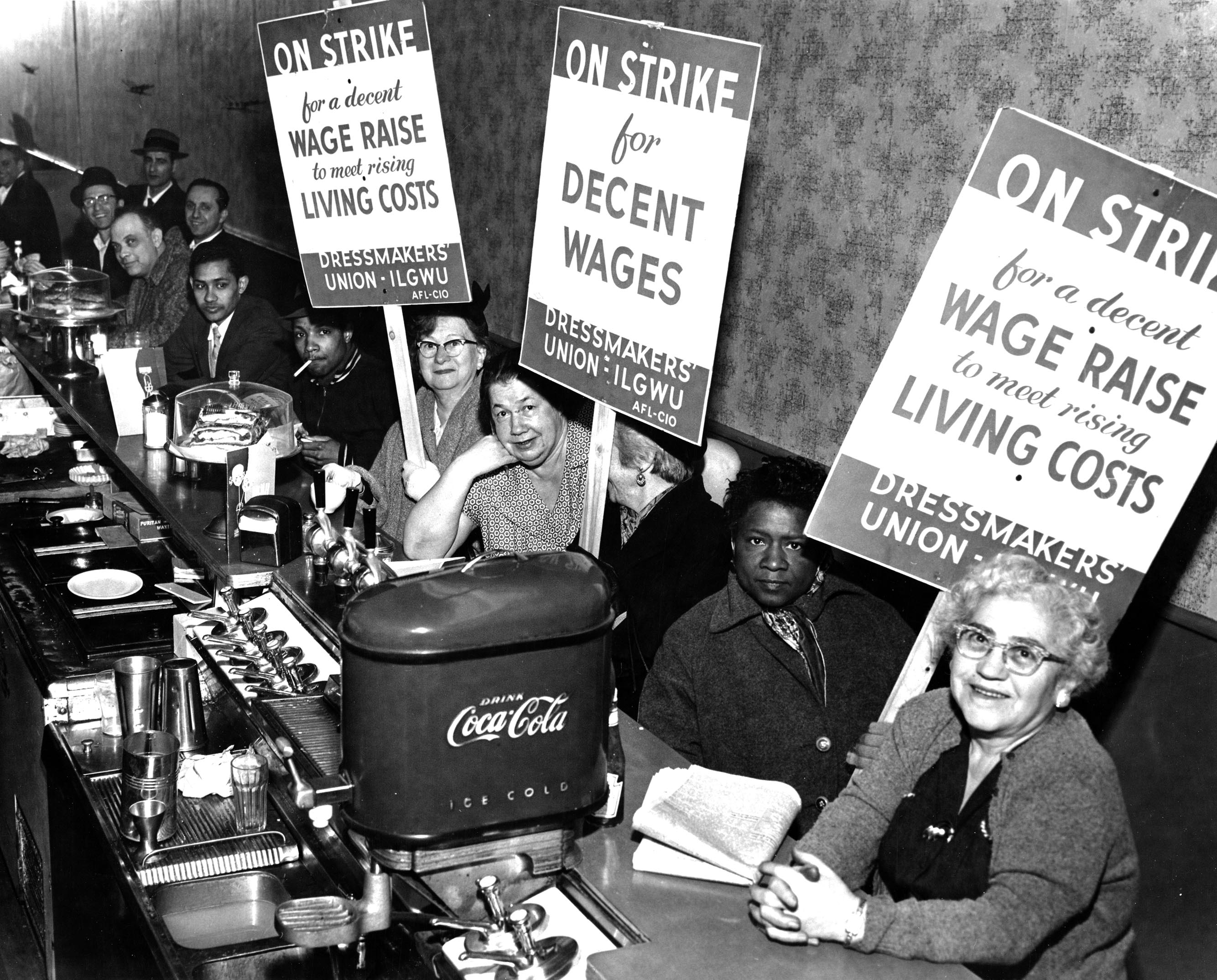 Striking dressmakers in 1955. Photo courtesy of the Kheel Center.

Imagine going to a university that claims to value the free exchange of ideas and mutual respect, yet fires unionized graduate students when they strike for higher wages.

You don’t have to imagine that hypocrisy if you attend the University of California at Santa Cruz. Fifty-four graduate students who had been working as teaching assistants were sent “notice(s) of intent to dismiss” Friday, based on the grade strike that those students launched in December and the full strike that started in February. Organizer Melissa Cronin said that of the 54 students, about one-fifth are international students who could lose their visas.

The university said students are free to continue their coursework. Of course, that’s made difficult by the fact that they’ve lost the jobs which pay for their tuition and fees for the spring semester. “For a lot of those people, this is their only source of income. The combination of loss of income and staggering tuition is disastrous,” Cronin said.

And all this at a university that is “committed to promoting and protecting an environment that values and supports every person in an atmosphere of civility, honesty, cooperation, professionalism and fairness,” according to the school’s community principles.

It’s union-busting at a place that declares itself a “participatory community.”

It jeopardizes the livelihoods of international students while asserting that it’s an “inclusive community that fosters an open, enlightened and productive environment.”

It refuses to pay for a $1,412 monthly cost-of-living adjustment (to pay for housing in the uber-expensive California market) and proclaiming “respect for individual dignity and equitable access to resources.”

The disconnect between what UCSC does and says isn’t entirely unfamiliar to anyone who’s been following disputes between graduate students and the universities that employ them. Just last year, graduate students at the University of Chicago, which asks students to “dig deeper, push further, and ask bigger questions,” went on strike in June, hoping to get the university to simply recognize the union they voted to establish in 2017. Harvard graduate students went on strike in December at the university with a motto of “Veritas,” Latin for “truth.” This was in spite of the fact that Harvard avoided the reality that its students wanted better wages, health benefits and employment protections.

Graduate students here at the University of Maryland have lobbied legislators in Annapolis for the right to unionize for years, citing issues in the meet-and-confer system that already occurs at the individual, not collective, level. There’s currently no system for graduate students to work together and bargain for higher wages, better working conditions and more. To add insult to injury, the Graduate School dean testified against a bill that would simply allow students to unionize: As he said, “collective bargaining is inappropriate, unnecessary, and not in the overall interests of graduate students and graduate programs.” The bill doesn’t even create a union! So much for fearless ideas, huh?

The pretense at the core of all this isn’t specific to institutions, but to the system as a whole. Students are supposed to come out of universities with skills and knowledge that would help them succeed beyond higher education. The end result is supposed to make critical-thinking, problem-solving, decision-making adults who are able to contribute to the world at large.

When the biggest actors across the system repeatedly fail to recognize the value of their students’ labor, they’re doing both themselves and their students a major disservice by not living up to the heart of higher education’s mission. When schools treat students with disrespect and attempts to intimidate them into submission in a system rife with unequal power dynamics, it only teaches them that the world beyond higher education will do the same.

Graduate students, like the ones at UCSC, Chicago, Harvard and this university, already recognize that the universities they attend are microcosms where real change can and should happen — not places of empty promises and dishonesty. Higher education as a whole must do the same.