Software in some UMD libraries aims to improve computer accessibility 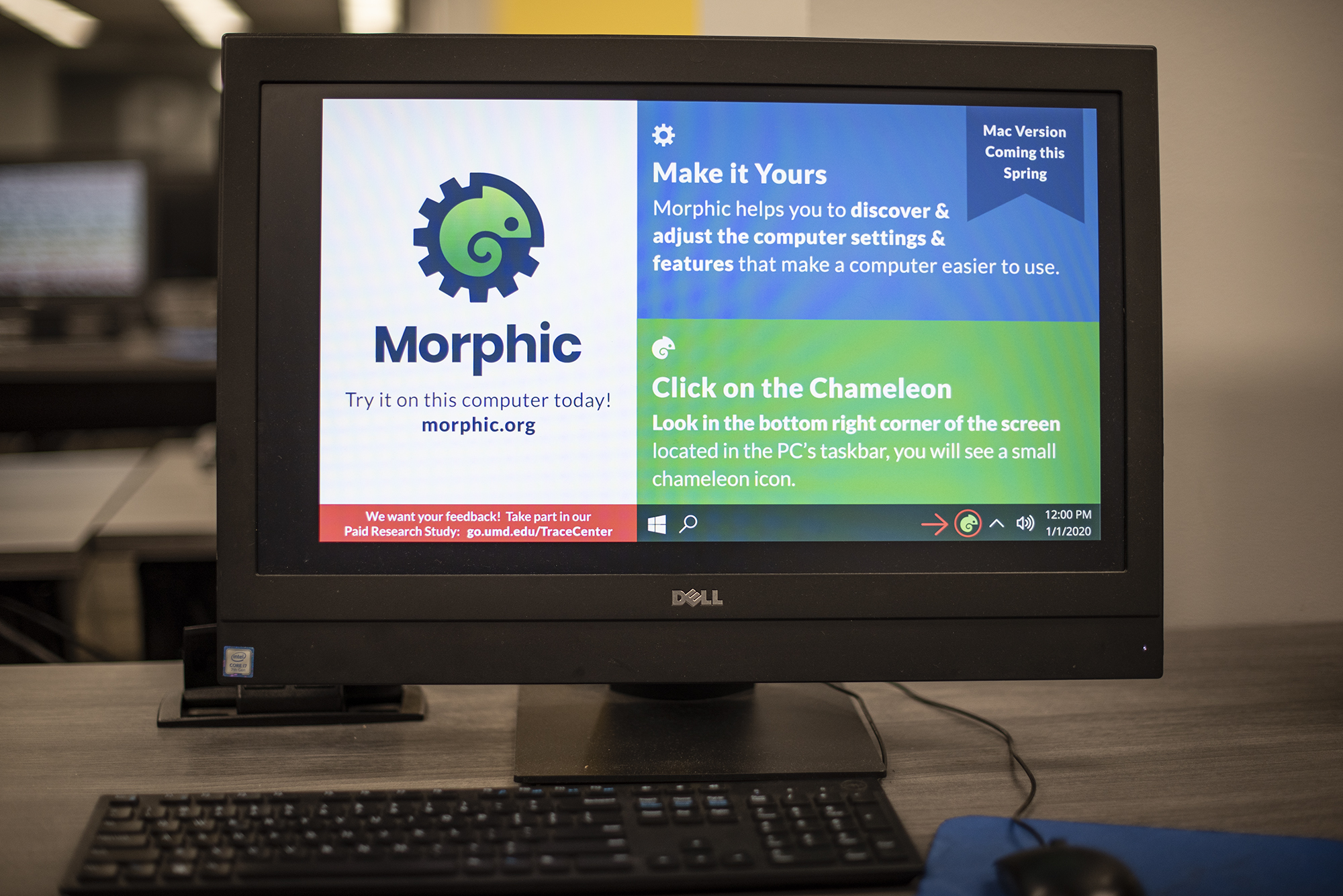 Starting this week, if you use a PC at the University of Maryland’s McKeldin Library, STEM Library or Michelle Smith Performing Arts Library, you may notice a little green chameleon icon on your desktop.

His name is Morphy.

Morphy is the symbol for “Morphic” — a software created by the Trace Research and Development Center in the College of Information Studies to make desktop navigation easier and more accessible for users.

The pilot version of the software allows assistive technologies, such as screen readers, to be accessible on all computers. But Meagan Griffith, who helped develop Morphic, says the new program is also meant to help the “everyday user” by allowing them to personalize their computer settings.

“[Having Morphic] sort of makes you less nervous,” said Griffith, a senior information science and data science major. “[It] helps familiarize students who don’t have constant access to a computer [with the university’s PCs].”

By this summer, developers also hope the software will allow users to customize the program’s icons. The line of icons, called the “Quickstrip,” simplifies finding and using features already built in the computer, such as language change, contrast and brightness and screen capture.

This feature is one of the things Trace director Gregg Vanderheiden says he is the most excited about.

“You can actually make your own buttons so that you can create something that matches what you need it to be to make it faster or easier for you to use,” he said.

Rachel Wood, a graduate student studying human computer interaction, helped create Morphic and tried it out throughout the development process. She appreciates how the software makes Chrome Read Aloud extension — a feature she uses when taking notes on articles and other assignments for class — easier to find, by adding its icon to the QuickStrip.

“Students are always looking for life hacks,” she said.

This version of Morphic has been in the works for 18 months, and its pilot version was launched two weeks ago at the university’s libraries, said Vanderheiden. Since then, Trace has been working to tune the software to the computers, Vanderheiden said. Students will be able to start using the new program this week.

Currently, the software has been installed on all PC’s in McKeldin, the STEM Library and the Performing Arts Library. A Mac version of Morphic is still in progress, Vanderheiden said.

Apart from helping students optimize their study time and making technology more accessible for users with sight difficulties, Vanderheiden said Trace is really just trying to make life easier for people in a world that puts those with a low technology IQ at a disadvantage.

“We can’t make the computer completely simpler but we can provide a gentler on-ramp,” he said.