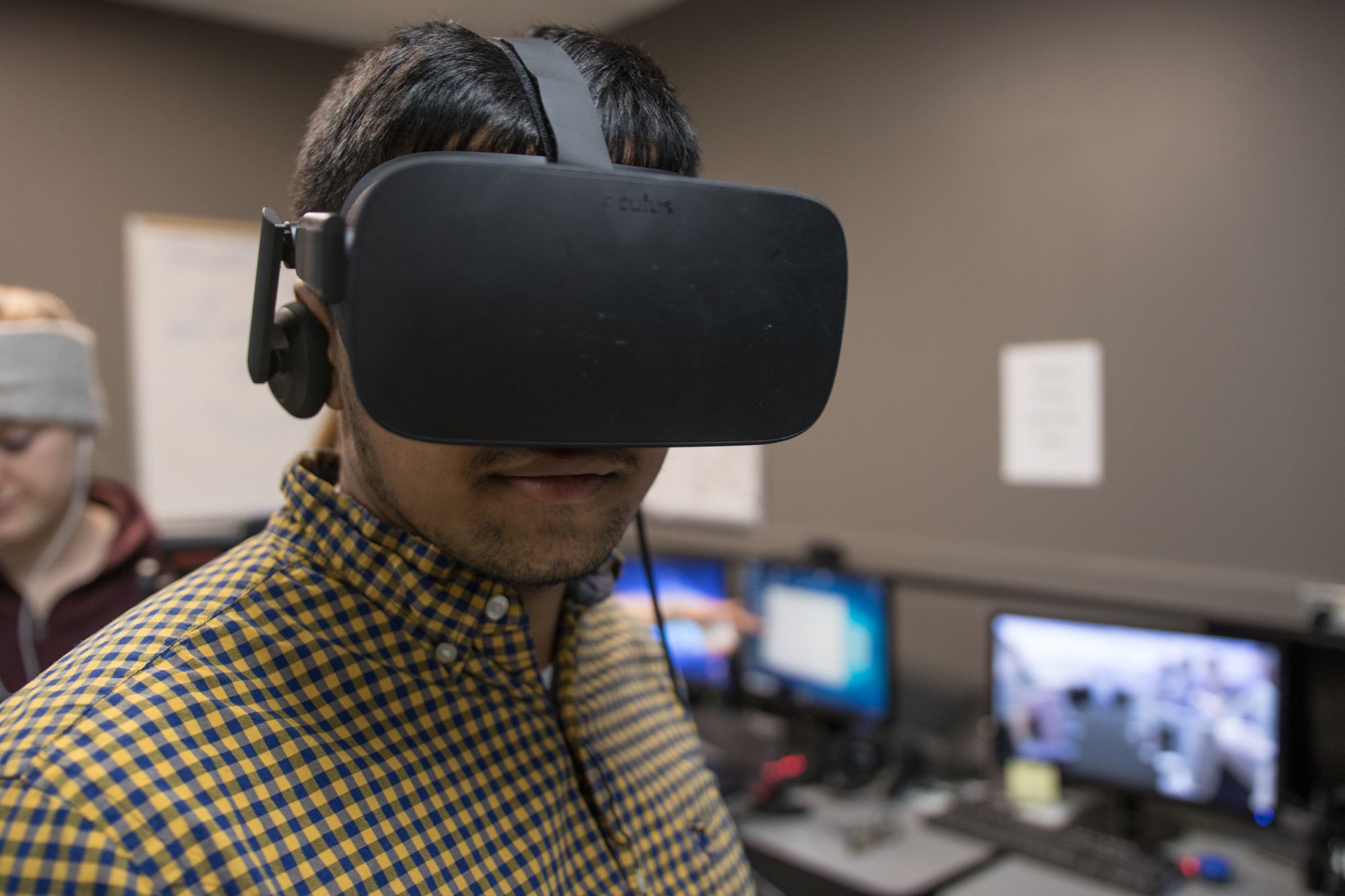 The immersive media design major, which will focus on virtual reality, was greenlit by the Board of Regents Nov. 22.(Richard Moglen/The Diamondback)

Historical events you can witness firsthand. Opera performances that put you onstage. Medical training that takes you into the emergency room.

All are virtual reality experiences students could learn to create in the University of Maryland’s immersive media design major, which is set to roll out next fall.

The program will be the first major in the University System of Maryland — and one of the first in the country — to blend computer science and the creative arts. With a concentration on virtual reality, the major came one step closer to actual reality on Nov. 22, when the Board of Regents — the body in charge of educational, financial and administrative operations for this university — gave its proposal the green light.

In the coming months, the program will face its last hurdle to approval when it comes before the Maryland Higher Education Commission.

Watching the major progress throughout the review process has been a “little bit of a roller coaster” for Roger Eastman, a computer science professor at this university who helped organize the new curriculum. But he praised the idea behind the program, which 15 faculty members first pitched in 2016.

The major is planned to help students develop design skills and apply them to interactive digital projects. It offers two tracks — “Innovative Coders” and “Emerging Creatives” — allowing students from both fields to adapt their pre-existing talents to new demands from the tech world.

But rather than isolate students with different skills, the major aims to facilitate collaboration across disciplines. Each year, students would be required to work together on projects demanding design techniques and coding languages learned in class.

Upon graduation, students will be equipped for careers in animation, computer games and software development, among others, said Amitabh Varshney, the computer, mathematical, and natural sciences college dean.

He added that companies such as Pixar, Facebook and Adobe have expressed interest in hiring students who complete the major.

Brandon Morse, an art and digital media professor at this university who helped create program’s curriculum, described the opportunities that learning to code presents art students. While off-the-shelf software may be useful, Morse said it can “impose limitations” on the artist’s vision.

“The great thing about writing code is that you have almost complete freedom as to the type of work you make,” he said. “They can inform the computer to do exactly what it is they want it to do.”

The immersive technology could bring prospective teachers into classrooms and police officers out into the field without them having to physically enter these spaces, Varshney said.

Current student-led projects in immersive design helped draw support for the major’s creation. In 2017, a team of computer science students at this university worked with the Newseum in Washington, D.C., transforming archival footage and artifacts from the fall of the Berlin Wall into an interactive experience that put museum visitors at the scene of the bygone landmark.

Maya Lee, a freshman studio art major, said the major would open up students to more of those opportunities in an emerging field.

“I think it definitely makes the university more progressive, just in the sense that art and computers are sort of merging together in this age,” Lee said. “Coming from a computer science perspective, or an arts perspective, it’s important [to be] able to work together.”

Down the road, the major will likely be reviewed for limited enrollment status, according to proposal documents, given the high demand for computer science-related degree programs at this university. That means interested students would either be required to be admitted to the program upon first enrolling at this university, or complete a set of requirements before declaring the major.

“I’ve had a number of freshman and sophomore students wanting to take it right now,” Morse said. “I’m excited to get it in action and see what these students can do.”