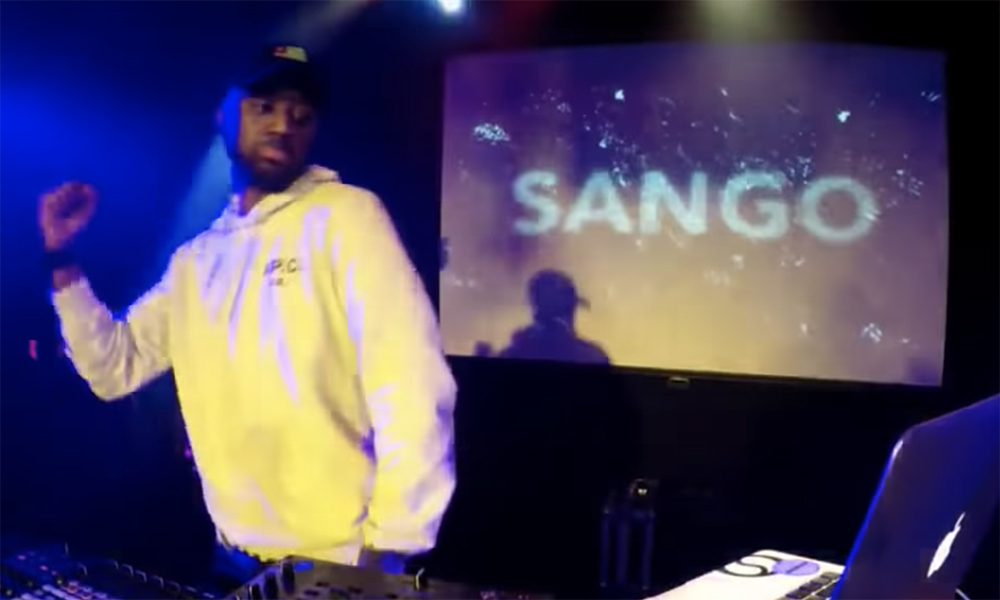 SoundCloud was once an unexplored frontier for aspiring producers and beatmakers. In its early years, its vast cyberspace of sounds waiting to be unearthed were sonically groundbreaking.

Joe Kay, co-founder of Soulection, an independent record label in Los Angeles boasting “The Sound of Tomorrow,” harnessed this untapped potential in 2011. By 2013, the label had released more than 20 albums.

Kai Asa Savon Wright — known as Sángo — is an integral part of the Soulection wave. Active on SoundCloud since 2012, Sángo quickly used the site to showcase his versatility by combining baile funk drums with gospel samples and buttery-smooth synth noises. Since then, he’s produced for rappers Mick Jenkins, Smino, Bryson Tiller and the elusive, yet unquestionably gifted, Frank Ocean.

And at U Street Music Hall Wednesday night, he proved that he can put on a show, too.

“Cayendo” — Ocean’s vinyl-exclusive track released in late 2019 and produced by Sángo — was the first snippet to bless the audience’s eardrums. His percussion pulsed through the crowd, with nearly everyone in sight grooving to that infectious kick-block-snare rhythm.

It felt like you’d entered the jungle. Hazy green lights, tribal drums and sounds from the depths of the earth’s finest synthesizers swept over the popping basement.

The 90-minute set contained hits from nearly every year since 1995. It spanned R&B classics like “You Make Me Wanna…” by Usher and Timbaland-produced madness “Are You That Somebody?” by Aaliyah, all the way to 2019’s “Puff Lah” by Kaytranada.

What makes his DJing so special are his mash-ups of hit songs. For example, the classic hip-hop heads went crazy for “Get Ur Freak On” by Missy Elliott slow-cooked to perfection over the beat of Notorious B.I.G. ‘s “Big Poppa.” And the younger generation enjoyed Drake’s “Hype” over a sped-up instrumental version of the viral sensation “Hot” by Gunna and Young Thug.

The crowd’s energy and reactions to each track was more fascinating than at almost any other show I’ve attended. Because Sángo provides a wide variety of flavors, there was a clear divide between the baile funk enthusiasts and those craving new-school trap.

He presented an eclectic mix of tracks based on his scattered musical influences — Sángo has cited gospel, soul, hip-hop and house as the genres that make up his style. He gave a special shoutout to black people in Detroit and Chicago for birthing the house music genre.

[Read more: This Week in Number Ones: “The Box” squeaks along, but for how much longer?]

“Can You Feel It,” an entrancing 6-minute head-nodder with rich synths and bass produced by Chicago house legend Mr. Fingers, shook the speakers as Sángo delivered his brief dedication speech.

What Sángo and Soulection represent in their musical output is visionary, groundbreaking sound. In this age — where many mainstream hits consist of barebones production and trap drums — Sángo layers sounds so rich and decadent that you can’t help but keep indulging.

Quality over quantity is a phrase aptly used in the music industry. But when you’re a veteran like Sángo, high-quality masterpieces come in large quantities.

Support your local artists, and allow them to grow. In time, they’ll reward you with sonic nirvana. Thank you, Sángo.