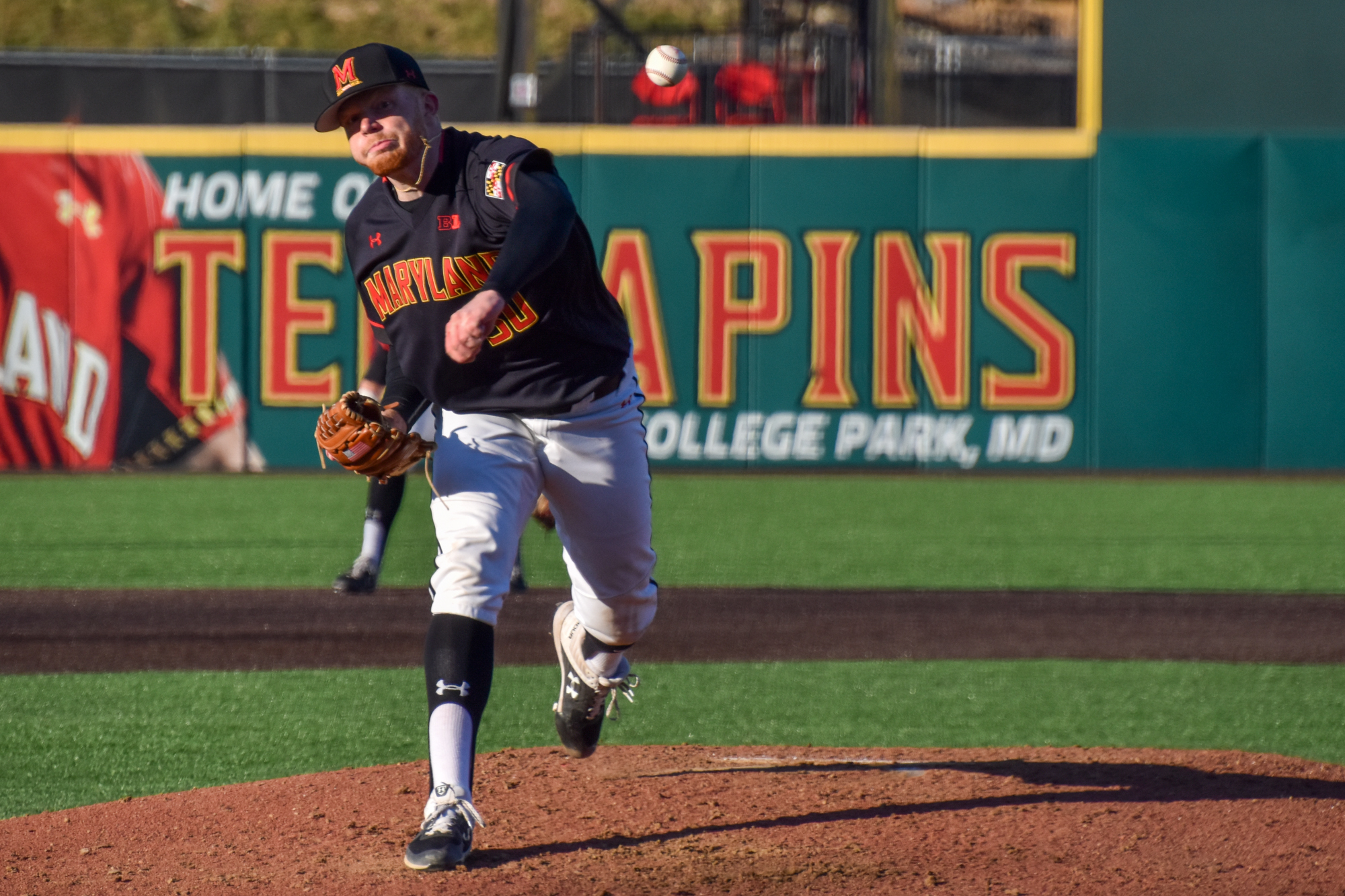 In its first seven games, Maryland baseball has outscored opponents 56-23, riding a scorching hot offense and dominant pitching to its best start since 2015. While the Terps have played some decent teams in the opening stretch, they have yet to face top-tier competition.

That changes this weekend, as Maryland (6-1) travels to Conway, South Carolina, to face the toughest test so far this season against Coastal Carolina (4-3).

But while the Terps’ competition will pose a more daunting threat, they remain confident and are keeping the same mindset they’ve had all season entering the series against the Chanticleers, the 2016 national champions.

“It’s not, ‘We’re playing Coastal, we have to be better,’” coach Rob Vaughn said. “It’s just we have to keep challenging ourselves every single day to just measure ourselves against our best brand of baseball.”

[Read more: In hope of returning to the postseason, Maryland baseball knows the value of midweek wins]

“It’s the same as any other game,” said left-hander Sean Fisher, who will take the mound Friday.

Coastal Carolina is propelled by an offense that tallies just under seven runs per game. But its pitching staff, which has collected a 2.43 ERA to start the year, excels too.

That rotation is led by right-hander Zach McCambley, who will face Maryland on Friday. The junior has a live fastball that sits in the low 90s, which has helped him rack up 18 strikeouts in two starts. He also has good command, issuing only two walks on the year.

It will be a difficult test for the disciplined Terps, who have thrived off free baserunners — they’ve drawn 46 walks and been hit 27 times already this season.

But the team feels prepared and is not letting McCambley’s gaudy statistics overwhelm them.

“We have trust in ourselves and our lineup,” right fielder Randy Bednar said. “If we get on base, the next guy will do the job.”

That trust extends to their pitching staff, starting with Fisher.

The junior has a 0.77 ERA and has allowed opponents to bat just .195 against him through two starts. Fisher said he wants to get ahead of the Chanticleers’ hitters and attack the strike zone early, as limiting free bases will be crucial if Maryland wants to win.

Similarly, the Terps are still working to clean up their defense. Maryland has committed 13 errors in seven games, a number Vaughn knows is far too high.

“All that stuff just compounds,” he said. “Maybe we get out of an inning and don’t give up any runs, but it taxes our pitcher on the mound.”

The rest of the weekend rotation will remain the same, with Vaughn tabbing right-hander Nick Dean and right-hander Sean Burke to start Saturday and Sunday, respectively.

Those two freshmen, along with the rest of the Terps, enter this weekend knowing how crucial these early-season tests are in determining a team’s success. But Vaughn and his group feel they are ready.

“We know what they’re capable of, we’re just going to have to match their energy and play clean baseball,” Vaughn said. “This weekend’s going to be a good barometer.”