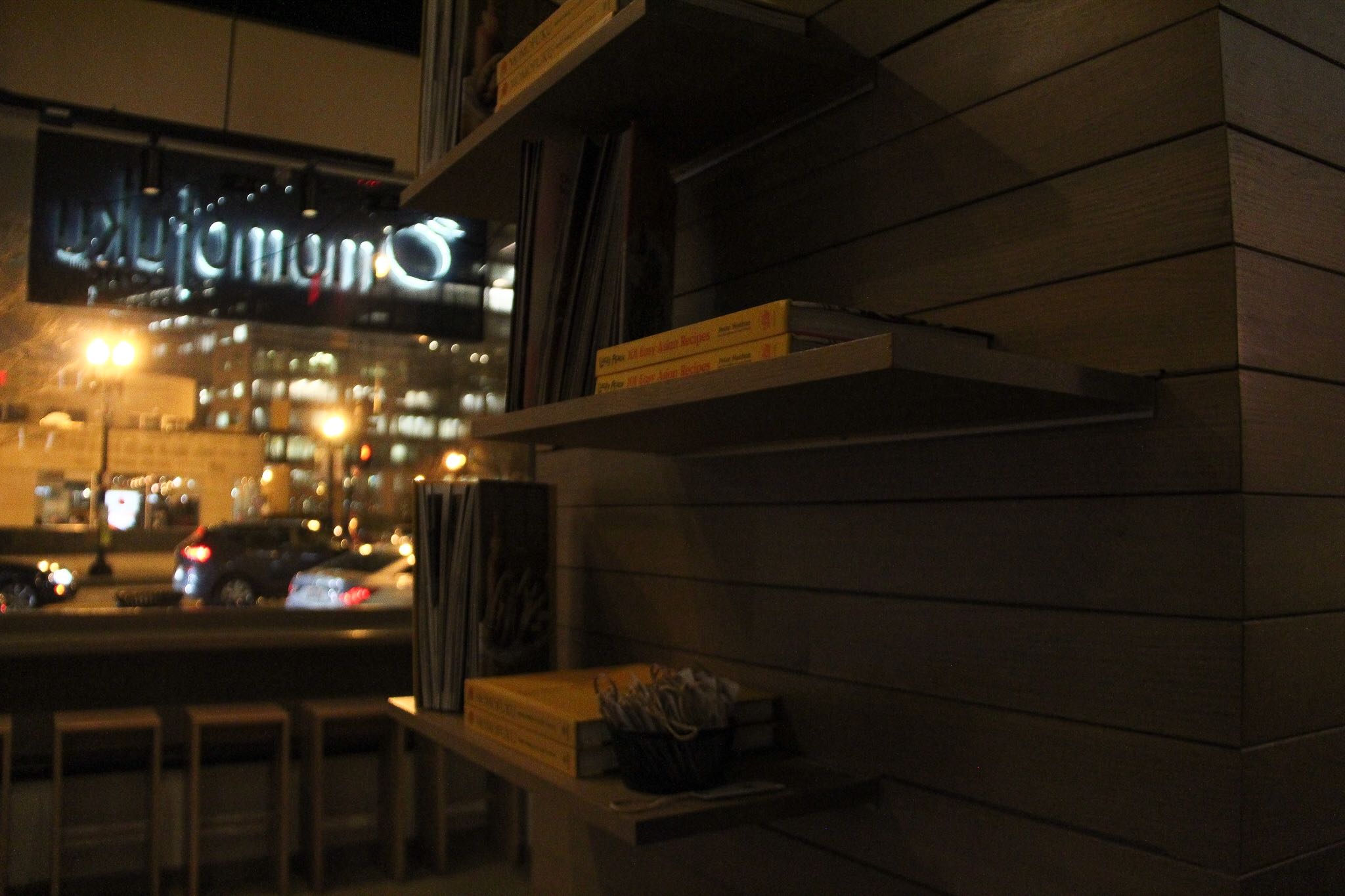 After opening Momofuku Noodle Bar in 2004, it took 11 years for David Chang to reach the District. In Washington, D.C.’s saturated Asian culinary market, it would seem to be a difficult task for an Asian fusion restaurant to assert itself as a legitimate competitor.

But Momofuku has proven its worth beyond words. During a meal there, only muffled “mmm”s and “oh my god, this is so good”s manage to leave the tongue, probably because the food on your taste buds is doing all the talking.

With an incredible artistic touch, the interior design is thought-provoking and ingenious. Ambient lighting collides gently with a neon “Milk” sign and a massive white-LED peach — the brand’s logo — carved into the wall. Milk Bar, its dessert-centric companion, boasts a serving window that opens into the restaurant for those craving sweets after an attack of savory.

There’s a lot to take in before finally being seated, but the time finally comes to wrap your head around what’s going in your stomach. When the server asks you, “Is this your first time dining with us?” a metaphorical bell dings. You infer two things: the server cares about your experience, and what’s about to happen is special.

And what’s about to happen, is bing.

Bing. A bread? A pancake? The best piece of dough you’ll ever eat? Yes.

The wheat-flour based Chinese specialty, made fresh to order and buttered to perfection, is served in a variety of ways. My group tried one with a side of honey butter, one topped with an unctuous french onion dip and one loaded with braised lamb and tzatziki, a Greek flare to a menu founded on fusion.

Our waiter told us his two favorite main courses, curry-spiced chicken and hand-cut noodles, both categorized under “Land & Sea.” The dish boasted thick-cut sheet noodles — tender with just enough chewiness — plated carefully atop a chili oil-infused clam broth that housed crumbled Sichuan sausage and pickled red onions. Every bite made me wish I could rewind and take it again, especially the final bite, when there was really nothing left but broth and shells.

[Read more: 11 activities to do in and around College Park on a day off]

That last serving of bing capped the meal off perfectly. A fully nourished brain truly works wonders, so much so that you wonder why anyone tries to think rationally on an empty stomach. My nutrified brain also thought about my wallet … so I opted for a bing with just butter. I found the butter far too sweet, so I instead swiped plain bing through those majestic puddles of broth.

In love with the idea of another serving of Momofuku magic, I ordered the dry-rubbed chicken wings to go. Their signature tingly salt didn’t strike the taste buds as strongly as I thought it would, but I might need to reevaluate with a fresh set of wings in-house.

If the decadent, heaping servings of bing don’t fill you up enough, slide to the Milk Bar counter and order their classic Milk Bar pie. Originally named Crack Pie, this buttery, sugary confection might have you addicted; bring only enough ($5.50) for that single slice or else you might buy them out of stock.

Washington, D.C. is lucky to host a global culinary phenomenon that sets up shop in only a handful of places. All hail the lucky peach.