After loss to Ohio State, Maryland men’s basketball dips to No. 9 in latest AP poll 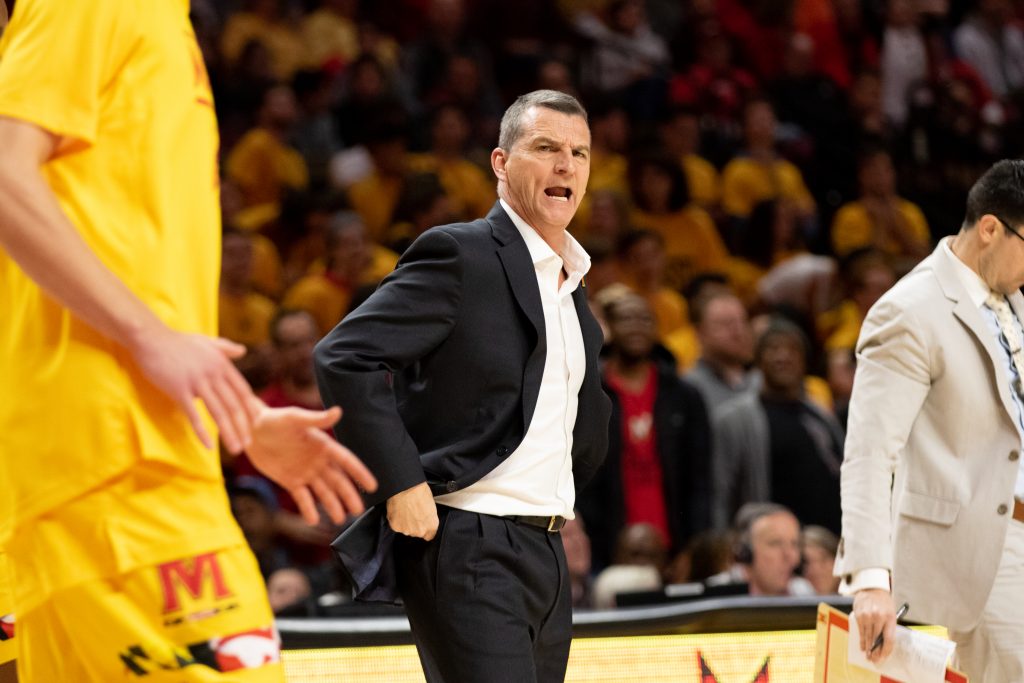 Maryland men’s basketball had the chance to jump even higher in the rankings with a win against then-No. 25 Ohio State on the road Sunday.

But the Terps lost too, 79-72, in a game made more difficult through off nights from guard Anthony Cowan and forward Jalen Smith. Coach Mark Turgeon’s team wasn’t favored heading into the matchup, and with Penn State’s loss earlier in the day, Maryland still holds an inside track to a regular-season Big Ten title. But the loss forced the team to slip two spots to No. 9.

[Read more: “Just one of those days”: Against Ohio State, Anthony Cowan struggled to get going]

ESPN basketball analyst Joe Lunardi had the Terps on the brink of a No. 1 seed for the NCAA tournament in a recent projected bracket — and a win over Ohio State would’ve pushed them into that seed, Lunardi said.

But Maryland’s still in a good position, and it’s not only because Lunardi still lists it as a No. 2 seed.

At 12-4 in the conference, the Terps hold a two-game lead over a host of schools — Penn State, Wisconsin, Iowa and Michigan State. Two wins from Maryland’s final four contests will guarantee at least a share of the Big Ten title, which would be its first since 2010 in the ACC.

“Didn’t play our best game, but we competed. That’s all you can ask,” Turgeon said. “We’re leaving this building 12-4, nine out of 10; lost one, maybe we can get a winning streak started again.”

Around the conference, the Nittany Lions dropped to No. 16 while Iowa jumped to No. 18 and Ohio State moved two places to No. 23 after beating the Terps. Michigan and Michigan State also moved back into the rankings at No. 19 and No. 24, respectively.

Much of the good this year has been facilitated through either Smith or Cowan. And while Aaron Wiggins scored 20, Eric Ayala added 16 and Donta Scott posted 10, combined 4-for-12 shooting from Smith and Cowan played a key part in the loss.

Cowan fouled out with about four minutes to play, receiving a technical for a frustrated kick-out near Buckeyes forward Kaleb Wesson’s head — Turgeon told reporters the kick was out of irritation for a no-call and not intended for Wesson. That left Cowan on the sidelines to see out the remainder of the game.

Smith, too, saw long stretches on the sideline in the first half because of foul trouble. That opened a door for center Chol Marial to receive notable minutes, but the offensive drop-off was evident.

Still, one loss in Columbus doesn’t derail what came before. Maryland finishes the campaign with games against Minnesota, Michigan State, Rutgers and Michigan, and it needs to find at least two wins from that bunch to earn a share of the regular-season title.