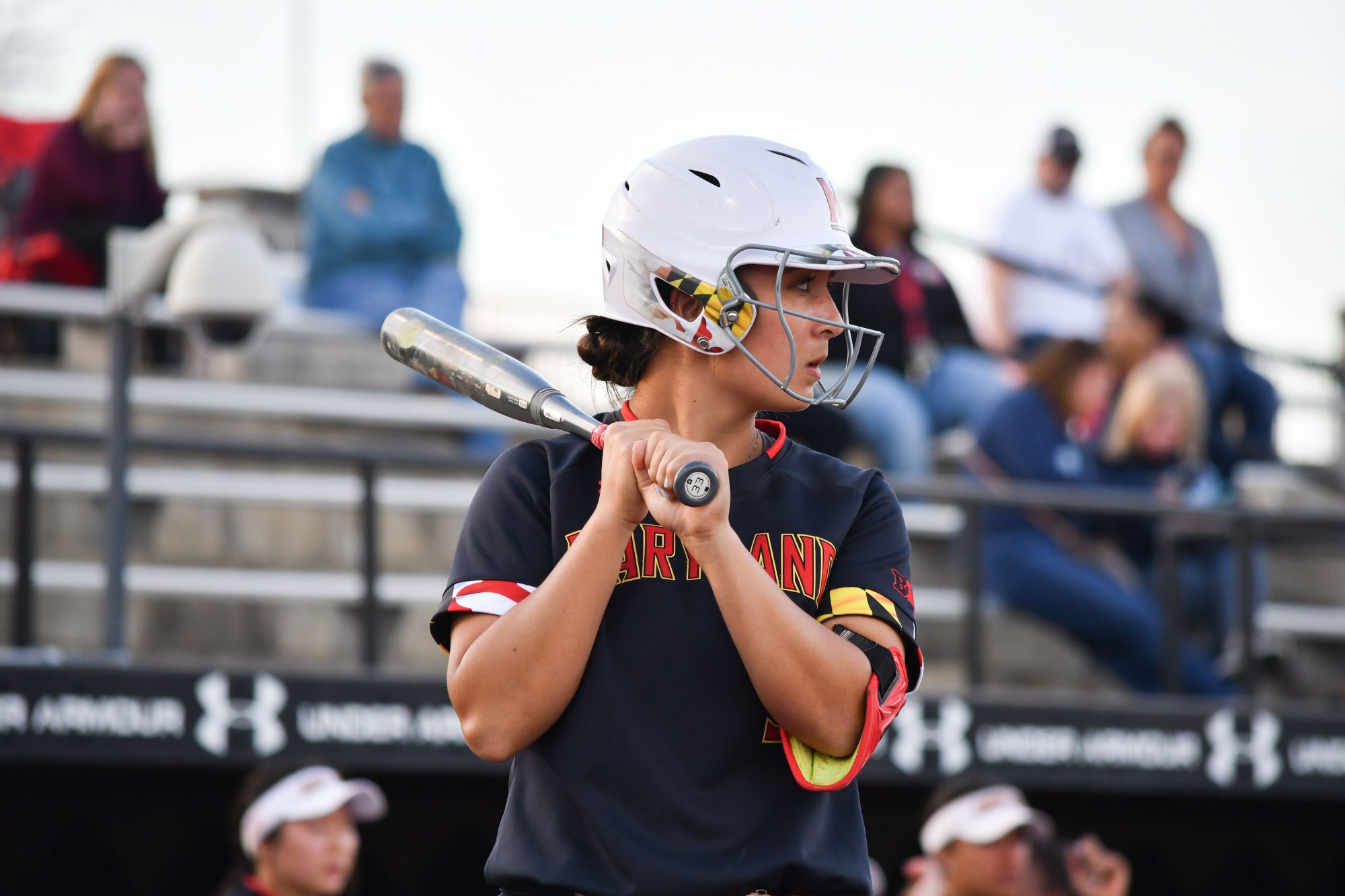 While Maryland softball dropped the first game of its doubleheader Saturday in a hard-fought 2-1 defeat to Monmouth, pitcher Courtney Wyche ensured a similar result wouldn’t be possible in the later affair against Evansville.

The freshman mowed down the Purple Aces at will, generating 15 strikeouts while allowing just one hit in a complete-game shutout win, 1-0, to help the Terps split the doubleheader.

Maryland had an impressive day defensively at the Eagle Round Robin Tournament, going without an error in either game and holding its opponents to just two runs combined.

In the Terps’ 2-1 loss, Monmouth took the lead early, getting on the board in the second frame. Designated player Amanda Hopeck singled, and infielder Deangie Jimenez replicated it one batter later. Then, outfielder Morgan Maziarz singled to send Hopeck and Jimenez home to put Monmouth ahead, 2-0.

The Terps got on the board in the third inning, starting with outfielder JoJo McRae reaching on an error by Amber Wozniak at third base. McRae stole second and advanced to third on a wild pitch. Infielder Regan Kerr batted McRae in for Maryland’s first and only run of the game.

[Read more: Maryland softball’s Taylor Okada is back from injury and ready to make an impact]

The Terps took on Evansville after their loss to Monmouth earlier in the day. Wyche threw 15 strikeouts and allowed only one hit on the game. Purple Aces infielder Jessica Fehr doubled to right field with two outs on the board but didn’t make it home after a strikeout by designated player Alyssa Barela.

The game was scoreless until the sixth inning, when infielder Taylor Okada walked and infielder Anna Kufta singled to send her home, giving Maryland a 1-0 lead that it would ride to the finish line.

Maryland has won three of its past four games after their blowout loss to Clemson last weekend. The Terps are now 4-8 on the season and will play their final game of the Eagle Round Robin against Georgia Southern on Sunday afternoon.