iPhone apps can’t compare to online games from the 2000s 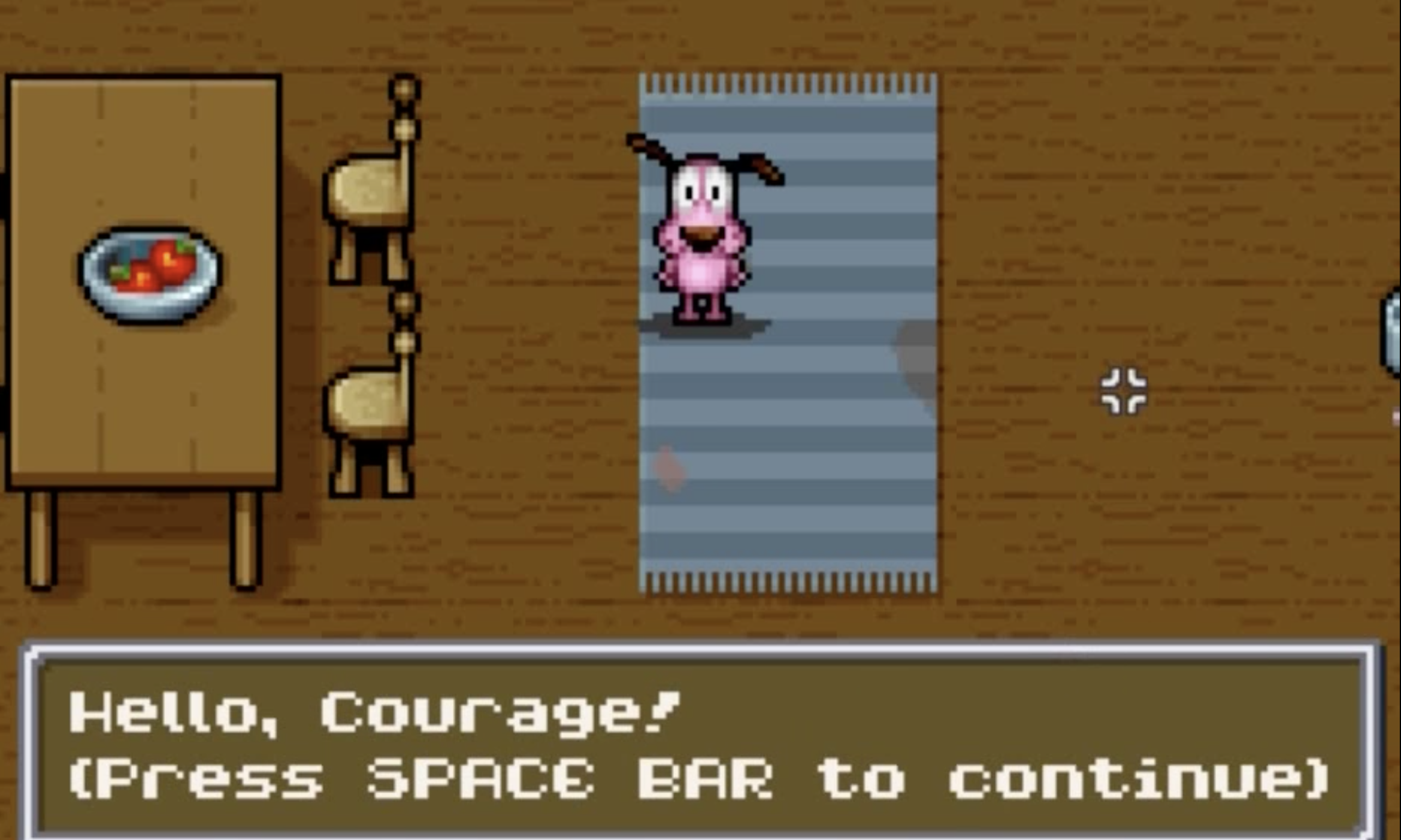 'Creep TV' is a game based on Cartoon Network's 'Courage the Cowardly Dog.' (Photo via YouTube)

When I got an iPod touch in middle school, it opened the door to a realm of exciting new games. I spent hours trying to boost my high score on simple masterpieces like Doodle Jump, Cut the Rope and Temple Run.

Sadly, those days are long gone. What once felt like a unique mobile gaming experience turned into mundane levels of Candy Crush with excessive advertising wedged in between. Mobile apps just feel like a way to kill time now, and they certainly don’t compare to the cornucopia of online games I played when I was younger.

A lot of my childhood favorite games can’t even be accessed anymore — some were removed from their original sites because they’re based on old TV shows, and all of them were created back when Adobe Flash Player was in its heyday. Since Adobe is preparing to phase out the software by the end of this year, let’s pour one out for the flash player and the games that enhanced my childhood.

Here are my top five:

My favorite games often came from my favorite shows growing up and, as an avid horror fan, Courage the Cowardly Dog offered something more unsettling than the other energetic Cartoon Network shows. In each episode, Courage has to navigate strange supernatural occurrences in his rural home. In Creep TV, Muriel and Eustace — Courage’s owners — are trapped inside a television, and players travel from room to room as the cowardly canine.

I loved the game’s retro 8-bit animation. This, paired with the overhead point of view, showed the beloved “middle of nowhere” home in a new way. I was filled with fear over the mystery of what could be creeping up on Courage in the next room. I played frightening games such as Slenderman in high school, so it’s not surprising that I opted for this age-appropriate counterpart when I was six.

In Bueno Rufus, the naked mole rat sidekick from Kim Possible is running a Mexican fast-food restaurant — and it’s your job to help him get those orders out as fast as possible. The frenzied assembly line of food includes stations for soda, salsa, nacho cheese and chocolate fudge. I’m pretty sure I liked this game because of my affinity for Mexican food.

Originally hosted by Disney Channel, the game is now on another site. Maybe I’m out of practice, but Bueno Rufus is more challenging than I remembered. I struggled to pour chocolate fudge on ice cream orders in time. Players can progress to the next level as long as they fulfill three orders. And while I satisfied this requirement, I couldn’t overcome the immense shame I felt from my failed orders.

[Read more: ‘Hot Ones: The Game Show’ and the magic of Sean Evans]

There’s definitely a food theme with these games. In Ice Creamed, players are tasked with rescuing the kids from Cartoon Network’s Codename: Kids Next Door from an ice cream factory. This game’s biggest strengths lay in its visual variety. Numbuh 2 flies a hoverpack through various rooms in the factory. Most games from this time kept it simple. Take Bueno Rufus, for example — the entire game is just the assembly line.

Ice Creamed was pretty challenging, which I admired as some games started to feel too easy. Players have to avoid unrelenting obstacles, such as falling icicles and chocolate syrup shooting out of tubes.

I’m about to serve justice for the original Teen Titans series in the only way I know how. I understand Teen Titans Go! caters to a younger age group, but I can’t hold back on saying the former series was superior.

But setting my love for the show aside, Battle Blitz is definitely the most sophisticated game on this list. Players can play as any of the teen titans. In a one-on-one fighting format, a titan of choice faces off against various villains from the show. The “final boss” is Plasmus, a towering figure formed from a sticky burgundy substance. Battle Blitz was the most difficult of these games because I never took the time to perfect the different fighting moves at my disposal on the keyboard. I don’t even think I ever beat Plasmus!

[Read more: This Week in Number Ones: Roddy Ricch Reigns for the Sixth Week]

Is anyone surprised I chose a food-themed game for the number one spot? I hope not. In Sandwich Stacker, Experiment 625 from Lilo & Stitch is given the task of stacking a scrumptious sandwich. Drops of mayonnaise and slices of bacon cascade from the ceiling, and it’s up to you to move 625 side to side to catch them. To mix things up, players must dodge the occasional smelly boot or rotten slice of meat to avoid spoiling their sandwich.

I think I’ve worked in food service for the past four years just to chase the same frantic thrill I get while playing food-oriented games like Bueno Rufus and Sandwich Stacker.