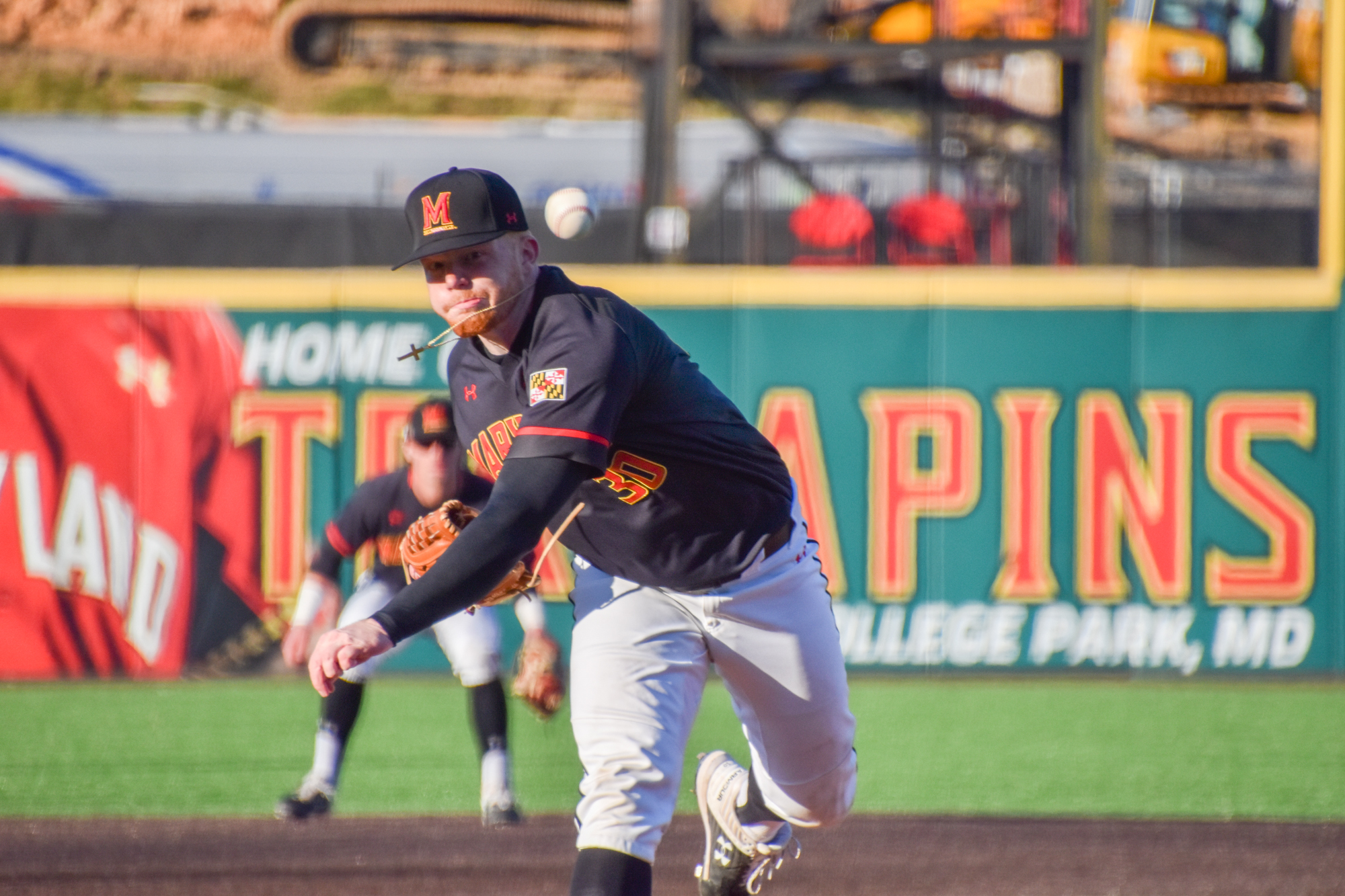 And while the Terps continued to rack up the runs Friday in College Park, they did so in a much different manner.

Maryland only recorded four hits but took advantage of a combined 12 walks, seven hit batters, and two wild pitches to defeat the Rams 9-3.

“I would’ve loved if that was eight or nine [hits], but the reality is we took what they gave us,” coach Rob Vaughn said.

Left-hander Sean Fisher picked up where he left off last Friday, tossing a hitless first and second inning.

And after a scoreless first for Rams right-hander Justin Cherry, the Terps (4-0) struck first.

Cherry hit two batters and gave up a single to load the bases, and freshman second baseman Aaron Perez worked a bases-loaded walk to pick up his first collegiate RBI.

And in the third, Rhode Island’s (1-3) woes would compound.

Cherry was lifted with one out and two runners on after sustaining an undisclosed injury. Right-hander Ryan Twitchell entered the game cold for the Rams and struggled, loading the bases for designated hitter Bobby Zmarzlak. And the freshman made no mistake, driving in Maryland’s second run on a single to center — his first career hit and RBI.

Two more runs came into score on a hit batter and a groundout, gifting Fisher a four-run cushion as he entered the fourth.

The left-hander continued to deal in the fourth but hit a bump in the fifth.

He put two runners on with two outs, before second baseman Josh Brodeur grounded a ball through the right side to put Rhode Island on the board. But the Terps would answer in the bottom of the inning.

With two outs, center fielder Chris Alleyne hit a popup straight to Rams shortstop Alex Ramirez. But Ramirez lost the ball in the sun and dropped it, allowing Maryland to plate its fifth run of the game and restore its four-run lead.

Meanwhile, Fisher got back in a groove. He tossed a scoreless sixth inning and picked up one out in the seventh before departing after 94 pitches. In his second start, Fisher worked through frigid conditions and allowed one run and five hits in 6 ⅓ innings, striking out four and walking one.

“It made me have to focus even more on attacking guys,” Fisher said of the weather. “I can’t really think about what I can’t control.”

Vaughn’s squad continued to take advantage of Rhode Island’s miscues in the seventh. It plated three more runs on a hit, error and wild pitch to take a 8-1 lead.

Much like last Friday, Vaughn turned to freshman right-hander Sam Bello after Fisher departed. While Bello wasn’t quite as electric as his scoreless appearance in his first outing, he struck out one and allowed one run in 1 ⅔ innings.

The Terps punctuated their performance with an Alleyne RBI groundout in the eighth, and right-hander Trevor LaBonte pitched a one-run ninth to seal the victory.

While the Terps’ offense continued to stay hot, it was the way it scored — relying on a lot of small ball and capitalizing on Rhode Island’s mistakes — that will be so pleasing to Vaughn, especially after showing clear signs of its offensive firepower in its first three games.