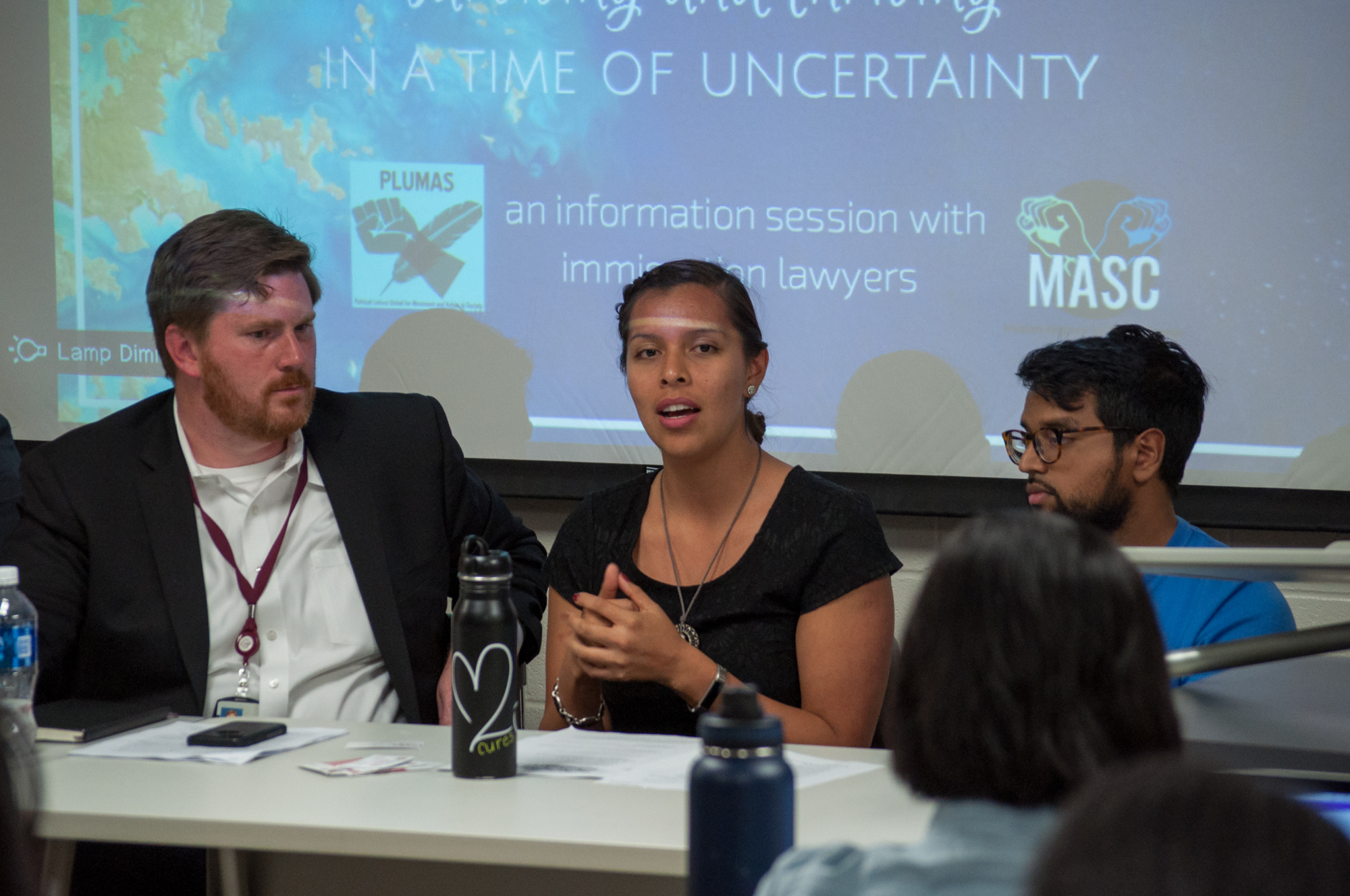 By Lillian Andemicael and Clara Niel

Undocumented student coordinator Laura Bohorquez Garcia said she will leave the University of Maryland in June, opting out of a new contract that would have allowed her to stay at the school under a different title.

She declined the offer on Monday, she said.

“I said no because I don’t think the position that was presented to me would serve students the way I think they should be served,” she said.

Bohorquez Garcia, who offers financial and emotional support to undocumented students through programming and counseling, has been in the role since 2017.

“I think that as someone who has done work at the national level and doing research at what other institutions are doing, we’re seeing there are more pieces to programming that need to be added,” Bohorquez Garcia said.

The university established Bohorquez Garcia’s position in the wake of the 2016 presidential election, after a coalition of student activist groups lobbied for the role. Her contract was temporary, but every year since 2017, students have pushed to renew or extend it — and succeeded.

Stamp Student Union director Marsha Guenzler-Stevens said there will be additional support for the immigrant, first generation and transfer student coordinator as the role expands. A position that Stamp has — but that is currently vacant — has been focused on off-campus and transfer students, but its duties will be expanded to “include that focus on first gen students, as well.” Stamp plans to initiate a search to fill that role “within the next month,” she added.

There will also be a graduate student that will assist with the new focus, she said.

The university is still working out the details of what the new role will entail, Bohorquez Garcia said. But widening the scope of her job would make it harder for her to serve undocumented students, she said.

“It’s a huge tragedy for us,” said Paula Molina Acosta, president of Political Latinxs United for Movement and Action in Society. “Not everyone in that position would go the lengths she does go to provide for students she’s responsible for … and we’re going to miss her so much.”

Student affairs assistant vice president John Zacker said the change is aimed to support a variety of students’ identities. Undocumented students can be a subset of other populations — such as transfer students, or first generation students — that the university doesn’t “necessarily serve as well as we could,” he said.

“Undocumented students will still be a primary role of this position, but we’re trying to attend to the other parts of their identities for which we’re not attending to at this point,” Zacker said.

Nick Hernandez Velasquez, a senior government and politics major and member of UndocuTerps — an on-campus group that supports students who are undocumented or from mixed-status families — said pushing more responsibility onto Bohorquez Garcia’s plate would be detrimental to the students who currently rely on her.

“Having a very broad position isn’t really going to help us,” Hernandez Velasquez said. “There’s really nothing else on campus that specifically helps undocumented students.”

Hernandez Velasquez, who became a permanent resident during the summer of 2019 after immigrating from Colombia when he was seven, said he was initially considered an international student at this university despite transferring from Anne Arundel Community College. The error concerned him, as it would have prevented him from receiving in-state tuition.

When he went to International Student and Scholar Services and the financial aid office, officials were confused and unable to help — some were even unsure what “DACA” meant, he said.

But Bohorquez-Garcia, he said, knew exactly how to help him. She referred him to residency reclassification services, and he was able to qualify for in-state tuition and remain in school.

“If they’re willing to create organizations and create aid for other marginalized groups, why can’t we have the same thing?” Hernandez Velasquez said. “Why do we have to be bunched up into first generation or migrant students? It’s like looking at it through a very singular lens.”

Many undocumented students pressed Bohorquez Garcia for an update on the status of her role in the past few months, as they felt they were living in a period of uncertainty, she said. As the Deferred Action for Childhood Arrivals program hovers in limbo, students have been coming to her with questions about how to navigate their status.

The turmoil has many DACA recipients and other undocumented students “wondering if they even have a place in this country,” said PLUMAS vice president Candela Cerpa.

“They don’t need the university to be questioning that as well,” she said.

Plus, Cerpa said, PLUMAS is worried about what will happen if the administration hasn’t found a replacement for Bohorquez Garcia by the time her contract is up in June.

Guenzler-Stevens said Tuesday that, if Bohorquez Garcia declined to move forward with the new position, they would need to follow a typical process for vacancies — trying to “pretty quickly stand up a search process that would be national in scope” in hopes that there wouldn’t be lag time between people.

Though they’re sad to see Bohorquez Garcia go, PLUMAS activists said they trust her judgement. And they intend to continue working with the administration to help shape the new role, Molina Acosta said.

“In the end,” she said, “we want to make sure that … the position that comes out of her leaving is a good position … that will still continue to provide explicitly for undocumented students.”