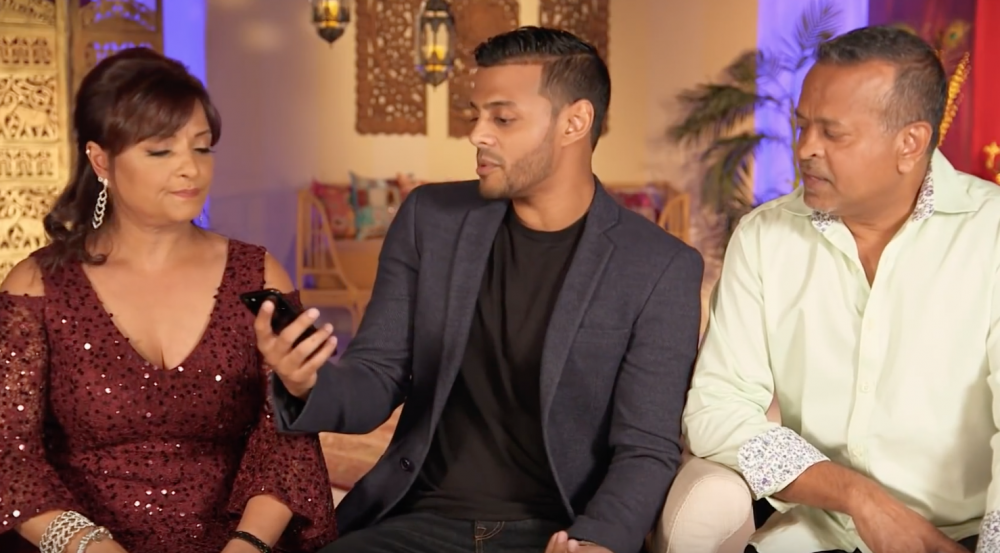 'Family Karma' is now on Bravo (Photo via YouTube.)

Popular reality TV shows may only offer a tiny amount of mentally stimulating content paired with a half-assed plot, but that hasn’t stopped me from binge-watching countless episodes of Keeping Up With the Kardashians or becoming emotionally invested with the lives of the contestants on Love Island. Bravo’s Family Karma, a show focused on Indian Americans, is only another reason I should continue partaking in this guilty pleasure of mine.

It’s not that I don’t enjoy watching Kim Kardashian cry over her lost diamond earring, and it’s not that I don’t enjoy hearing Ovie yell “MESSAGE” at the top of his lungs every time a Love Island contestant’s phone pings with a new text. But I do think it’s time for a reality show that offers a glimpse into the lives of first-generation Indian Americans, adding some flavor and spice into the vast and twisted world of reality TV.

Family Karma follows a group of seven close childhood pals as they navigate the trials and tribulations of their hectic personal lives in Miami. The group consists of Shaan Patel, Bali Chainani, Anisha Ramakrishna, Monica Vaswani, Brian Benni, Vishal Parvani and Amrit Kapai. The friends all are successful and affluent in their own ways. Despite that, drama is present at every turn, whether it’s with one another or between the notorious gangs of gossiping aunties.

[Read more: Netflix’s ‘To All The Boys: P.S. I Still Love You’ is a sequel that stands on its own]

Like other reality TV shows, Family Karma promises a season filled with heartbreak, drama and juicy plot twists. And although the show is not just here to give viewers a lesson on Indian culture, I do have hope that it will shed more light on the particular struggles many first-generation children endure while balancing a Western lifestyle with traditional cultural norms.

With the upcoming premiere of the show’s first season, the world of reality TV will be seasoned with some much-needed diversity. I’m looking forward to seeing how Indian culture will be portrayed in Western media, especially since the show’s entire cast is Indian or Indian American. Although the show revolves around late 20 and early 30-year-olds, I’m excited to finally watch some reality TV I can relate to.