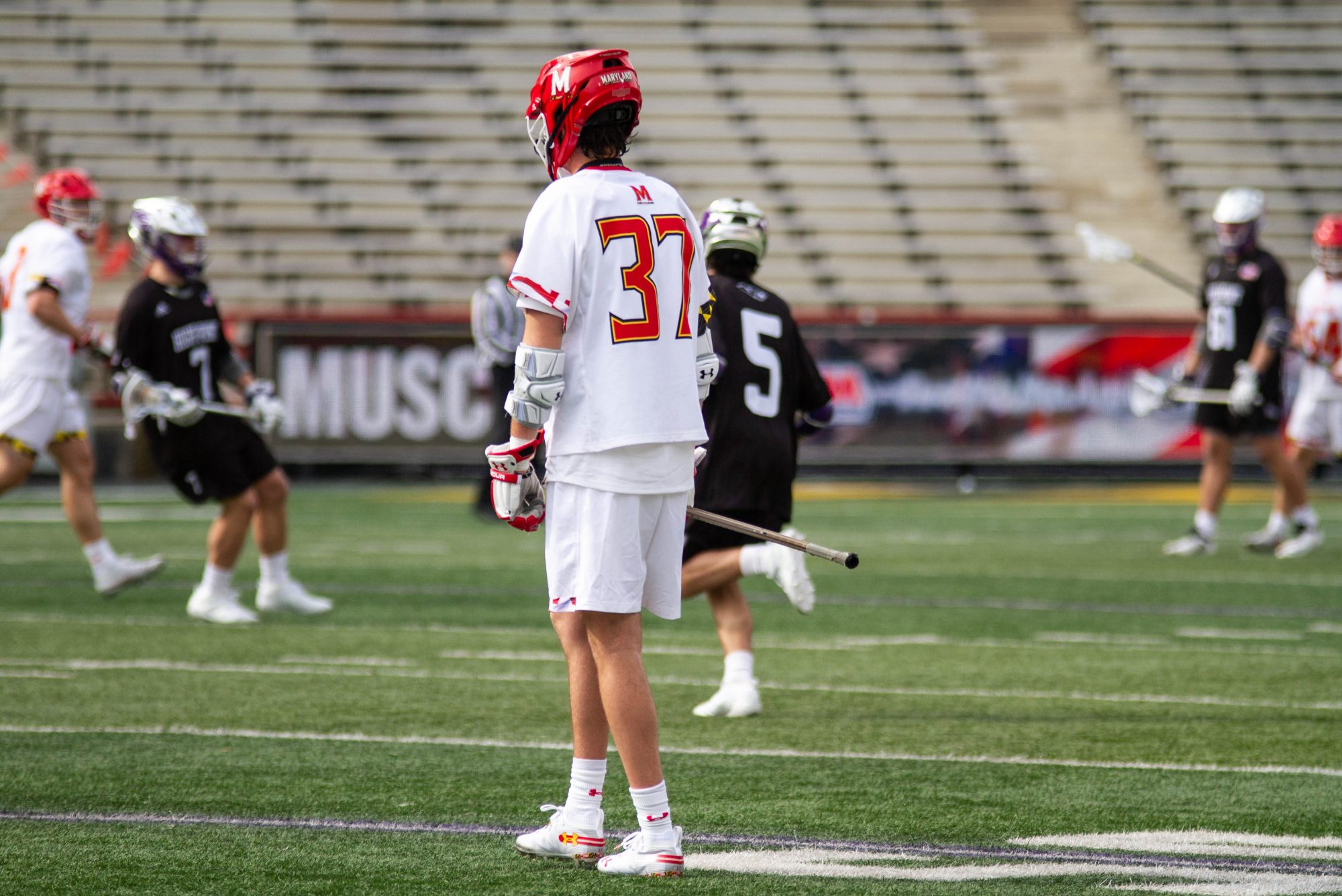 A whistle blew, and defender Owen Cauley trekked to Penn’s sideline, penalized for slashing. About 30 seconds later, Maryland men’s lacrosse attackman Daniel Maltz raced behind the net to celebrate with his teammates after converting from point-blank range during the extra-man opportunity.

With the Quakers’ lead cut to two, another whistle blew three minutes later, this time for Penn midfielder Matt McIlwrick’s push on Terps midfielder Kyle Long. And about 25 seconds after McIlwrick’s departure, there was Maltz again, arm outstretched, surrounded by teammates as he rollicked in the joy of yet another goal — his fourth of the day.

Coach John Tillman’s squad went 3-for-3 in extra-man opportunities Saturday, paramount in helping the Terps turn a six-goal third quarter deficit into a 17-15 victory, a positive sign after struggles in that stage of the game last year.

“I thought the man-up getting three today [against Penn] was huge,” Tillman said. “[When] teams make a mistake, if you can pump one in, it does go a long way.”

In 2019, the Terps were middling in man-up situations, finishing with a 30 percent conversion rate, the fifth-highest total in the Big Ten. Oftentimes, Maryland was so invested in creating the perfect chance on the power play that it sacrificed decent looks at goal.

“Sometimes, you’re up or you’re two man up, you’re looking for that perfect one, and it’s almost like you don’t want to shoot it,” Tillman said. “On offense sometimes, it can be tricky.”

So far this season, though, the Terps have been ruthless, scoring on five of their seven man-up chances — tied for the fourth best rate in the country.

Tillman’s squad scored a power play goal in each of its first two games. And despite their early-game woes against the Quakers, the Terps were bolstered by their faith in their extra-man unit, which became increasingly pivotal as signs of Penn’s physical and mental fatigue began to manifest in the fourth frame.

“We were more opportunistic,” Tillman said. “As the game went on, we were a little bit more patient and had a little more poise offensively and were able to find a better look than we had taken in the first half.”

Penn’s defense, concerned about the goal-scoring threat of attackmen Jared Bernhardt and Logan Wisnauskas, keyed in on shutting down Maryland’s Tewaaraton hopefuls. With space already opening up around the net due to the Quakers’ continual fouling, it was Maltz whose influence became more and more palpable.

“I’m just playing off of them,” Maltz said. “They get all the attention, and I just do the easy work.”

The lanky freshman thrice took up space in front of the crease during extra-man opportunities. Each time, Maltz’s effort flew past goalkeeper Patrick Burkinshaw — the first time a Maryland player has scored three man-up goals since 2006.

“I’m usually a crease guy, and having those guys attract so much attention,” Maltz said. “I just kind of find the soft spot, and that helps me a lot.”

Maryland’s penchant for man-up goals repeatedly came to the surface against the Quakers — best reflected through Maltz’s movement and positioning for his three extra-man tallies. And if he continues to find the soft spot on the power play, it’ll only serve as an extra boost to what has already become a potent attack through three games.