Even in a loss, Hannah Warther and Shaylan Ahearn stood out for Maryland lacrosse 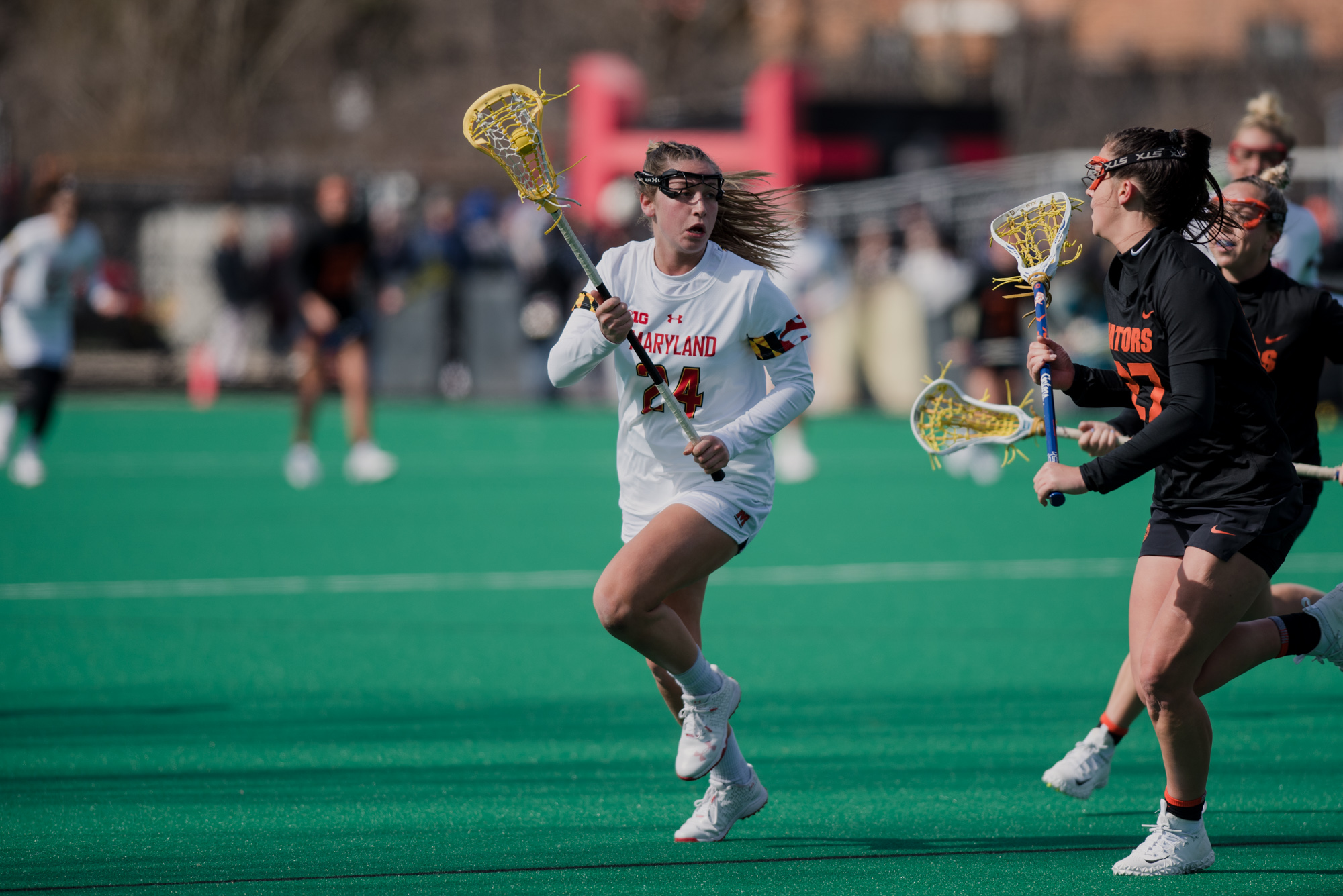 With less than 10 minutes to play in what had already been a contentious matchup between No. 1 Maryland women’s lacrosse and No. 14 Florida, someone needed to play hero for the Terps to overcome their two-goal deficit.

They found their catalysts in Hannah Warther, who equalized with a pair of goals, and Shaylan Ahearn, who secured a draw control to give her team a chance late.

The pair had been influential all game, but the elevated performances from the new additions to Maryland’s starting lineup weren’t enough to get past the career-high games from Florida’s Shannon Kavanagh and Sarah Reznick, as the Gators ended the Terps’ 86-game home win streak Saturday.

“We don’t like to lose,” coach Cathy Reese said. “It doesn’t happen all the time, but we need to learn from this and move forward.”

Florida and Maryland went back and forth to open the contest, with senior Kali Hartshorn and freshman Libby May leading the way for the Maryland offense — similar to last week’s 19-6 win over George Mason. Hartshorn bolstered her position at the top of the team for points with 11 through the first two games, while May converted her third free-position shot of the year and first goal from open play.

“We didn’t shoot particularly well and credit to their goalie who had a ton of saves,” Reese said. “That’s not a good combination. If the goalie is coming up with saves and we’re not shooting well, that’s hard to put goals on the scoreboard.”

[Read more: Even after dominant win, Maryland women’s lacrosse focuses on what it can improve]

Other players would need to step up, and Ahearn was first to boost the Maryland attack. She scored the opening goal of the half and the first of her career.

The Terps quickly found themselves on the backfoot as Kavanagh scored two goals in quick succession. Kavanagh put on a show against Maryland, scoring a career-high eight goals. The 2019 Tewaaraton Award watch list member brought her season tally to 12.

“She’s an awesome player,” senior Meghan Doherty said of the midfielder. “She’s competitive as heck, but we just didn’t execute what we were supposed to on defense.”

Ahearn tacked on a second goal after a feed from Warther, keeping the Terps in the game.

However, Florida regained its two-goal lead. Now it was Warther’s turn to tie, scoring two unassisted goals in a 36-second span.

“Hannah came out and she was a spark for us with that comeback,” Doherty said. “She was absolutely phenomenal and she always has been. She goes hard all the time. We need to look at her and see, ‘Okay, I need to give that 110 percent that she is giving.’ … We need to learn to take [Ahearn and Warther’s] energy and put it into our own game and then play well together.”

Warther finished her day with a career-high four goals and two assists.

Despite the strong effort from less experienced players, a clutch goal from Kavanagh completed the upset of the defending national champions. Still, midfielder Grace Griffin said Saturday’s performance was a strong indicator of how the younger players on the team will grow as the season rolls on.

“Having them engaged, staying with them, talking to them,” Griffin said. “Being confident knowing that we probably have more confidence in them than they do in themselves. Letting them fall into place, find their rhythm, find what works best from us and it will all come from there.”

Reese has emphasized that the team isn’t — and shouldn’t be — at their highest level of play at this point in the season. But Reese and her players feel they’re ready to get back to work this week after leaving their home turf with an unfamiliar feeling.

“That’s what we need to start to see as we go through,” Reese said. “We want to be an offense where any of the seven players on the field can score … it’s nice to see people becoming more confident as they get going and trust themselves.”

CORRECTION: Due to an editing error, a previous version of this story’s headline said that Hannah Warther is a freshman. She is a junior. This story has been updated.