“An open door policy”: How Darryll Pines plans to rebuild trust as UMD’s next president 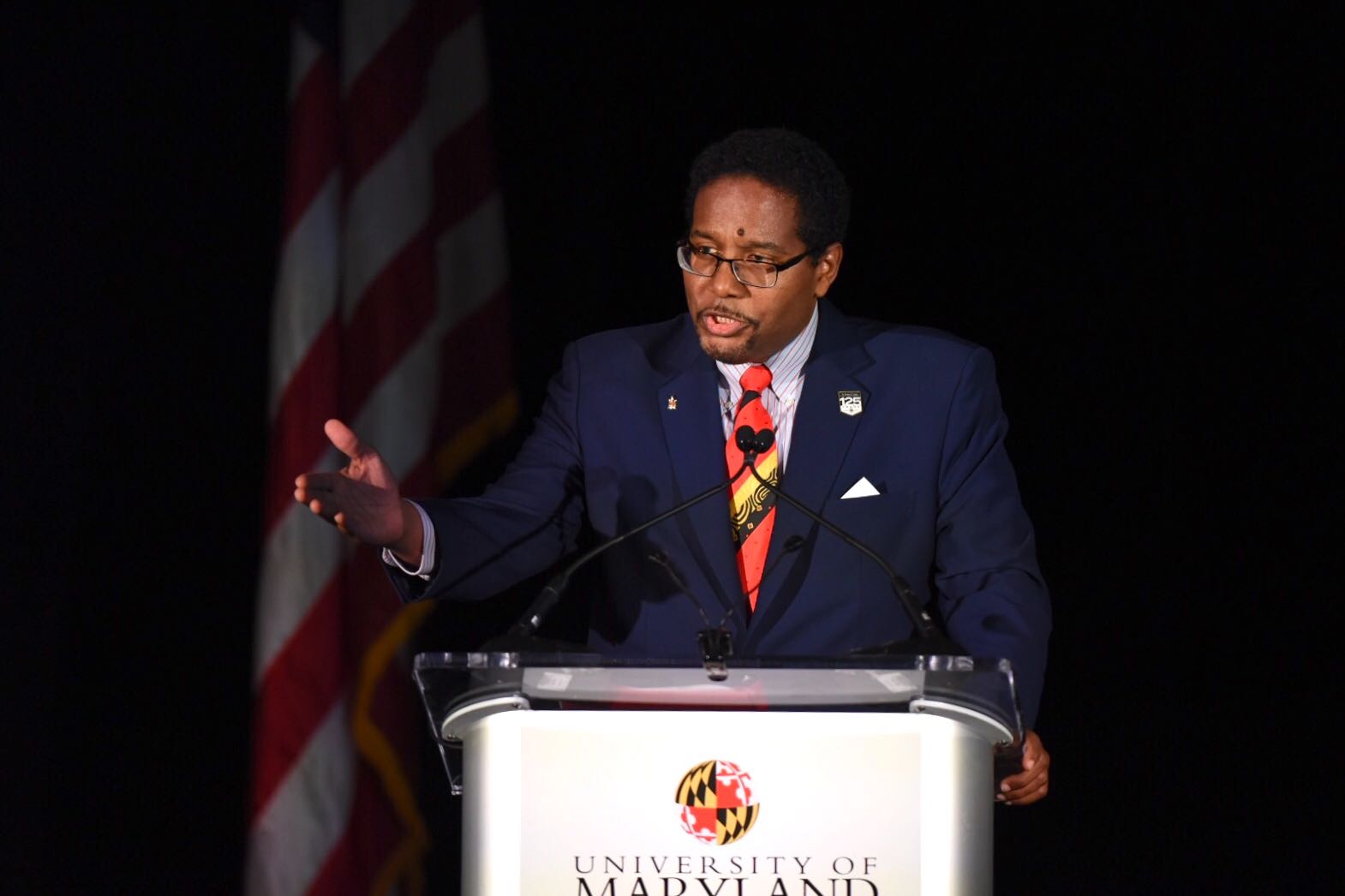 There are a lot of things Darryll Pines is worried about — the future, for one, and what it might hold for the University of Maryland.

But lately, the engineering school dean has been especially worried for his family. In the past 24 hours, Pines went from being a relatively private figure to a jarringly public one.

“I have never been texted, emailed or called that much in my entire life,” Pines said. “People I haven’t talked to for thirty years have emailed.”

The University System of Maryland announced Pines as the next president of this university Wednesday. A mechanical engineer by training, Pines has been an aerospace engineering professor since 1995 and engineering school dean since 2009.

Now, he’ll be charged with leading the state’s flagship university — taking the reigns of an institution still recovering from the swirl of tragedy, scandal and controversy that has enveloped its campus for the last few years.

Current university President Wallace Loh announced his retirement from a near decade-long tenure in 2018, following separate investigations into the death of offensive lineman Jordan McNair and an abusive environment in the school’s football program.

The latter investigation concluded that Loh and athletic director Damon Evans both bore responsibility for the team’s culture that proliferated under football coach DJ Durkin — and the other found that university athletic trainers failed to recognize and properly treat McNair’s heatstroke symptoms in time.

Still, the Board of Regents recommended that Durkin and Evans stay on with the university — a recommendation Loh initially honored, before firing Durkin a day later. Loh also announced he would be stepping down as president at the end of the academic year that week, but later delayed his retirement until June 2020.

In the time since, the university has also weathered criticism of its handling of adenovirus and mold outbreaks that swept through the campus in 2018. More than 40 students eventually came down with the virus, and one — freshman Olivia Paregol — died.

The university came under fire when The Washington Post reported in May that it had waited 18 days to alert the campus community of the virus’s presence. Still, a report released near the end of last semester concluded that the university’s response to the adenovirus outbreak followed state, federal and campus protocols — even though it had faltered in its communication between departments.

So, when he takes office in July, Pines will be faced with the challenge of building back trust with a campus community still reeling from the twists and turns of the last few years.

As a university president, Pines knows he won’t realistically be able to engage with every student the same way he can now as dean. But if there’s a big issue, he wants students to be confident that they can come talk to him.

“It’s like an open-door policy,” Pines said. “I hope they will feel that they have an advocate in the president’s office.”

He’ll start the effort to set this tone for his presidency on Friday, with the first of a series of events where he hopes to hear from students on their concerns about the university and potential solutions.

As dean, Pines works with an engineering student council — a set of undergraduate student leaders who offer insight into their classmates’ needs and pitch recommendations to faculty members. He’d like to use this feedback system as a model, he said, but it might take him a while to figure out how to get all campus constituents involved. He’d consider roping in the Student Government Association or Graduate Student Government, he said.

Pines also emphasized the importance of public service, especially as a “Do Good” land-grant campus — he wants to see more opportunities for students to collaborate and work with the greater community.

Pines is looking forward to working with the College Park Academy, and is excited for the area’s new childcare facility. While he hasn’t yet had a chance to sit down with the city of College Park and discuss potential ideas, he admires the partnerships Loh made in his time here.

“The hope is that this build out will eventually conclude, because we don’t want to be a perpetual construction zone,” Pines said. “But ideally, it’s also to build better bridges with the community.”

The purpose of a land grant institution, like this one, is close to Pines’ heart. He said he grew up in a poor area, and went to UC-Berkeley on a scholarship — an opportunity without which, he says, he wouldn’t be here today.

“Somebody gave me an opportunity,” Pines said. “So I truly believe in every embodiment of the land grant mission, and allowing every person from every zip code in the state of Maryland the opportunity to get an education from the flagship campus.”