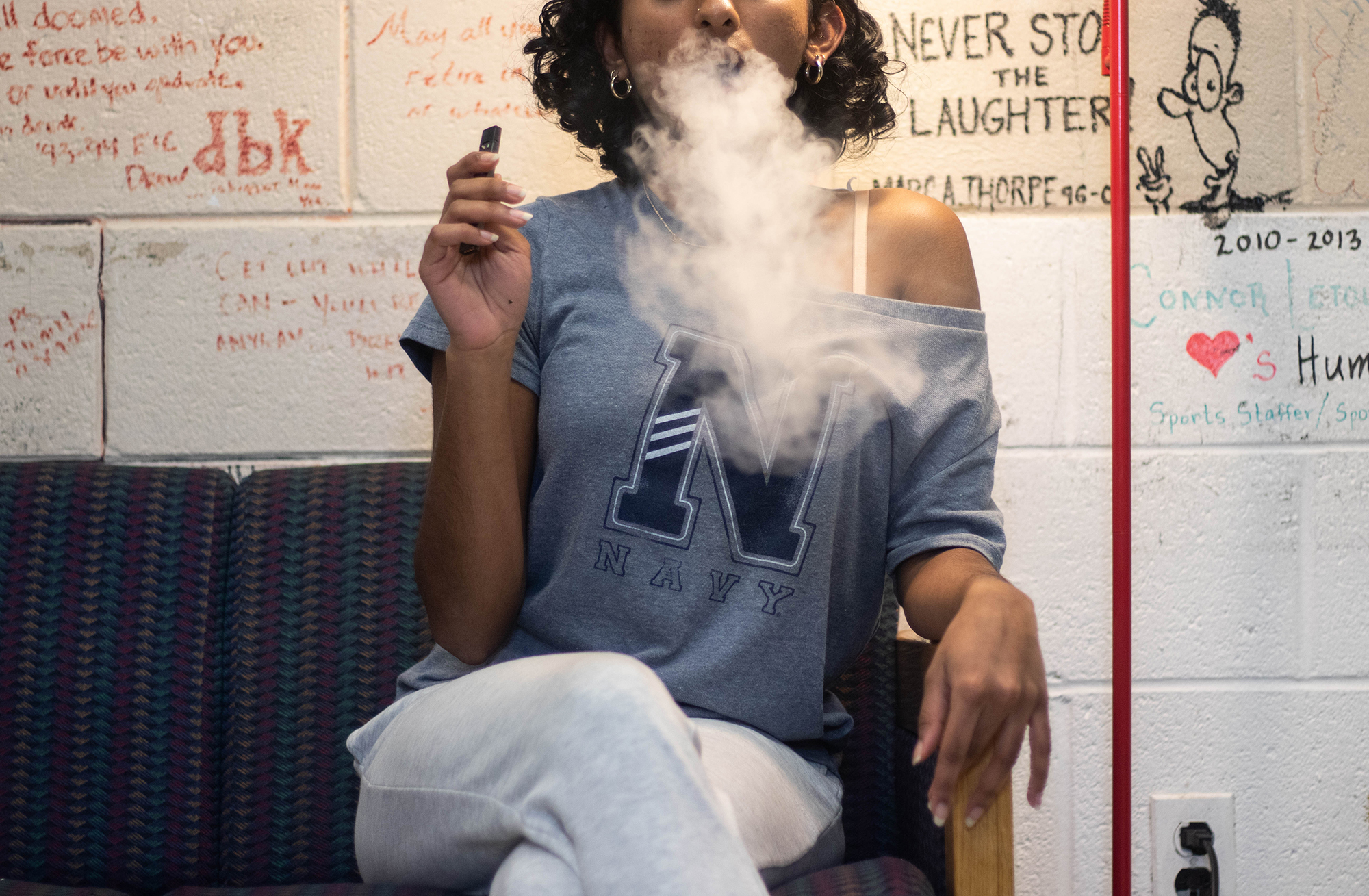 The Maryland General Assembly is considering a bill that would ban all flavored nicotine products within the state.

While a partial nationwide ban on flavored vape products took effect Feb. 6, the ban only prohibits certain flavors — such as fruit and mint — of cartridge or pre-filled vaping devices like Juuls.

In contrast, the proposed Maryland bill would include all tobacco products and ban any with flavoring, even menthol cigarettes. Under the law, vendors could receive up to a $1,000 fine and/or 30 days in jail.

The bill has garnered support from groups including the NAACP and the state’s Legislative Black Caucus. At a news conference last week, advocates argued that flavored tobacco products disproportionately affect minority and lower-income youth.

According to the Centers for Disease Control and Prevention, tobacco companies have historically invested more money into marketing their products to lower-income and minority neighborhoods — especially their menthol products, which would be banned under the proposed law.

“It’s about protecting our youth, and Maryland residents of all ages,” said Legislative Black Caucus of Maryland chair Darryl Barnes.

Only two other states — Massachusetts and New Jersey — have approved similar state regulations on flavored tobacco or vaping products.

The move comes after the General Assembly passed legislation last year raising the legal age to purchase tobacco from 18 to 21.

“This is a consumer protection issue,” Rev. Kobi Little, president of the Baltimore branch of the NAACP. “This is a justice issue. This is a public health issue.”

As of Jan. 21, there had been 2,711 reported cases of e-cigarette or vaping use-associated lung injuries that resulted in hospitalization, according to the CDC, including 60 deaths.

Caroline Pugh, a sophomore biology major at the University of Maryland, also supported the proposed ban. While she recognizes the value of e-cigarettes as potential smoking cessation tools, she also pointed out that flavored tobacco products seem to target a more vulnerable crowd.

“The marketing especially, it’s so targeted towards the younger populations,” Pugh said. “All the colors and the different flavors — like if there was just nicotine or just normal, like flavorless, people would be less incentivized to do it.”