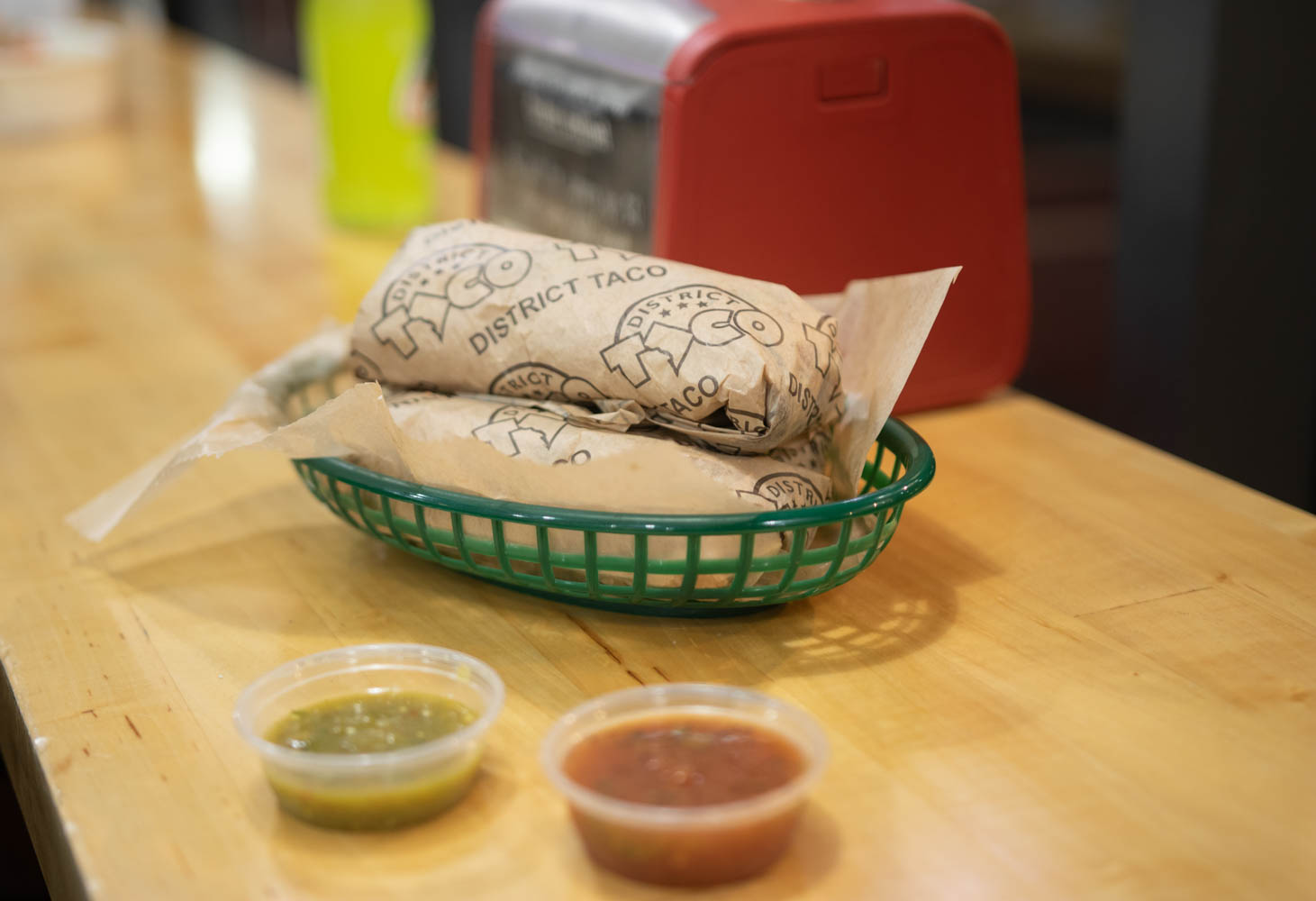 At Mexican eateries, I usually just accept whatever relatively-hot hot sauce is provided with a given dish or left on the table. Rarely do I get the chance to truly flex my sauce knowledge and create a too-spicy masterpiece, which is why the concept of a salsa bar is so intriguing to me.

The fast-casual restaurant’s salsa bar is a bit intimidating at first. You stare at vats and vats of red and green sauces, painfully aware that your choice is the difference between a cute little kick to your food and your tongue being melted into oblivion. So, I went ahead and tried every salsa because I know that’s what my readers want from me. I am merely your servant, dear reader.

I ordered a Burrito Desnudo — a basic burrito bowl with white rice and black beans — and added grilled chicken that’s better seasoned and more flavorful than any other fast-casual Mexican joint. (Don’t make me @ them.) I got the whole thing the “American Way,” which adds lettuce, pico de gallo and cheese to a bowl.

With the taste test suddenly looming, I became very aware of my taste buds’ frailty. “Jason, what have you gotten yourself into?” I thought to myself. But I persisted — it’s called journalism, look it up.

Now, to the salsa:

Somewhat earthy and sour, the tomatillo is the mildest of the bunch. It has a bit of flavor by itself, but it definitely got lost in the rest of the heavier flavors when mixed into my bowl. If you’re someone who doesn’t like a lot of spice, this is the salsa for you — but you’ll have to use a lot if you want to taste it at all.

Yes, I got pico on my bowl and then also some on the side — and what about it? It’s that bodacious. It’s light and fresh, with the ideal ratio of tomato, onion and cilantro. A bite of it on its own is also a nice way to cool down your mouth if you get too hot of a bite. I could eat a bowl of this by itself, but I won’t. For now.

My favorite out of the bunch, the chiltomate was surprisingly hot for a mere medium salsa. And though it was fiery, it wasn’t too overwhelming. The tomato flavor was potent and held up when mixed in with my bowl, perfectly complementing the other flavors.

The colorado almost immediately brought me to tears and threw me into an existential taste bud crisis. Yes, I am weak and have a relatively low tolerance for spiciness. But for some reason, I love the overly spicy foods that bring me such pain. Anyways, the colorado was grittier, with flavors that immediately lit up my mouth. It got hotter with each bite, but I couldn’t stop. It was so tasty that it was worth the suffering.

I must admit, green salsas are less enticing for me. And where the tomatillo wasn’t enough, the mestizo was too much. Too overwhelming, too sour. I could almost feel the steam escaping my lips between each bite and not in the pleasant way of the colorado.

Did I leave this exercise panting, teary-eyed and desperately in need of the blandest food imaginable to soothe my aching tongue? Yes. Would I do it all again? Absofuckinglutely.

And with the Riverdale Park location a drive shorter than the runtime of Robyn’s hit song “Dancing On My Own” — yes, I timed it — there’s no reason to not take a quick jaunt down Route 1 for some of the best Mexican food in the area.